Yedlin eager to prove himself at Newcastle after groin injury 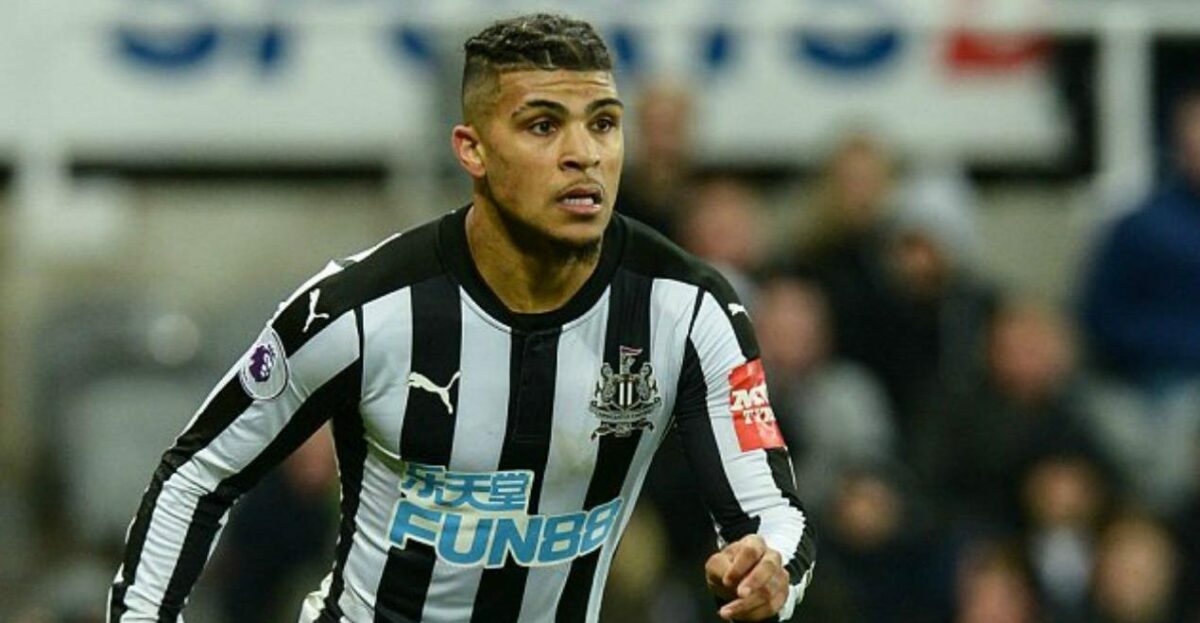 DeAndre Yedlin is back in full training with Newcastle United and he is looking forward to playing without pain for the first time in quite a while.

Yedin made 28 starts for the Magpies in the Premier League last season before missing the final two matches to return to the States for groin surgery in May.

“For nearly 18 months leading up to (the operation), I was having off-and-on pain in my pelvic region, and it got to the point where it became kind of tough to play,” Yedlin told Newcastle United’s official website.

Yedlin needed sports hernia surgery, which is supposed to have a quicker recovery timeline than a standard groin repair operation, which has helped him return to full training in good time. Newcastle have a new head coach in Steve Bruce and the injury has prevented him from truly proving himself to the new regime.

“The recovery for it was meant to be quicker than it was – there’s been some scar tissue issues and things like that, so it’s been a bit frustrating, especially with the new head coach coming in; you’re obviously trying to prove yourself but I wasn’t really with the team the whole pre-season,” he said.

“Now, I’m getting closer and closer. It’s just about going out and proving every day what I can do in training, and hopefully getting an opportunity in the games.”

The option to have surgery only came after Newcastle were safe from relegation at the end of last season and it came after months of playing through pain. The groin injury was nothing that was going to keep him from playing entirely, but it was affecting his pace out on the pitch. The pain also wasn’t a constant. Yedlin would take painkillers before some games just to make it through, but other times he wouldn’t feel anything.

The inconsistency of the injury related quite the internal conflict for the 26-year-old.

“Even in warm ups, I’d be thinking ‘it’s going to be tough to make it through this game.’ Once the pain killers hit in, you can’t really feel anything anymore and then adrenalin hits in but, yeah, it’s tough. As a player you don’t want to stop and then lose your place, but you’ve also got to do what’s best for you and for the longevity of your career.”

In the end, the need to overcome the injury won out and Yedlin decided to sit once Newcastle were out of relegation danger. After discussions with team doctors, he travelled to Pennsylvania for the surgery. After spending the summer recovering, he returned to full training at the end of August and is now fully focussed to getting into Bruce’s first choice team.

He has to prove himself above current right backs Emil Krafth and Javier Manquillo, who have split time at the position in Newcastle’s first five matches.

“My objective now is to get back to 100 percent and get to the point where I’m batting for a place on the field,” he said. “The guys on the right side, Javier and Emil, have done great and the team have got some good results, so it’s not like I’m going to just step right back in.

“I’m going to have to battle for that, but that’s the competition of the team and that’s what makes the team better. I’m excited and I’m ready to do that.”

Yedlin has been apprehensive about certain parts of his game, mainly his crossing.His balance isn’t quite back to where it should be and it has hurt him in certain game-like situations that require a pinpoint ball from a less than ideal position. He’s strengthening his core muscles in the gym and putting extra work in on long balls, shots, and other mechanics to return to full form.

He also wants to get back into the U.S. Men’s National Team setup after missing out on the summer’s Concacaf Gold Cup.

“I’ve had contact with the manager and they’re keeping updated on how I’m doing. This last international break was just a bit too soon but hopefully the next one, I’ll be ready for and hopefully I’ll have some minutes under my belt by that time, then really crack on from there.”