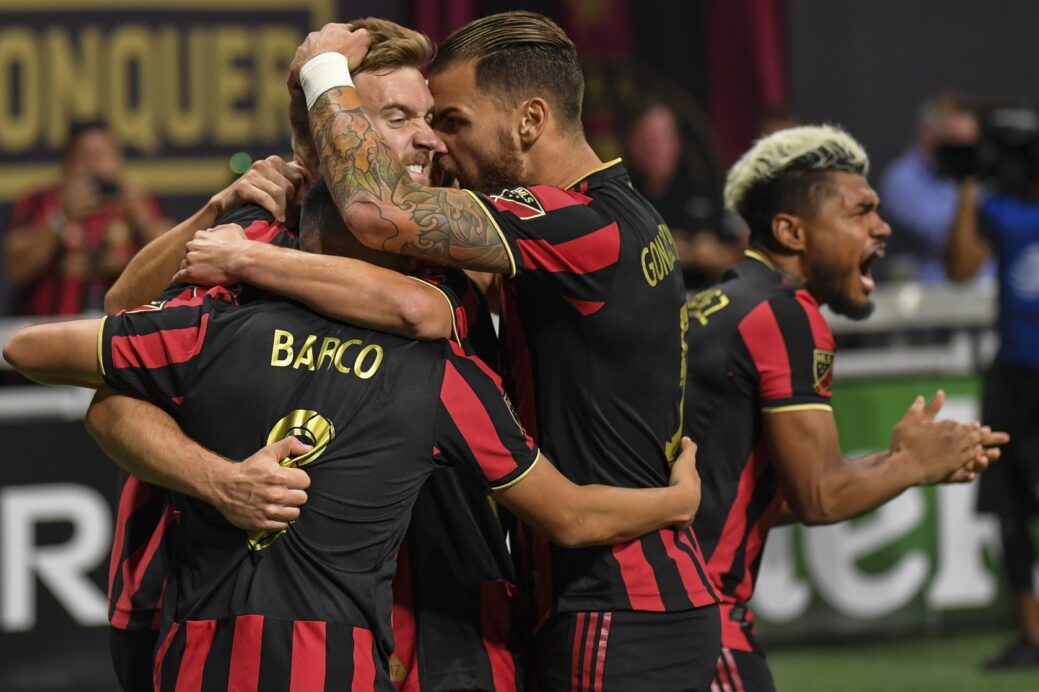 Atlanta United are on their way back to the Eastern Conference Final.

Frank de Boer’s side scored goals in each half at Mercedes-Benz Stadium to oust the Philadelphia Union 2-0. Julian Gressel scored the opening goal for the Five Stripes, before setting up Josef Martinez for an insurance strike late in the second half.

Gressel’s chipped finish into the left side of the goal broke the deadlock in the 10th minute. A mental breakdown by the Union defensively allowed the German to beat Andre Blake with a beautiful finish.

Brad Guzan denied Brenden Aaronson his third goal against the Five Stripes this season, rushing off his line and standing tall against the onrushing midfielder.

The Union held their own late in the half, but were unable to pressure Guzan at all before halftime.

Blake made a huge double save in the 60th minute to keep the Union alive in Atlanta. His first came on Franco Escobar on a high attempt towards goal, before the Jamaican denied Leandro Gonzalez Pirez’s header that look destined for the bottom right corner.

Substitute midfielder Marco Fabian had a good look after coming on, but Guzan was up to the task denying the Mexican from long-range.

The Five Stripes iced the home victory in the 79th minute as Gressel’s long ball allowed Martinez to get on the action. Mark McKenzie misjudged the pass from Gressel and Martinez roofed a shot into the top-left corner for his first goal of the postseason.

Jim Curtin’s side could not fight back for any late drama down South as they suffered elimination at the hands of the defending MLS Cup champs.

Atlanta United will next host Toronto FC on Oct. 30th in the Eastern Conference Final. A win will put them back into the final, seeking their fourth trophy over an 11-month span.

Gressel registered the opening goal before providing an assist on Martinez’s insurance strike. The German was lively all-around for the Five Stripes.

Aaronson had the best chance to put Philly on the board, but a gusty save from veteran goalkeeper Guzan helped Atlanta avoid any issues at home.

The Union attack of Fafa Picault and Sergio Santos were ineffective in the absence of leading goalscorer Kacper Przybylko.