Domenec Torrent unsure if he will return to NYCFC in 2020 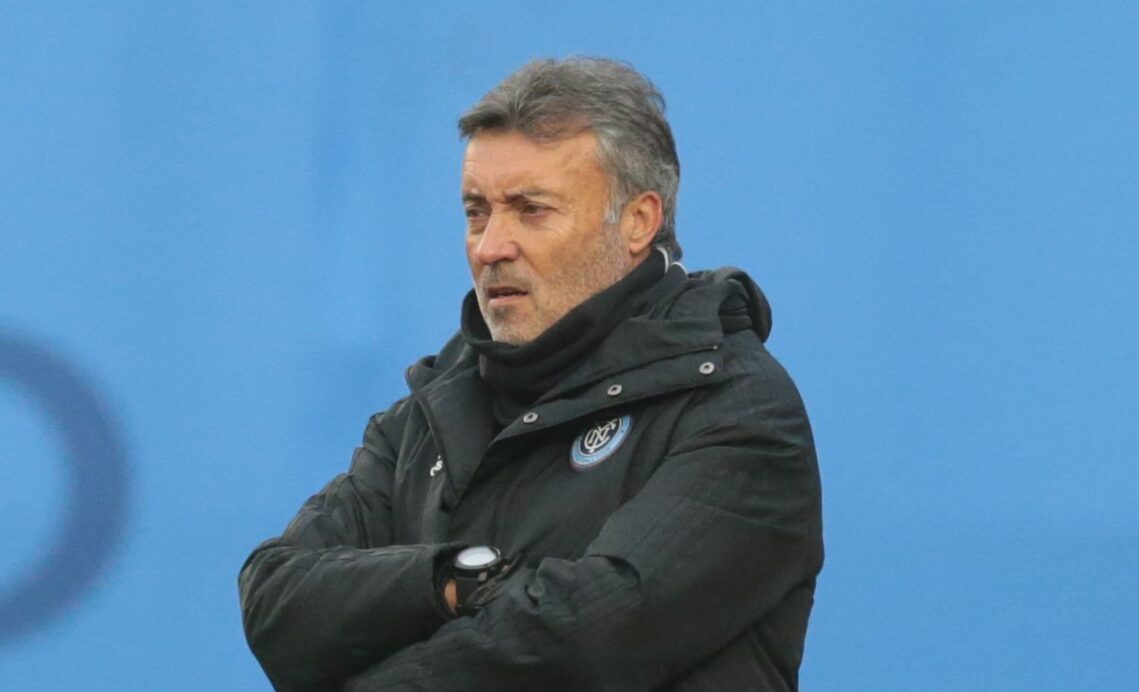 QUEENS, N.Y. — Tucked away in the press conference room in the bowels of Citi Field, Domenec Torrent fielded questions about New York City FC’s painful elimination. Interestingly, on one occasion Torrent repeatedly referred to the team as “they” when discussing its future prognosis.

Before long, he confessed. His time with the club may be at its end.

NYCFC was stunningly knocked out out of the MLS playoffs on Wednesday’s night, a pair of defensive gaffes dearly costing the club in a 2-1 affair vs. Toronto FC. Much of the discussion after the Eastern Conference Semifinals fixture centered around the 2019 season, but inevitably there was talk about what’s next.

What’s next? Potentially another coaching change.

“I don’t know,” Torrent said in Spanish when asked if he planned to return to the club in 2020. “A lot of news has come out, I’m not sure why right now, but that’s the situation. I can’t control that. Regardless, I have to go to Manchester to talk to people of confidence and in the end they will decide.

“Anything can happen. We’ll see.”

News of Torrent’s possible departure, which would mean NYCFC would have to appoint its fourth coach six seasons, may not come as much of a surprise. Reports surfaced out of Europe a couple weeks ago linking Torrent with an offseason exit, with Giovanni van Bronckhorst tabbed as his successor in New York City.

Still, after a season in which Torrent helped NYCFC surpass general expectations by finishing the regular season in first place in the east, one might be inclined to think the Spaniard would want to stick around rather than leave. The team is not an old team, and seems poised to be a contender in the east for some time.

Torrent, however, seems frustrated about how some things are being done at the club and plans to talk to City Football Group this offseason to decide what is best for everyone involved.

If that did not make it clear enough that the 57-year-old Torrent was strongly contemplating leaving NYCFC, his declaration on what he thought about the job of his coaching staff this season did.

“My technical staff has been excellent,” said Torrent in Spanish. “No one knows that they are professionals, the majority of which have worked 10-15 years for Barcelona teams, winning Champions (League titles). Maybe the reason we don’t have any injuries is because of them and how good they do their jobs.

“If you want to know if I have confidence in my technical staff, I will take them all if I go anywhere else. With that I say it all.”

Torrent, who finished second behind LAFC’s Bob Bradley for the 2019 MLS Coach of the Year award, bounced back this season from his rocky inaugural campaign with NYCFC. Torrent arrived in the middle of 2018 following Vieira’s departure for French club Lille, but could not get NYCFC to win consistently during the second half of the MLS campaign and suffered an early playoff elimination.

The end result was similar this year, but the manner in which NYCFC got to the point of competing in the Eastern Conference Semifinals was starkly different. NYCFC was significantly better and more consistent as a collective, especially on the defensive side.

Torrent has laid a solid foundation for the future for NYCFC, but whether he returns to build on that in 2020 is to be determined — if not already unlikely.

“The coach is not important,” said Torrent. “The important thing at this club is that they have renewed (deals with) very important players. Whoever is the coach next year will do a good job because he has very good players.

“They can get as far or even further than where we’ve gotten this year, no matter who is the head coach.”