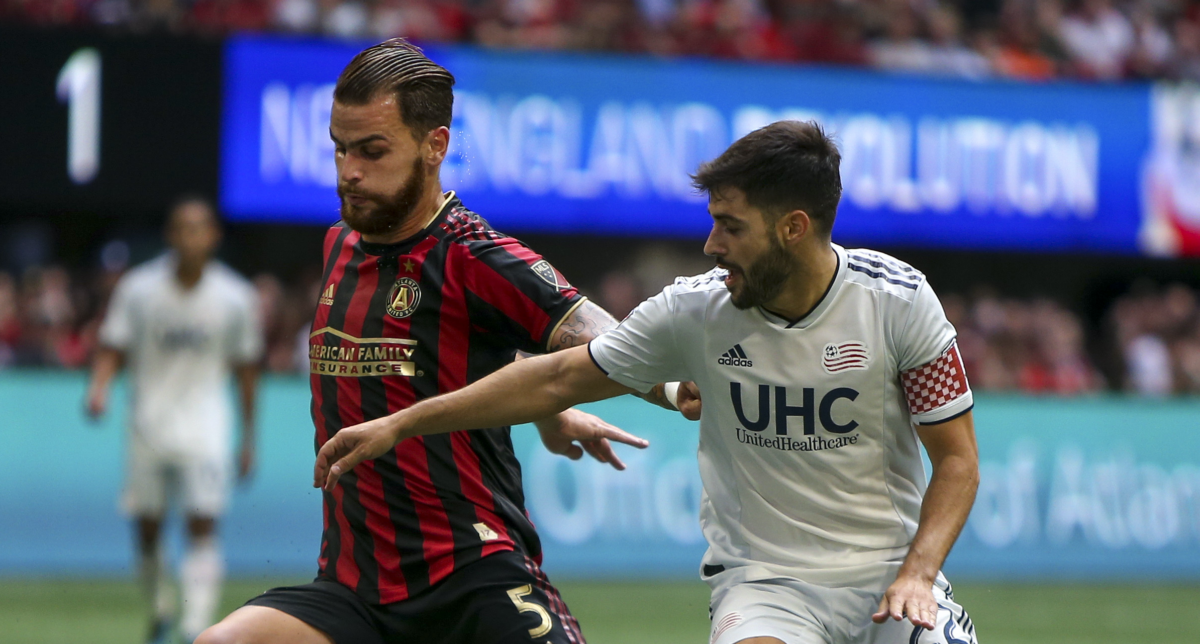 Six Eastern Conference teams begin their quest for MLS supremacy this weekend as the playoffs kick off.

A pair of East Coast rivals will meet in Chester on Sunday as the Philadelphia Union welcome the New York Red Bulls to town. It will be the third meeting in all competitions this season, with both teams splitting the regular season matchups. Kacper Przybylko and Brenden Aaronson will line up against the likes of Daniel Royer and Kaku at Talen Energy Stadium.

The defending MLS Cup champs remain at home for a second meeting with the New England Revolution in three weeks. Atlanta United will look to continue its dominance over the Revs, posting a 4-2-0 all-time record. Josef Martinez will once again lead the Five Stripes offensive attack, while Carles Gil and Gustavo Bou look to hit back for Bruce Arena’s side.

BMO Field plays host for the third Eastern Conference matchup as Toronto FC welcomes D.C. United to town. These sides drew on both occasions in the regular season, combining for only two goals in over 180 minutes of action. Alejandro Pozuelo is the marquee man for TFC, but will have to break down a stingy D.C. backline led by Steve Birnbaum and Frederic Brillant.

Here is a breakdown of the opening round Eastern Conference matchups:

SEASON SERIES: These two East Coast rivals split the regular season series with both claiming wins at home. The Union fought back to defeat the Red Bulls 3-2 at Talen Energy Stadium back in June, before the Red Bulls shutout the Union 2-0 in September.

MATCHUP TO WATCH: Aaron Long vs. Kacper Przybylko. The Union attack relies heavily on Przybylko’s hold-up play and movement up top, but Long is one of the league’s best one-on-one defenders and is capable of at containing him.

OUTLOOK – The Union are at home against a Red Bulls side that has struggled on the road, and has also struggled with consistency. The Red Bulls attack has been particularly weak, which will be what ultimately costs them against a Union side that is sure to create chances and find a goal or two.

SEASON SERIES: Atlanta United defeated the Revolution in both matches this regular season. The Five Stripes defeated New England 2-1 in Foxborough back in April before winning 3-1 at Mercedes-Benz Stadium on Decision Day.

MATCHUP TO WATCH: Edgar Castillo vs. Julian Gressel. The Atlanta United attack is at its best when Gressel is rolling, and he was outstanding in the most recent meeting between these teams. The Revs are hoping Castillo can return from his lengthy injury layoff to help contain the German-born winger. That may be asking a lot of Castillo, but if the Revs can’t figure out a way to contain Gressel, it will be a long day in Atlanta.

OUTLOOK: The status of Miles Robinson is still unknown after he left the recent U.S. Men’s National Team camp with a hamstring injury. If he can’t go, the Atlanta defense will be considerably weaker, which could spell doom against a dangerous Revs attack. That said, look for Leandro Gonzalez Pirez to step up if Robinson is sidelined, and look for Ezequiel Barco to have a big game against the Revs defense.

SEASON SERIES: Neither team picked up a win against one another this regular season, combining for a pair of draws. A 0-0 affair at BMO Field in May was followed up by a 1-1 scoreline at Audi Field in June. Wayne Rooney’s late penalty kick canceled out Nick DeLeon’s opener for TFC.

MATCHUP TO WATCH: Omar Gonzalez vs. Wayne Rooney. The D.C. United attack has been stagnating in recent weeks, and if it is going to wake up against TFC, then Rooney will need to shake free of Gonzalez, who has been a big part of TFC’s defensive resurgence.

OUTLOOK: TFC has been in excellent form in recent months, due in large part to a defense that has improved from an awful first half of 2019, but also because of Jozy Altidore, who remains a game-time decision as he recovers from a muscle injury. If Altidore can’t start, then TFC will have that much tougher a time breaking down D.C. United’s defense, but D.C. United’s own struggles with generating goals will be too much to overcome on the road trip to BMO Field.

How do you see the three Eastern Conference matchups going? Who do you see as the favorite among these six sides? Which lower seed is the most likely to pull an upset?