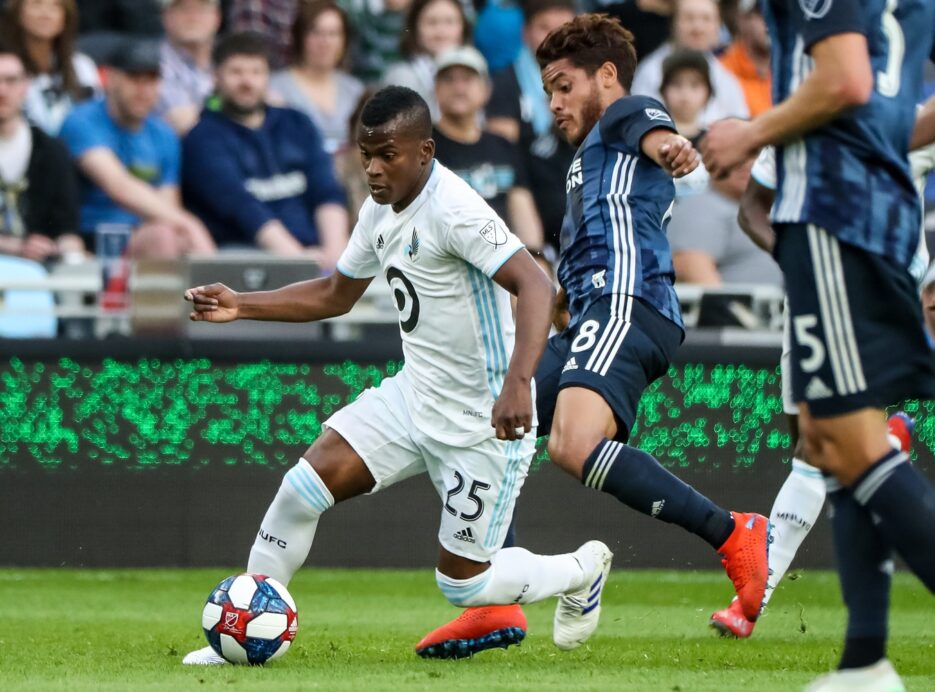 Los Angeles FC may be the favorite in Major League Soccer’s Western Conference, but six other teams will try to prove they belong beginning this weekend.

The most intriguing matchup in the West comes on Sunday evening as Minnesota United host the LA Galaxy. Adrian Heath’s side is playing in its first-ever playoff game in MLS, but will have the confines of Allianz Field to settle their nerves. Darwin Quintero will lead the Loons attack at home, while Zlatan Ibrahimovic tries to spoil the party for L.A.

Defending Western Conference champs Portland Timbers take a trip to Real Salt Lake in Saturday’s final match of a four-match slate. Giovanni Savarese will call on the likes of Diego Valeri and Sebastian Blanco to produce in midfield for the visitors. Real Salt Lake can call on numerous options offensively including Damir Kreilach, Albert Rusnak, and Jefferson Savarino.

FC Dallas has the biggest test this weekend as they travel to CenturyLink Field for an afternoon date with the Seattle Sounders. Brian Schmetzer’s bunch failed to defeat Dallas in either regular-season matchup, but haven’t lost at home to them since 2011. Luchi Gonzalez’s side will be led by youngsters Paxton Pomykal and Brandon Servania against the likes of Nicolas Lodeiro, Jordan Morris, and Co.

Here is a breakdown of the opening round Western Conference matchups:

SEASON SERIES: The Galaxy defeated Minnesota 3-2 in Carson back in March, but failed to break down the Loons backline in a scoreless draw in St. Paul over a month later.

MATCHUP TO WATCH: Zlatan Ibrahimovic vs. Ike Opara. The MLS Defender of the Year will go head-to-head with one of the best strikers to play the game. It will be a physical battle between these two stars, which may force some of the Galaxy’s other attacking options to step up.

OUTLOOK – Minnesota’s versatility will be huge in this contest against a Galaxy backline that isn’t at its best form. The Loons will try to hold possession against the Galaxy at Allianz Field, while L.A. can use the likes of Ibrahimovic, Antuna, and others to hit Minnesota on counters. We very well could have a low-scoring affair in St. Paul.

SEASON SERIES: FC Dallas defeated the Sounders 2-1 in Frisco back in June, thanks to a pair of Seattle own goals. The teams played out a scoreless draw in Seattle back on Sept. 18th.

MATCHUP TO WATCH: Jordan Morris vs. Reggie Cannon. These USMNT players will go head-to-head in Seattle with plenty of speed to be on display. Morris has had a strong season for the Sounders, while Cannon continues to develop into one of the league’s top right backs. The winner of this matchup could have a huge standing in the final scoreline.

OUTLOOK – The midfields for both teams will be huge with Seattle holding the edge on experience. Nicolas Lodeiro and Cristian Roldan will be going against the likes of youngsters Paxton Pomykal and Brandon Servania. Dallas will look to pressure the hosts at CenturyLink Field, but Seattle’s leaders could easily take advantage of them if they aren’t careful.

SEASON SERIES: The Portland Timbers swept the regular season series from Real Salt Lake 2-0. A 2-1 win at Rio Tinto Stadium in May was followed up by a 1-0 result at Providence Park to end the month of August.

MATCHUP TO WATCH: Diego Valeri vs. Kyle Beckerman. Kyle Beckerman’s physicality is RSL’s best chance of slowing down Valeri and the Timbers attack. If Valeri can break through Beckerman, Everton Luiz, and others than it could be a long night in Utah.

OUTLOOK – Real Salt Lake has home field advantage, but the Timbers are the defending Western Conference champs. The experience of several players on the Timbers roster could have the final say in this contest, but RSL will look to use their speed and creativity to get after their opponents.

How do you see the three Western Conference matchups going? Who do you see as the favorite among these six sides? Which lower seed is the most likely to pull an upset? Can anyone stand in the way of LAFC?