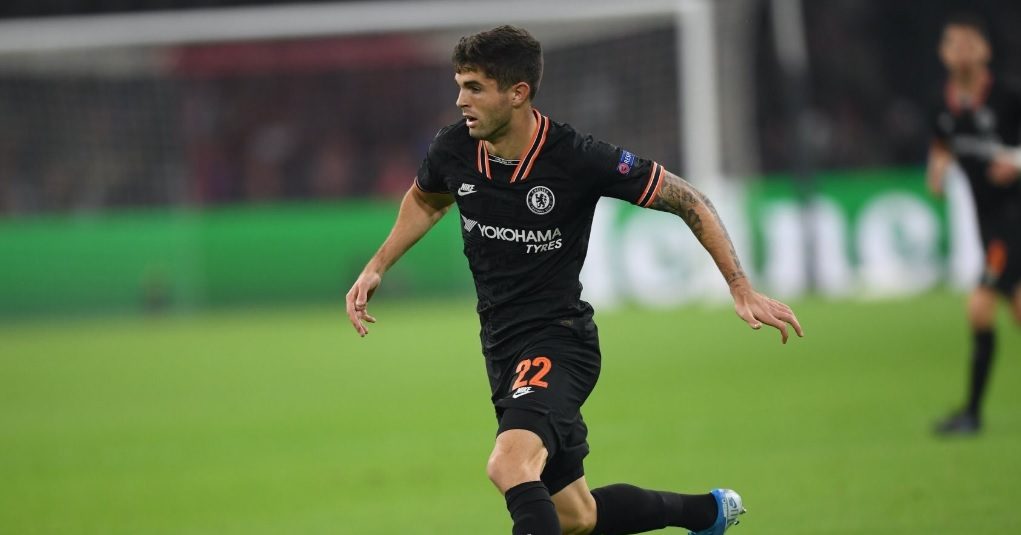 Christian Pulisic didn’t start Chelsea’s UEFA Champions League match against Ajax, but he had a big hand in finishing it.

Pulisic provided the assist on Michy Batshuayi’s 86th minute winner as Chelsea took down Ajax 1-0 on Wednesday. It was his first action in the Champions League this season.

The American came on as a substitute in the 66th minute and had a profound impact on the match. He completed 11 of his 12 passes, including the assist. His footwork on the goal was impressive. He dribbled around Ajax and fellow USMNT teammate Sergino Dest to get to the touchline before sending a pass through the Dutch-American’s legs to pick out Batshuayi at the top of the six yard box.

U.S. Men’s National Team head coach Gregg Berhalter and general manager Earnie Stewart were there to witness it as well.

Pulisic now has five assists in 501 minutes of action in all competitions with Chelsea this season. He recently earned Chelsea manager Frank Lampard’s praise despite not starting a game since the club’s 7-1 blowout win over Grimsby Town in the League Cup. The positive words came after he came off the bench to help set up a game winning goal against Newcastle.

Chelsea have two wins in three Champions League matches. They are next in action in the Premier League on Saturday afternoon against Burnley on the road. Their European campaign continues on November 5 against this same Ajax side at Stamford Bridge.