Sargent makes most of latest opportunity with USMNT 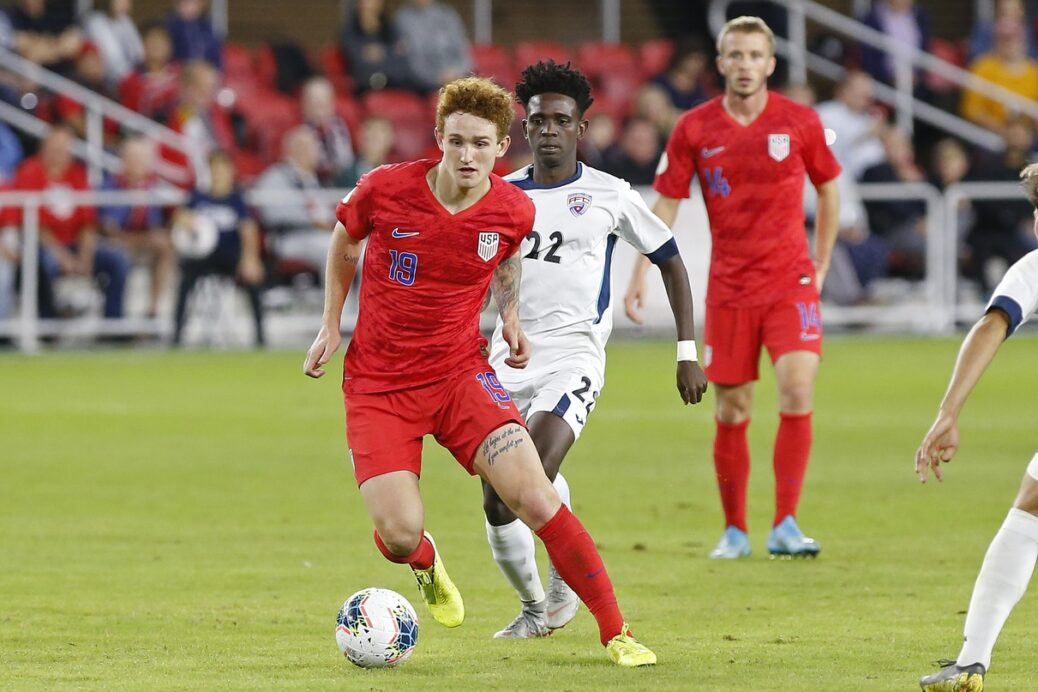 The U.S. Men’s National Team ran away with a confident 7-0 victory over Cuba in its inaugural Concacaf Nations League match on Friday, with Josh Sargent making the most of his latest opportunity in the starting lineup.

Sargent got the start for Gregg Berhalter’s side at Audi Field, three months after his last start at the venue, and scored one goal in the lopsided win. Not only did Sargent find the back of the net with a composed finish, he put in a strong 90 minute performance that should give him confidence going forward.

“We’re in a phase now where we want to continue to learn the players and develop them going forward,” Berhalter said. “Today’s example was using Josh in a good way, playing balls into him, having him lay balls off to his teammates, and making runs behind the Cuba backline.”

“Josh’s movement inside of the box was okay, but the goal was good and he also had another chance after the goal which was good. We want to continue working with him inside and outside of the penalty box. The kid is 19-years-old, he is a real bright spot and it’s exciting to work with players like that. His work rate is excellent, his attitude is excellent, he’s performing at a very high level at Werder Bremen.”

With Jozy Altidore out of the picture this month due to injury, Sargent has been granted an opportunity to continue his development under Berhalter’s system. The USMNT raced out to a 6-0 halftime advantage, before adding a seventh goal after the interval to draw level with Group A leaders Canada heading into next Tuesday’s showdown at BMO Field.

Sargent has been able to use his positive start to the Bundesliga season in his return to the USMNT. He recorded a team-high six shots in Friday’s win, with his goal now giving him three in 10 caps all-time for his country. Despite only one goal on the evening, Sargent was excited about the performance as a whole from the team even though they could’ve left with a much larger scoreline.

“As a striker especially you always want to score,” Sargent said. “It was a relief to get that goal out of the way. The team was playing well together and we’re happy for it.”

“I would say even though we went into halftime with a big lead, we still could’ve done a few things better or taken advantage of some more chances offensively. Not to be disrespectful, but the way we want to play is to score goals so we definitely are aiming to score as much as we can. In the second half we could’ve come out a little bit better.”

Friday’s win now sets up the USMNT with a highly-anticipated date with Canada, their first since 2016. A win would give the USMNT the top spot in Group A heading into the final set of group stage matches, which take place in November.

Sargent will battle with Gyasi Zardes for the starting striker spot at BMO Field, but now has confidence heading into the clash regardless of the opponent. It will be a tougher test against Canada unlike Cuba, but Sargent and the team are ready for the challenge that lies ahead.

“We’re really just focused on one game at a time so we weren’t overlooking Cuba knowing that Canada was right around the corner,” Sargent said. I’m sure the next few days we will be watching a lot of film on them to prepare and we will be ready.”

“I think for us these are the games that will help our team grow,” Berhalter said. “We are really looking forward to it, it will give us a chance to learn from it. It’s going to be a potentially hostile environment and it will be our first chance together playing away from home. Everything lines up for us to really test ourselves against Canada. It’s a well coached team, I think they have good players from the back to the front and we’re excited for the opportunity.”