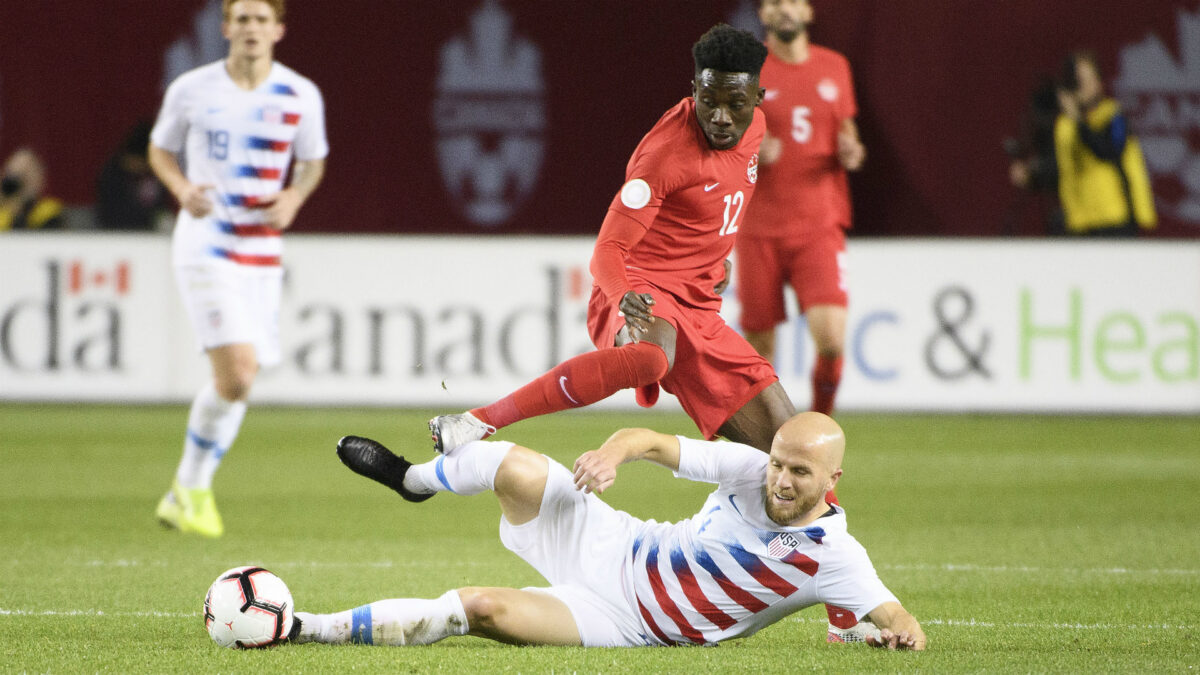 You would have thought the U.S. Men’s National Team missed the memo that there were real stakes involved in Tuesday’s match against the Canadian National Team. If the Americans were oblivious, they should have figured it out pretty quickly, when Canada jumped all over them from the opening moments of the match.

Even after Canada played the role of gracious hosts by missing some golden scoring chances in a goal-less first half, the USMNT slept right through the halftime alarm. USMNT fans hoping to see a second-half resurrection were instead treated to more of the same disjoined and directionless soccer.

More alarmingly, the Americans continued to be out-hustled and out-fought by a Canadian team that beat the Americans playing the same way the USMNT used to be known for playing.

What the USMNT lacked in desire, the Canadians had in abundance, which led to a one-sided encounter between one team playing with purpose, and another playing with little sense of urgency.

“(Canada) treated it like it was a cup final,” Bradley said. “They stepped up harder. They reacted quicker to every loose ball. In all the little ways, in a game like that, they were on top of things. When you have a team that has the upper hand in all those ways, over the course of 90 minutes, the bar swings in their favor.

“You can talk about tactics, this that and the other, but it’s just again, on a night like tonight, it’s just over the course of 90 minutes you have one team, play by play, minute by minute, that just manages to gain the upper hand and has a better grip on the game. Again, just because of what they put into it.”

Canada’s desire shouldn’t have come as a surprise considering it was one of the key talking points heading into the match. Canada coach John Herdman was prescient when on Monday he said Tuesday’s match wasn’t about tactics, but which team fought harder.

Herdman was confident his team would be up for the fight, and the Canadians certainly where. Unlike the Americans, who played soft and uninspired soccer.

“When you saw the emotion that they played with. Guys like (Samuel) Piette, (Steven) Vitoria in the back, these guys were playing with emotion and we didn’t match that. It carried them into being physical on every play, sometimes on the borderline of being a little bit dirty, but that’s soccer. That’s how the game is played sometimes and we have to come to terms with that side of the game.”

The USMNT has much more to come to terms with than just that. The effort was lacking on Tuesday, but so was the quality, and leadership, and the lineup selections. As much as Tuesday’s loss was about a group of young players enduring growing pains, it was also about a coach going through his own struggles to adapt to his first international coaching job.

The good news for Berhalter and the USMNT is they don’t have to wait too long for some redemption. They face Canada in Orlando in a month, in a match that will let us know whether Tuesday’s dreadful performance was just another case of growing pains for a young team, or the new normal for the USMNT.