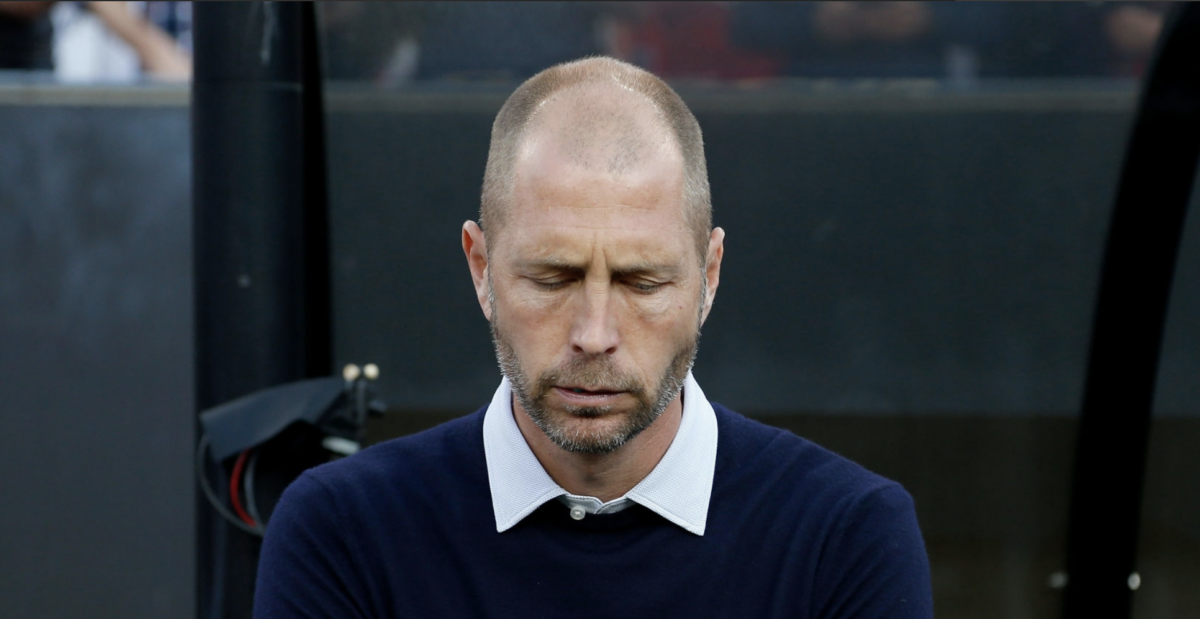 Trying to integrate a new and complicated system into a national team setup is difficult enough given the time constraints that come with leading a national team. Trying to do that in your first international job is a task that Gregg Berhalter and U.S. Soccer are learning is brutally difficult.

Earnie Stewart surely knew this when he made Berhalter his hire as U.S. Men’s National Team head coach. He knew Berhalter had never coached a national team before, and he also knew Berhalter would be trying to install a completely new playing style into a program that was already destined for a transition period due to the generational shift taking place in the USMNT player pool.

What Stewart probably didn’t account for was just how much trouble Berhalter would have with the task. Berhalter is heading toward the completion of his first year in charge having had his team endure some woeful results, and there is little evidence to suggest things are going to get better.

Tuesday’s 2-0 loss to Canada, the first USMNT loss to Canada in 34 years, wasn’t Berhalter’s first loss as USMNT coach, but it was the most damning.

Taken by itself, you could write off the loss to Canada as a case of a bad game on the road against an improving and inspired opponent. The problem for Berhalter is his team has already registered a handful of ugly losses in his first year in charge. From the two pre-Gold Cup losses to Jamaica and Venezuela, to the 3-0 loss to Mexico in September, the Americans have had some stinkers under Berhalter, performances so bad that they couldn’t be perfumed over by blowing out Cuba or manhandling a Panamanian B team in Berhalter’s debut.

Tuesday’s loss was especially alarming because the USMNT looked like a team that has regressed rather than grown under Berhalter, and a team that isn’t responding to its coaches tactics or man-management style.

On Tuesday the Americans came out flat, and they weren’t just outfought and outplayed, but also bested by Canada’s tactics.

Berhalter all but admitted as much in his post-match press conference on Tuesday when he described what he saw Canada’s gameplan being, which was to congest the middle of the field and force everything wide. The Americans attempted to adapt to that, but as Berhalter noted, that approach wasn’t something the USMNT had trained in the lead-up to the match, which suggests the Americans weren’t expecting the 4-4-2 diamond setup Canada deployed.

Berhalter’s in-game adjustments didn’t yield much either, as evidenced by a second half that was just as lackluster as the first half for the USMNT. The players deserve their share of the blame for showing so little fight and sharpness, but it is Berhalter’s job to set the tone for his team and on a night when his counterpart, Canada coach John Herdman, hit every perfect note both in terms of tactics, personnel and motivation, Berhalter whiffed on all counts.

Based on results, you would assume Berhalter is on shaky footing, but Stewart knew he was hiring an inexperienced coach. He also made it clear prior to hiring Berhalter that if he wound up hiring a coach without international experience that coach would have time to develop on the job.

“That’s the brilliant part that we have right now is that we have a very good runway towards those moments that it becomes very, very important and critical that we have to qualify for 2022,” Stewart said in September of 2018, shortly after he took over as U.S. Soccer general manager and months before he ultimately hired Berhalter. “But there’s a runway there where you can gain experience. That’s a plus if it’s there, but I don’t see that as a negative because we have a pathway to go.”

That once-long runway is now 14 months shorter, and Berhalter heads towards November needing desperately to have his team respond with some significantly better performances. The USMNT is staring at the very real possibility of failing to qualify for the knockout rounds of the Nations League, which would mean the loss of more golden opportunities for the team to gain experience.

If that happens, and the Americans don’t beat Canada in November, Stewart will need to seriously reconsider his choice of USMNT head coach. Giving Berhalter just one year might seem like a short leash, but there’s a difference between giving a coach time to adapt and allowing a coach to run an already-struggling program further into the ground.

Nobody should have expected Berhalter to transform the United States into a world power in less than a year, but the bare minimum expected of him was clear signs of progress and growth, and signs that the team is responding positively to its coach.

We saw none of that on Tuesday in Toronto, and instead we watched the Americans be thoroughly outplayed by a Canadian team that boasted all the qualities USMNT fans were hoping to see from their team. The result was a historic victory for Canada that could spark its program into a new period of success, and a loss that felt like rock bottom for the Berhalter era, and a new low for a program that has basically been stagnating since that disastrous World Cup qualifying loss to Trinidad and Tobago two years ago.

If Berhalter really wants to show that he has the team making progress, and he is growing as an international coach, then he will need to get the tactics, player selections and game management right in November against Canada. If he can’t do that, and if his team lays another egg, then it will clear that it is time for a coaching change.

In other words, Berhalter and his team need to beat Canada in Orlando on November 15th. No, beating Canada won’t magically mean that Berhalter’s project is destined to succeed, but if Berhalter can’t get his team up for that game, and can’t show an ability to lead the USMNT to an important victory after a year filled with disappointments, then it will be time for Stewart to admit he hired the wrong coach, and it will be time for U.S. Soccer to make a coaching change.