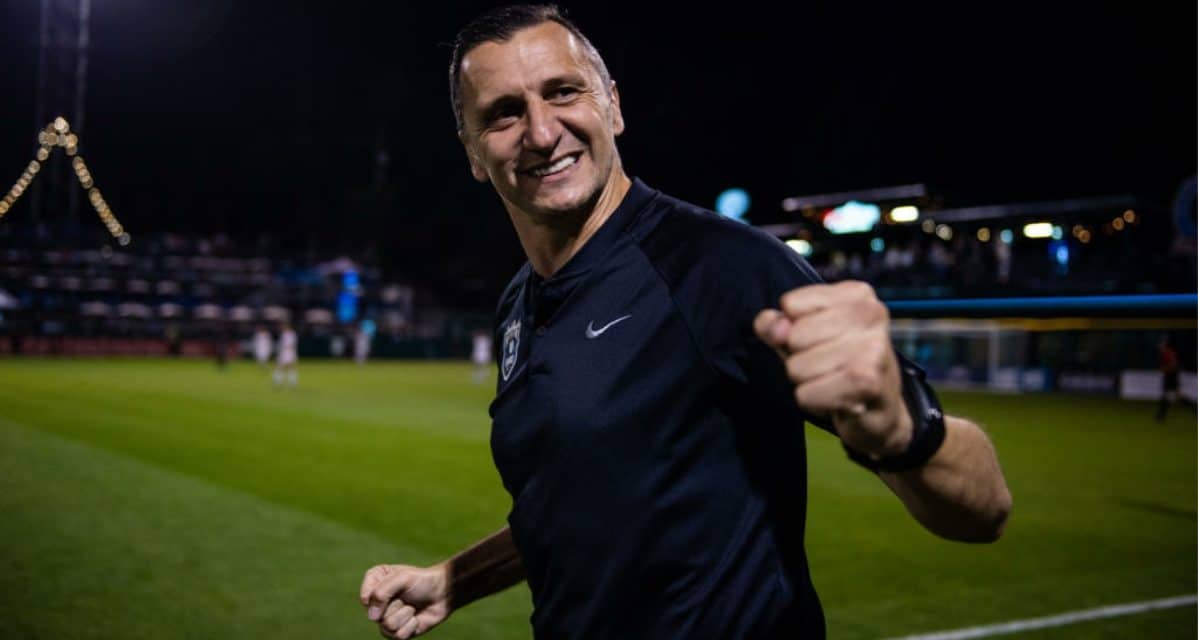 The U.S. Women’s National Team has its new head coach.

U.S. Soccer announced Monday that Vlatko Andonovski has been named the team’s new head coach. Andonovski takes over for Jill Ellis, who led the USWNT to a pair of World Cup titles, including the 2019 edition in France this summer.

“We are thrilled to welcome Vlatko to the U.S. Soccer family,” said U.S. Soccer president Carlos Cordeiro. “As one of the most accomplished coaches in the NWSL history, he’s proven he can help world-class players reach their peak, inspire his teams, and win championships. He is widely respected by players and leaders across our soccer community, and he has the work ethic and winning mentality to guide the greatest women’s soccer program in history into their next era of success.”

The 43-year-old comes to the USWNT from NWSL outfit Seattle Reign FC, in which he served as head coach for two seasons. During his time in the NWSL, Andonovski won two league titles with FC Kansas City in 2014 and 2015, won a pair of NWSL Coach of the Year awards.

He will jump right into the position as he picks a roster for the USWNT’s final two matches of 2019. The USWNT will face Sweden on Nov. 7th and Costa Rica on Nov. 10th. Andonovski’s first competitive action as head coach will come next January-February with the Concacaf Women’s Olympic Qualifying Tournament taking place.

“From the moment I came aboard, the main focus has been on hiring a new U.S. Women’s National team coach,” USWNT general manager Kate Markgraf said. We identified the qualities we thought were most important for this unique position, we talked to quite a few people in the women’s soccer community domestically and around the world, and in the end, Vlatko was the best fit with his experience with elite players, how he sees the game, how he coaches the game, and manages players, and his overall personality and ability to take on a job of this magnitude.”

“I know all the players and staff are excited to begin this new chapter in Women’s National Team history with him and start the important work towards qualifying for the Olympics.”