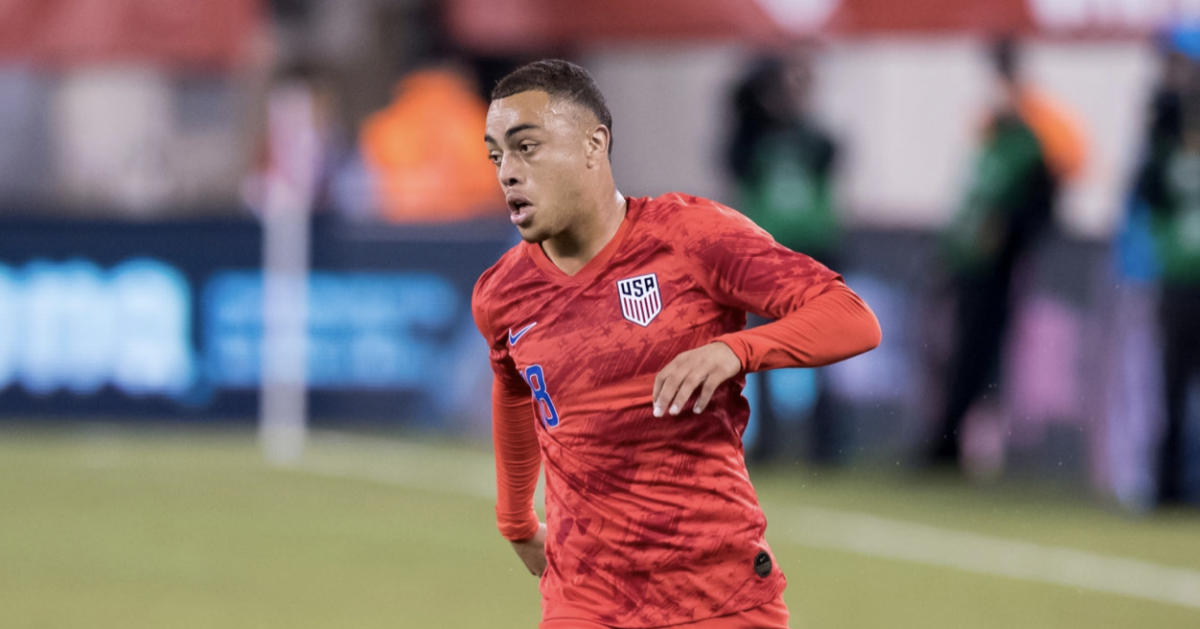 Sergino Dest is one name that U.S. Men’s National Team fans are excited to see for years to come. After choosing the USMNT over the Netherlands as his National Team choice, Dest can now continue his development both at international and club level.

The 19-year-old has risen through the ranks of both Eredivisie giants Ajax and U.S. Soccer. In 2019 alone, Dest has played in the FIFA Under-20 World Cup, made his USMNT senior debut, helped Ajax lift a domestic trophy, and made his Eredivisie and UEFA Champions League debut. Even with all of those boxes checked this calendar year, Dest revealed even more goals he has going forward.

“I have a lot of goals still. I want to play one time in my career for Barcelona. That’s my biggest goal,” Dest said in an interview with Bleacher Report.

“I also want to play in the Premier League, the biggest league in the world. Right now, I’m not ready for it. I still have to develop a lot of things, but I think I have the potential to reach it.”

Between Ajax and the USMNT, Dest has totaled 18 appearances in all competitions, while recording three assists. He has helped Ajax continue their domestic dominance as the club pushes for League and Cup titles to go along with their Dutch Super Cup victory earlier this summer over PSV.

Dest showed promise in his first two caps with the USMNT in friendlies against Mexico and Uruguay. Although Gregg Berhalter’s side did not have every first-team player available at the time, Dest showed what he can bring to the table and how lucky the USMNT should be to have him.

“A lot of people, they were talking about my decision and some people said I was dumb,” Dest said. “Some people appreciated it, but I think it’s a decision for me. It’s my life. I decide what I do in my life and if people don’t want that, that’s their problem.

Dest has not played in the last two matches for Ajax, he was an unused substitute against Chelsea and PEC Zwolle. It is unsure if the wingback was rested or has started to face competition in Erik ten Hag’s squad for the starting left back spot.

With Dest available for selection ahead of the USMNT’s Concacaf Nations League matches against Canada and Cuba this month, it’s likely Berhalter will continue rewarding him with call-ins. He is one of several young talents that the USMNT are excited to have, and the defender has full belief in his teammates.

“I believe in them. I think all the young players have developed very well. We’re going to have a different team in the future,” Dest said.