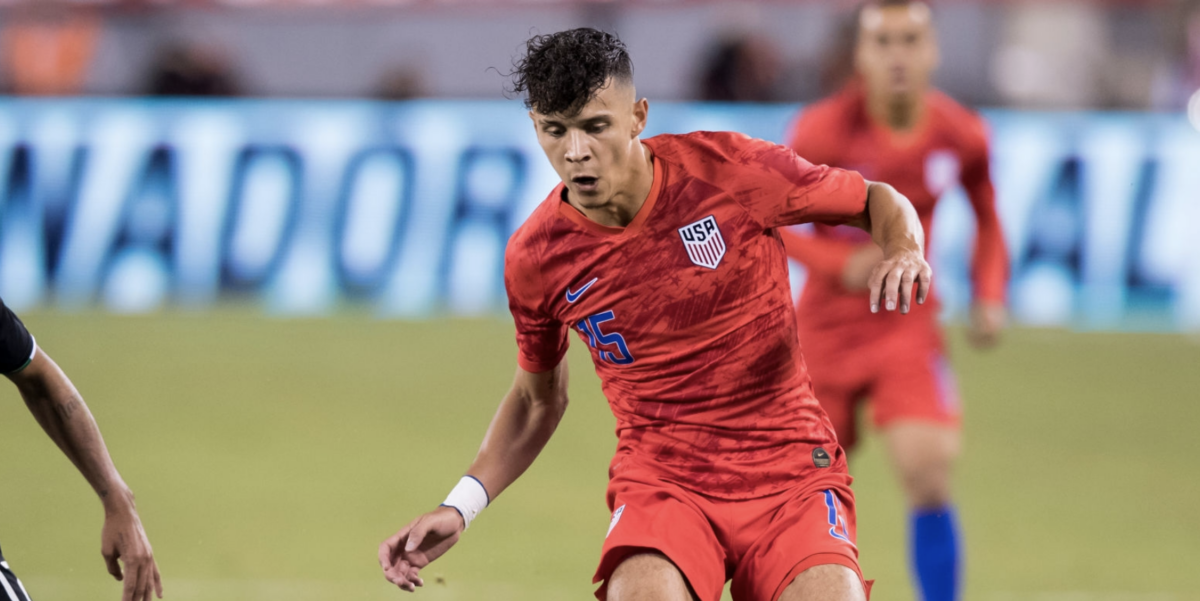 Fortuna Dusseldorf midfielder Alfredo Morales returned to USMNT duty this month after missing October’s action because of injury. After earning his first call-up this past September since 2016, Morales was one bright spot in the USMNT’s 3-0 loss to Mexico. Now the midfielder will look to replicate that performance against current Group A leaders Canada.

“We have to be ready to compete with them,” Morales said in a recent interview with the SiriusXM FC program Counter Attack with Tony Meola and Brian Dunseth. “We know they play very physical, but we can also do it. This is how we want to start the game. We have all the plans and the tactics, but we have to be ready for the game, ready to fight, and ready to just to kill them, in a good way, in soccer, on the field. This is, I think for me, the most important thing.”

Michael Bradley’s ankle injury suffered at MLS Cup has opened the door for someone else to step into the defensive midfield role in Berhalter’s system. While Morales may not have the passing range Bradley has, he can provide a more dynamic presence, along with the tough-tackling approach that has become the trademark of his game.

“This is how my mentality is. I want to approach every game and bring my heart to the table at first,” Morales said. “This is, for me, the most important thing. To put emotion in the game, and be on my opponents toes every time they get a touch and make it just uncomfortable for them. If you do this, if you bring this emotion during the game you will succeed.”

Morales came into this camp off the back of consecutive Bundesliga starts against Cologne and Schalke respectively, returning in full from an ankle injury. A key figure for Dusseldorf, Morales is one of the older players on Berhalter’s current roster, but his experience is important for a team that is in a must-win situation.

“Alfredo is a guy that we touched on in September, who performs his way into the group,” Berhalter said. “He had a great preseason with Fortuna Dusseldorf and did well to start the season in the starting lineup. He came with us and was able to perform well against Mexico. What he gives you is a tenacity, an energy, a work rate in midfield that helps the entire group.”

Against Mexico, Morales was a physical presence in midfield, not shying away from tackles and getting into the faces of several El Tri players.

With Canada coming in on a strong run of form, Morales’ inclusion could be the cutting edge that the USMNT need to shut down its opponents and take the next towards its goal of winning the group.

“Alfredo is more of player like myself that goes into tackles,” said Weston McKennie, who faced Morales in Bundesliga play just last week. “He doesn’t shy away from things which is something I think we need in the group.”

Whether or not Morales jumps into Berhalter’s starting lineup remains to be seen, but his presence is another option for the head coach to choose from. After missing out on the first meeting in Toronto last month, Morales is itching to return to the field in what will be a highly-anticipated Concacaf affair.

“We need to start the game very aggressive, put a lot of pressure on them, on the back four,” Morales said. “Win some balls in the beginning, create some chances, maybe score an early goal. Just take the fans, the crowd with us, and just have fun.”

The Alfredo Morales interview cited above was part of Wednesday’s episode of ‘Counter Attack with Tony Meola & Brian Dunseth’, which airs weekdays from 4-7pm on SiriusXM FC 157.