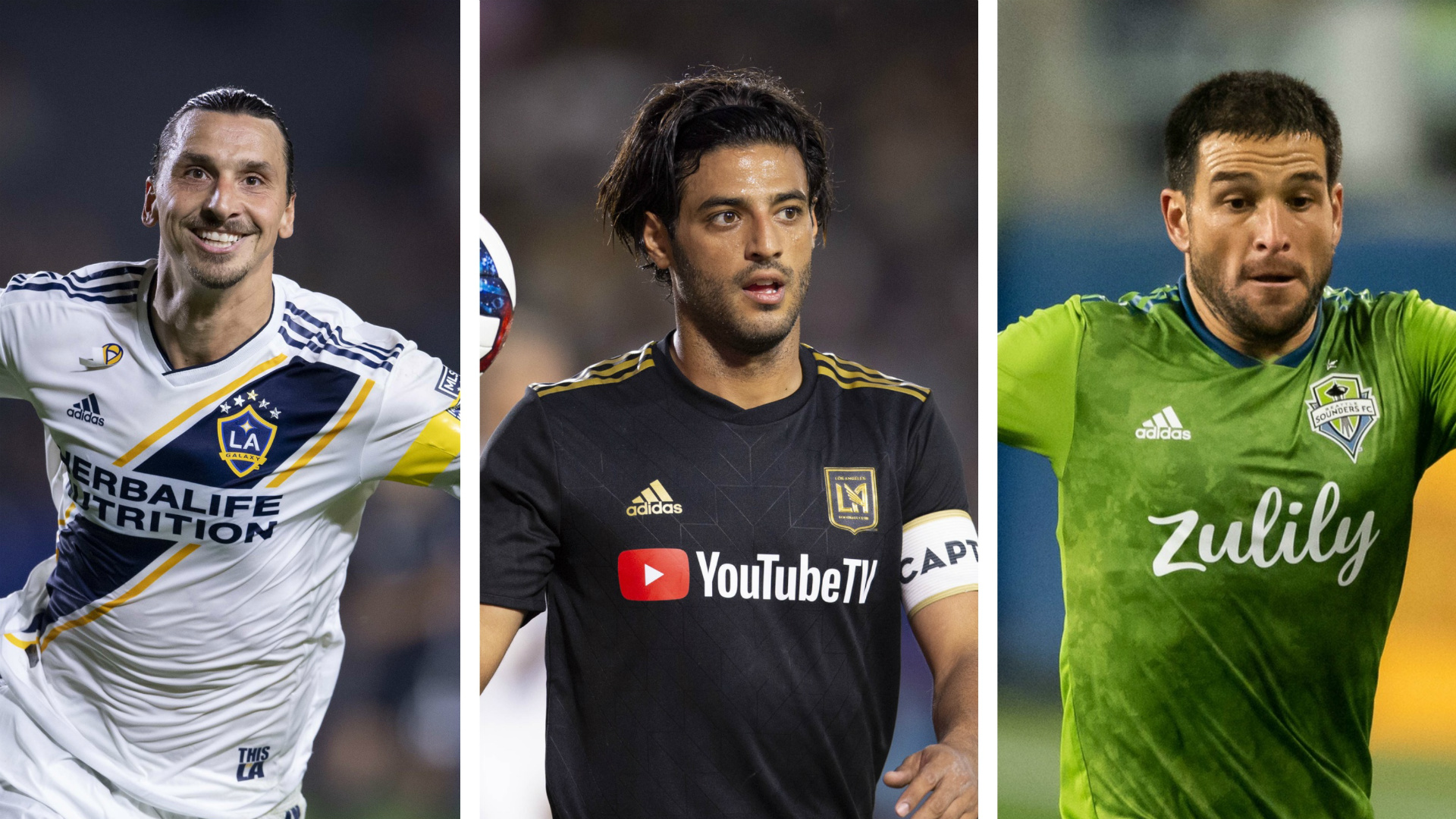 The 2019 MLS season has become a distant memory in the wake of a wave of postseason maneuvering, and the impending arrival of 2020, but it isn’t too late to look back on which players stood out the most.

MLS announced its MLS Best XI a month ago, and while there were clearly several selections that were easy ones to make, not all of the selections were ones that the team at SBI would necessarily agree with.

Carlos Vela and Zlatan Ibrahimovic should be part of any Best XI, as should reigning MLS Defender of the Year Ike Opara, but beyond those three you can make arguments at a variety of positions for players who could be considered among the best of the best.

The SBI team has settled on a Best XI for the 2019 season, and one difference in how our Best XI has been chosen compared to the league’s Best XI is the factoring in of postseason performances. The Best XI is traditionally a regular-season honor, but for the purposes of the SBI MLS Best XI, we also took into account playoff contributions, which helped put some players over the top in close battles at certain positions.

Another difference in SBI’s Best XI is our acknowledgement of fullbacks. While some other Best XIs choose to go the easy route of selecting three central defenders, the reality is far more teams utilize fullbacks than three-man defenses, so not acknowledging fullbacks when honoring the league’s best has always felt like a major oversight.

In terms of the regular season, Bill Hamid would have been SBI’s pick as the league’s top goalkeeper, but once you include the playoffs, Frei jumps into the top spot for his heroics in helping lead Seattle to its second MLS Cup title.

Frei was snubbed from the official league award in 2018, when he was easily the top goalkeeper in the league, only to lose out to Zack Steffen. The 2019 regular season didn’t have a runaway regular season selection (The official MLS winner, Vito Mannone, would have been SBI’s fourth choice), but Frei’s postseason heroics made him the easy choice.

New York City FC’s first-place finish in the Eastern Conference was the byproduct of several players putting together strong campaigns, and Tinnerholm’s emergence as the league’s top right back was among the biggest reasons for that regular season success.

Tinnerholm finished the 2019 season with a goal and eight assists, but his defensive work was also top notch, which gave him the edge over some of the other contenders for the right back spot in the SBI MLS Best XI.

The best defender in MLS in 2019 by every measure, Opara was dominant in heart of the Minnesota United defense. He not only helped transform the Loons from one of the league’s worst defense to one of the best, but Opara’s departure from Sporting Kansas City saw SKC fall apart without him.

No player in MLS enjoyed as impressive a step up in improvement as Robinson, who flourished as the top defender for Atlanta United in 2019. An excellent one-on-one defender who was dominant in the air, and in transition defending, Robinson helped give Atlanta as strong a centerback tandem as there was in MLS alongside Leandro Gonzalez Pirez.

The youth movement at FC Dallas grabbed most of the headlines in Frisco, but Hollingshead’s emergence as a top-level left back was deserving of more attention. The converted midfielder developed into a solid defender, but an elite attacking threat from the left back position. He registered six goals and added six assists to help FC Dallas reach the playoffs.

Los Angeles FC’s record-setting regular season was headlined by Carlos Vela’s MVP season, but a strong case can be made that Atuesta was the second-most important player in LAFC’s stacked lineup. The Colombian midfielder’s three goals and 11 assists were important, but his ability to dominate play in the middle of the field, and shut down opposing playmakers while also sparking attacks made him the perfect player to make LAFC’s engine run.

The concerns about how Toronto FC would replace Sebastian Giovinco were eased quickly with Pozuelo’s arrival. The Spanish playmaker made an immediate impact, and while he may have slowed down in the second half of the regular season, Pozuelo cemented his place as a Best XI selection with an outstanding run late in the year, and in the playoffs, when he spearheaded TFC’s attack on its run to the MLS Cup final.

Pozuelo finished the regular season with 12 goals and 12 assist, adding two goals and three assists in the playoffs to help him edge past NYCFC’s Maxi Moralez into the playmaker role on SBI’s MLS Best XI.

Based on regular season alone, Lodeiro would have lost out to LAFC’s Diego Rossi, but the Uruguayan star’s role in Seattle’s run to another MLS Cup title gave him the edge over his countryman. Lodeiro’s seven goals and 12 assists during the regular season were solid, but his two goals and five assists in the playoffs were a key reason why Seattle lifted a second title in four years.

No player in MLS history ever put together a better regular season than Vela did in 2019, with his 34 goals and 15 assists shattering the league’s goals and combined goals and assist records. LAFC’s MLS-record point total was a direct result of Vela’s consistent ability to destroy defenses, and the team’s early playoff exit wasn’t enough to deny Vela his place on SBI’s Best XI.

The Swedish star’s final season in MLS was MVP-worthy in most seasons, but don’t let Carlos Vela’s heroics distract from the year Ibrahimovic put together. He carried the LA Galaxy to the playoffs, notching 30 goals and seven assists, even pushing LAFC to the brink in the playoffs before eventually falling.

Ibrahimovic may have left MLS without having lifted an MLS Cup, but his 2019 was everything he promised, in terms of on-field production and off-field impact, and he won’t be easily replaced, not by the Galaxy, or MLS.

It was tempting to push Raul Ruidiaz into the Best XI after his outstanding run in the playoffs, but Josef Martinez’s 27 goals and four assists were too much to ignore as the former MLS MVP followed up his dream 2018 with another dominant season in 2019. 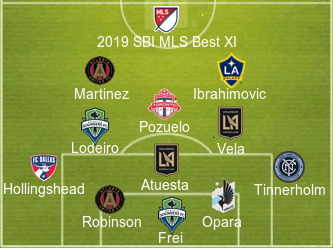