Cannon confident he can stake claim to USMNT right back spot 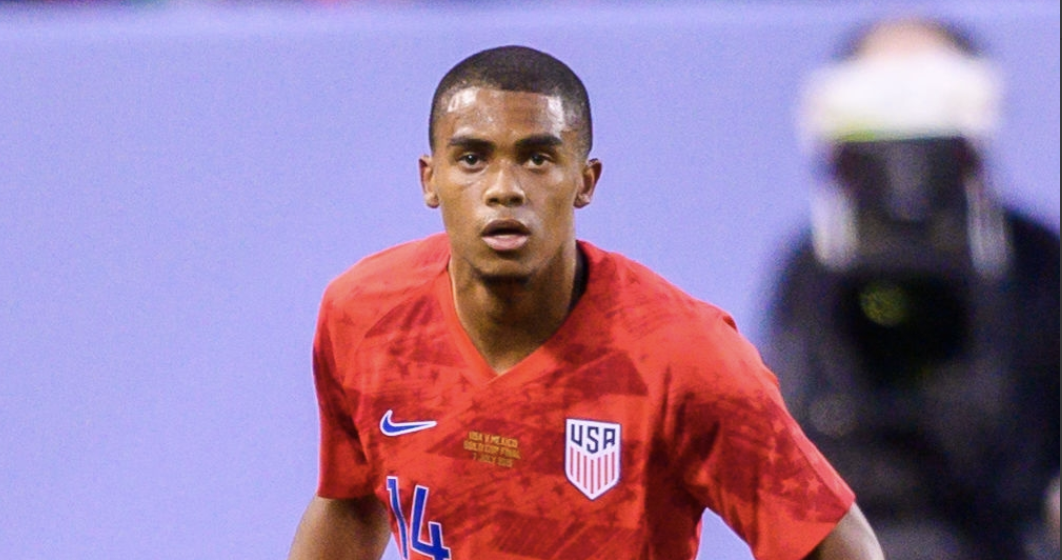 Reggie Cannon saw his stock grow with the U.S. Men’s National Team in 2019 under Gregg Berhalter. Now the FC Dallas right back has reached 2020 confident he can win the starting job for the USMNT going forward.

With DeAndre Yedlin and Sergino Dest currently in the middle of their respective European seasons, Cannon has arrived in January camp with an opportunity to build on the momentum he generated in the second half of last year.

“I believe I can be the number one right back for the USMNT,” Cannon said. “I look at DeAndre and Sergino and whenever I play against them in training, we try to make each other better and they certainly push me. It’s good to play with guys like that who want to help you getter better and vice versa. I look up to those guys, but I want to take that starting job.”

“I think we get the best out of each other, they learn as much as I do. They are confident guys playing in the Premier League and with Ajax,
Cannon said. “They are role models of mine at the position. I want to push them out of the starting spot, and be the best version of myself I can be.”

The 21-year-old moved up the charts in 2019, not only with FC Dallas, but also with the USMNT. In MLS, Cannon made 29 combined league appearances, scoring two goals and registering one assist. He helped Luchi Gonzalez’s side clinch an MLS Cup Playoff berth, scoring in a 4-3 first round loss to the Seattle Sounders.

After earning two caps in 2018 under USMNT interim head coach Dave Sarachan, Cannon made eight appearances the following year under Berhalter. He was the final roster additional prior to the Concacaf Gold Cup, and went on to start three matches, including the 1-0 final loss to Mexico. He also appeared in three friendlies and two USMNT wins in the inaugural Concacaf Nations League group stage.

A year ago, Cannon arrived in January USMNT camp as a fringe selection. Now, Cannon has emerged in the current camp as a leader and vocal presence.

“This year is 180 degrees from last year in terms of Reggie and his status and role within the team,” Berhalter said. “He’s a guy that the majority of the team looks up to. They’ve got a ton of respect for how he carries himself, how he is as a professional, and because of that they want to follow him. It’s really nice to see Reggie step into that leadership role.”

“It speaks to Reggie’s maturity and his ability to take information in and act that way,” Berhalter said. “He’s a guy that’s relentless on the field and always wants to compete, and it’s great to have guys like that involved.”

Like USMNT veterans Michael Bradley, Jozy Altidore, and Yedlin have done for Cannon, the defender is now aiming to do the same for Bryang Kayo, Julian Araujo, Christian Cappis, and Ulysses Llanez. Those are just a handful of young players in the current January camp trying to make an impression. Cannon will try to pass off what he’s learned so far to the next generation of USMNT players.

“As an MLS player, it’s a hard camp to be away from your friends and family for a whole month,” Cannon said. “I feel a whole lot more ready in 2020 than I did in last year’s January camp. I can’t even imagine being 17-years-old like Bryang Kayo getting called into the USMNT. I want to be a leader for young guys like that, who maybe need someone to help them grow. I want to be that light for these guys who can look up to when things get tough.”

In addition to the USMNT schedule and the start of the 2020 MLS season in late February, Cannon is also eligible to represent the U.S. Under-23 Men’s National Team in what is also a busy year. The Concacaf Olympic Qualifying  tournament is slated to begin this March in Mexico, with two teams clinching a berth to the Summer Olympics in Japan.

“I think it’s going to be a very, big year,” Cannon said. “Olympics is something you always dream of playing in just like the World Cup, My focus is to start the season strong with Dallas and hopefully get even better because in six months we’re going to be playing the toughest teams in the World. We have a talented young pool of players, so it’s all about building off of each other and using the best of everyone’s qualities.”