LONGBOAT KEY, Florida — Jason Kreis finds himself in the precarious position of knowing he has a very talented group of players for his U.S. Men’s Under-23 National Team, but also knowing the tortured history he and his team must overcome.

The United States hasn’t sent a men’s soccer team to the Olympics since 2008. So long ago that Jozy Altidore was still a teenager then and current USMNT general manager Brian McBride was part of the team as an overage player.

That drought is the product of two failed Olympic qualifying campaigns, and if you go back a bit further the Americans have actually missed three of the past four Olympic tournaments. That has meant missed opportunities and lost experiences for a program that now finds itself still recovering from the disaster that was the 2018 World Cup qualifying campaign.

Despite that woeful track record, Kreis knows that there is a generation of young talent in the U.S. pipeline that could yield a special group for the 2020 Olympics. A group led by Olympic age-eligible stars like Christian Pulisic, Weston McKennie and Tyler Adams. You couldn’t really blame Kreis for dreaming about the possibilities, but Kreis knows the history, and tries to limit how much he thinks about a fully stocked U.S. Men’s Olympic team.

“Just a moment or two in a small chat with Gregg (Berhalter) about what that starting lineup could look like,” Kreis told SBI. “It would be incredible. It would be really, really incredible, but we need to stay firmly, firmly focused on what’s in front of us and not try to put the cart before the horse.”

Kreis insists he doesn’t spend much time thinking about the failed 2012 and 2016 Olympic qualifying campaigns. As far as he is concerned, the team he is building, and the player pool at his disposal, is significantly stronger than the teams that fell short in those previous campaigns.

The current USMNT camp features a roster including 14 players who are eligible for the U-23 team, giving Kreis and Berhalter an opportunity to work closely with a group that is expected to form the nucleus of the Olympic qualifying team.

“For me, this type of experience with these players, I think is invaluable,” Kreis said. “Just to be around a group of better players, a group of older players, leaders. To hear the messages coming from Gregg that I’ve been giving them in the last five camps, I think it solidifies the message.

“It also helps me, to be honest, because I felt like I had a very, very clear understanding of the game model and the playing style,” Kreis said. “When you come in here, there is always these conversations that happen that are just a little bit slightly nuanced, and you thought they were one way and they’re just a little bit different. I think  it’s been incredibly valuable for all the players, as well as myself. I think it’s a really, really great thing that we have a very clear pathway and very clear objective of how we want to play.”

Working in Kreis’ favor is the sheer number of players in the pool that are currently earning regular playing time with their clubs. Past Olympic qualifying teams have had far fewer players who could be called regular starters for their club teams, whereas now the U.S. Under-23 player pool is stocked with MLS starters and prospects playing regularly for top European club’s reserve teams.

“Almost in every position I feel like we’ve got at least one, if not two players that play regular match minutes,” Kreis said. “Now some of those players are playing for young teams over in Europe, but they’re playing in a regular league on a weekly basis so those matches matter and I think that’s important.

“Then you look at the MLS players and most of our guys are getting a tremendous amount of match minutes through the season,” Kreis said. “A small concern is a little bit how early the qualification comes in the MLS season, but I do think with the guys having a really solid six weeks of solid preseason, as well as a couple of the first early matches in MLS, I think we’ve got enough there that we should be in a good place.”

The Olympic qualifying team won’t have the likes of Christian Pulisic, Weston McKennie or Tyler Adams, who are expected to be with the USMNT for its March friendlies against Netherlands and Wales, but it will have an experienced group that should be heavy on MLS starters, and seasoned defenders. 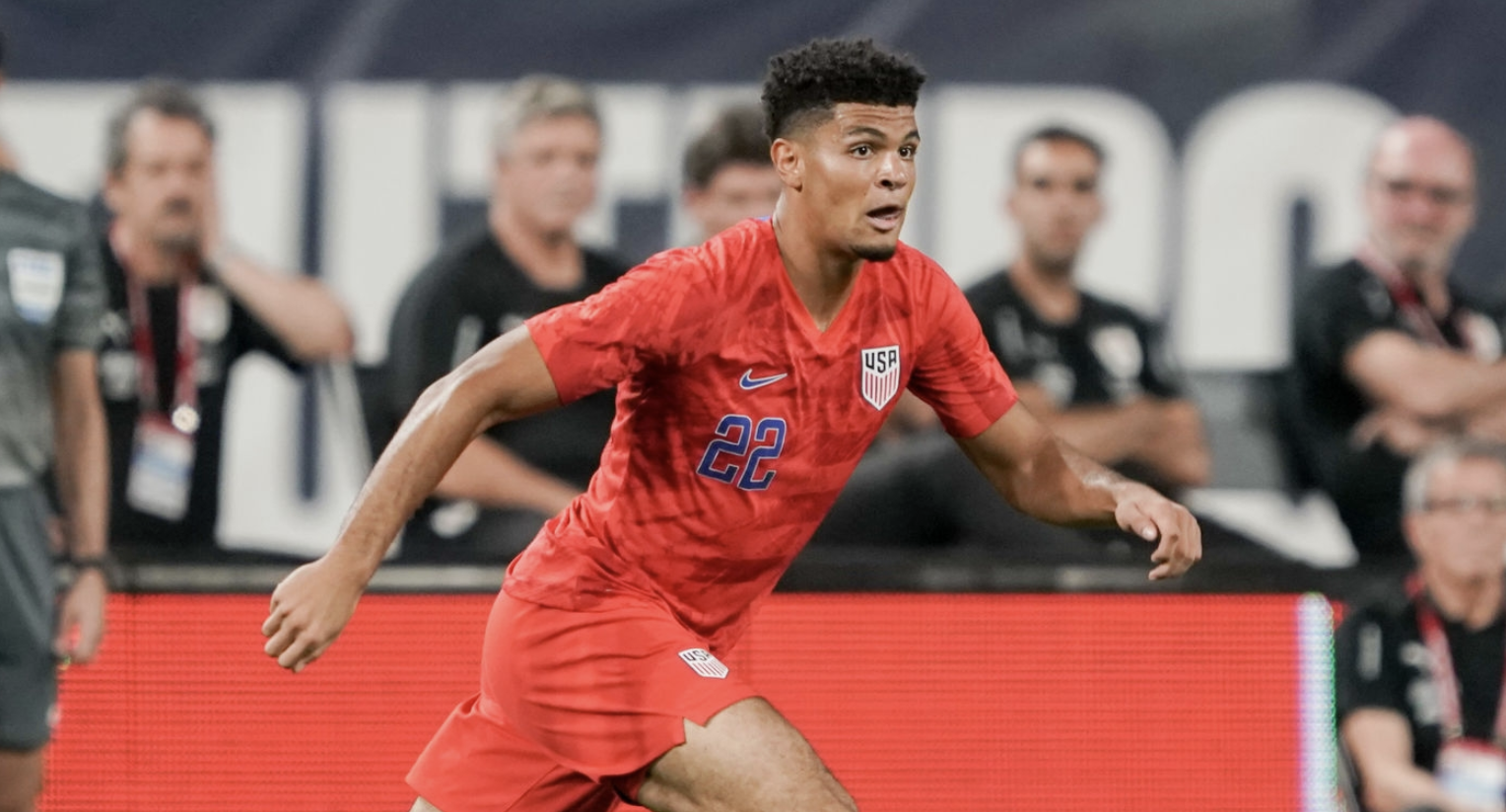 “When we look at just experience levels, guys that are playing every single week for their MLS teams or their teams in Europe, I think the most depth is at the center back position,” Kreis said. “I think that’s the position that’s probably going to be the most difficult to select. I think at right back and left back we have a ton of experience as well.”

Mark McKenzie and Justen Glad are the Olympic-eligible central defenders in the current USMNT camp, with Miles Robinson absent after Atlanta United refused to release him for the January camp. The center back options for Olympic qualifying also include Auston Trusty and Chris Richards.

“The one spot that maybe we don’t (have experience) is the goalkeeper position,” Kreis said. “In the goalkeeper position we don’t really have anybody in our pool that’s playing first-division matches on a regular basis so that’ll be the one area where I think we’re going to have to draw on somebody that we maybe believe in maybe  a little bit more than we can actually see.

“But we’ve still got some really good players there with just high potential. I just think that’s just typical with goalkeepers. They don’t play until they’re a little bit older.”

San Jose Earthquakes goalkeeper J.T. Marcinkowski is currently in USMNT camp as an age-eligible option, but another player who could force his way into the mix is current U.S. Under-20 goalkeeper David Ochoa. The 19-year-old is coming off a season where he won a USL Championship title with Real Monarchs at the age of 18, and is expected to compete for the starting goalkeeper job with Real Salt Lake.

“In the center of midfield I think we have a ton of really good options, especially in the attacking roles,” Kreis said. “Again, selection is going to be really difficult. As I look at this situation, the selection of the team is going to be a really difficult process for us. And there’ll be players that we really, really like that’ll have to be left out because our qualification roster is only 20 players, 17 field players and three goalkeepers, so this will be difficult.”

Of course, not all of Kreis’ options will be available, particularly those players who break through with their first teams in Europe. Clubs aren’t obligated to release players for Olympic qualifying, and some could balk at releasing their players for the tournament.

“That’s always the delicate balance, if some of these players make it with their first teams in Europe then there’s a good chance that their club isn’t going to release them for Olympic qualification, but that’s not necessarily the case,” Kreis said. “I think it’s all about communication and relationships.”

Kreis knows there are challenges ahead, both in terms of securing player releases and ultimately choosing a 20-player roster from a deep player pool, but as the Olympic qualifying tournament draws closer, Kreis believes he will have a team in Mexico that will be ready for the challenge, and ready to end the program’s Olympic drought.

“We’ve got a very clear pathway, a very clear idea of the event that’s coming up,” Kreis told SBI. “We’ve got a very clear idea of what our pool looks like. We hope to communicate that very early with all the clubs so that we can start to have communication around whether they see that as a real difficulty for them, or whether they’re very open to it and hopefully we can have a meaningful dialogue about trying to work together to make sure that we have a group that gives us the best chance to qualify.”