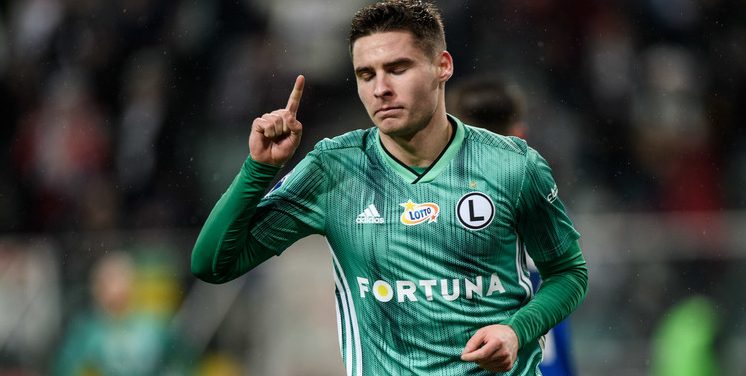 The Portland Timbers have a young forward to call upon in 2020.

“Jarek is an important addition to the club and we believe he has all the attributes to be successful in MLS,” Timbers GM and President of Soccer Gavin Wilkinson said. “He has natural goal-scoring predatory instincts and the ability to score in many different ways. We look forward to getting him on the field.”

Niezgoda spent the last three seasons with Legia Warsaw, where he tallied 29 goals and six assists in 62 appearances across all competitions. In the 2019-20 Ekstraklasa campaign, Niezgoda led the league with 14 goals scored in 18 appearances.

Figal joins from Argentina Superliga side Independiente via the use of Targeted Allocation Money. He adds another experienced option for Diego Alonso’s backline which features Ben Sweat, Alvas Powell, and Roman Torres.

“Nico is just entering his prime as a player and has already shown impressive skill in defense,” Inter Miami CF Sporting Director Paul McDonough said. “He showed his quality playing in Argentina, winning important international competitions and being selected as one of the best defenders of his country. We’re happy to be able to bring him in and continue to sure up our backline.”

Figal made his professional debut in 2004 for Independiente at 19-years-old. Since then he totaled 100 appearances for Independiente, leading the team to the 2017 Copa Sudamericana and the 2018 Suruga Bank Championship titles.

The 2019-20 campaign saw Figal start all 14 league matches, tallying one goal and three assists. He also played right back for Independiente.

Figal is coming off a strong 2019 year, which also saw him receive two senior call-ups for the Argentine National Team.

The Chicago Fire added an experienced MLS goalkeeper on Thursday.

Bobby Shuttlesworth joined the Eastern Conference club, signing a two-year contract. He last played with USL side Sacramento Republic in 2019, making 15 appearances during the regular season.

“Bobby is a true professional and a very experienced goalkeeper,” Chicago Fire head coach Raphael Wicky said. “His experience and knowledge of MLS will be very valuable for our team. I look forward to working with him.”

The 32-year-old has totaled 185 MLS appearances in his career, playing for the New England Revolution and Minnesota United. He helped the Revs reach the 2014 MLS Cup Final and the 2016 U.S. Open Cup Final.

For the second day in a row, the New York Red Bulls have made a first-team signing.

The club added English right back Mandela Egbo on Thursday, who will occupy an international roster spot. Egbo joins from German 2. Bundesliga side SV Darmstadt 98.

“Mandela was identified through our scouting network as an outside back with a great pedigree and qualities that translate well to our style of play,” Red Bulls Sporting Director Denis Hamlett said. “He’s young but has a ton of professional games, and has spent time developing with big clubs in Europe. In speaking with Mandela we know he is excited and ready for an opportunity in MLS. We look forward to getting him into camp and getting him up to speed.”

Egbo, 22, began his career in Crystal Palace’s academy before moving to Borussia Monchengladbach II in 2015. In four seasons in Germany, Egbo recorded three assists and five goals in 84 appearances.

He made one senior appearance for Gladbach before moving to Darmstadt in July 2019. With Darmstadt, Egbo made five appearances in the 2. Bundesliga.

Egbo’s arrival in Harrison gives the Red Bulls nine defenders under contract for 2020.

Bryan Meredith in on the move to Canada.

The Vancouver Whitecaps added the nine-year pro in a trade with Inter Miami on Wednesday. Meredith was selected by Miami in the 2019 MLS Expansion Draft, but did not play a game for the expansion side.

“We are happy to welcome Bryan to the club,” Whitecaps FC sporting director Axel Schuster said. “He will bring additional experience and leadership to the group both on and off the pitch.”

Meredith has earned 13 combined appearances during two separate stints with the Seattle Sounders. He’s also played with IK Brage in Sweden and Tacoma Defiance in the USL Championship.