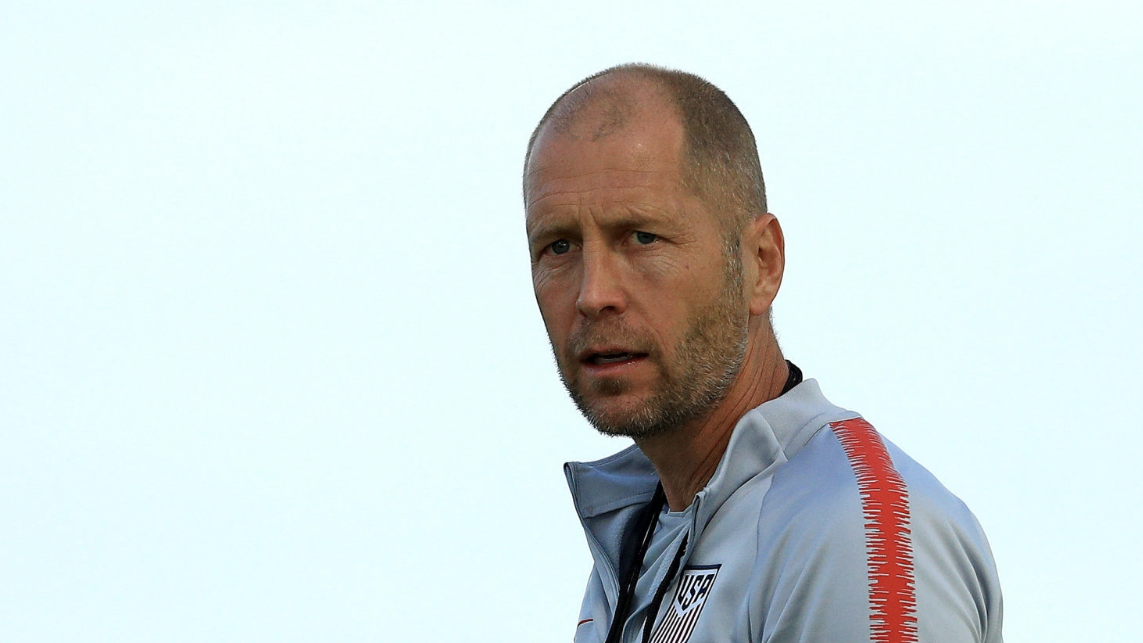 When Bill Hamid earned his first U.S. Men’s National Team call-up under Gregg Berhalter, his name came off the list of top USMNT prospects still waiting for their first chance to be part of Berhalter’s project.

The USMNT coach has called a wide array of players since becoming national team coach a year ago, but even his thorough mining of the national team player pool hasn’t kept some worthy candidates from being left out of the picture.

Hamid was one of those players in 2019, but Berhalter brought him in for the January camp. The USMNT coach knows there are other candidates he has yet to call in, but insists he and his staff are monitoring a broad range of prospects.

“I think there’s a lot of guys that are on the cusp and all we’re asking is for consistent performance, be a high performer,” Berhalter said on Friday at USMNT camp. “An example is Mason Toye. He wasn’t in camp this time and I called him up and I said ‘Hey, here’s what we saw from last year. Here’s what I think you can improve on, and we’re keeping an eye on you, so hang in there, get your performance to a high level and you’ll get an opportunity’.

“Nothing’s personal, this is about performance.”

One player who has yet to earn a look despite some solid performances on the club side is Julian Green. The 2014 World Cup goal-scorer was a regular part of the USMNT set-up in 2018 under interim coach Dave Sarachan, showed some good glimpses playing in a midfield role, but he has yet to earn a look from Berhalter.

“It’s a high level. He’s playing at a high level and, for us, it’s how he fits into our group,” Berhalter said of Green. “We’ve been monitoring him, we’ve been in touch with his representatives, and for Julian, he’s been part of the program and we’ll continue watching him.”

The January camp has provided Berhalter with an opportunity to look at several young players for the first time, but the reality is that opportunities for new faces will only become tougher to come by as the year goes on, and matches become more important.

Here is a look at some top American players still waiting for their first USMNT camp under Berhalter who Berhalter should consider in 2020:

The 24-year-old is playing the best soccer of his club career, thriving in an attacking midfield role for German second-division side Greuther Furth.

An injury late in 2019 set him back, but he heads into 2020 with a contract that’s expiring and a chance to make a jump to the Bundesliga this summer.

The Necaxa centerback has been out of the USMNT picture for years, after a largely unsuccessful stint as a young prospect first called in by Jurgen Klinsmann.

Alvarado has matured as a captain and standout in Liga MX, and as a left-footed central defender, he is a player worthy of a look given the dearth of such players in the pool.

One of the biggest surprises of the January USMNT roster was Toye’s exclusion, given the squad’s U-23 heavy makeup, and the need for fresh blood at the striker position. Berhalter is watching Toye, but the Minnesota United forward will have to wait a while for that first camp.

That being said, he’s a good candidate for a place on the Olympic qualifying squad in March, so that first USMNT look may not come until the summer at the earliest.

In fairness to Berhalter, Ledezma would have been a premature call-up in 2019, but he is worth mentioning because of his continued progress at PSV. The U.S. Under-20 World Cup midfielder is thriving at Jong PSV, scoring a pair of goals just last week, and impressing in the Dutch second division.

A first-team debut at PSV looms, and he may come off this list in March, when the USMNT faces the Netherlands in Eindhoven.

The English third division is a far cry from the top leagues in Europe, but there’s no denying how well Gooch is playing these days at Sunderland. The 24-year-old has scored five goals in his past eight matches, helping Sunderland climb into position for potential promotion.

Gooch is an experienced winger hitting his stride, and given the USMNT’s need for fresh options on the flanks, Gooch should be on Berhalter’s radar.