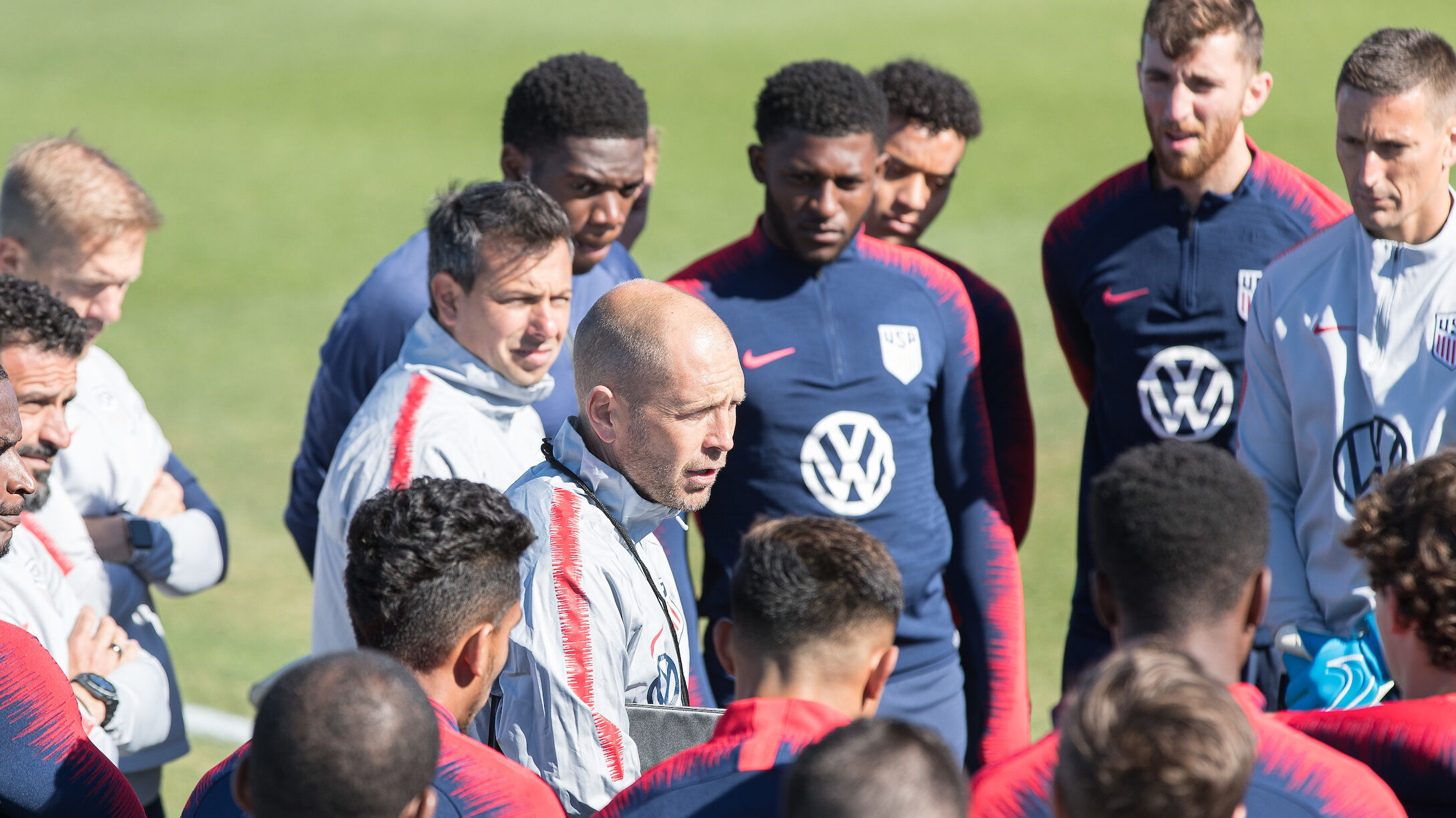 The first U.S. Men’s National Team match of 2020 will feature a team that won’t look much like a first-choice group for Gregg Berhalter, but it could provide a good glimpse into the future of the program.

A squad heavy on players eligible for the U.S. Under-23 team —the same one that will compete in Olympic qualifying in March — will take the field against Costa Rica on Saturday. Berhalter could trot out a very young squad with as many as 10 different U-23 players, but the safer bet is expecting him to deploy a mix of youth and experience.

Going with veterans at the heart of the defense, and in goal, is a safe bet, with some new faces getting an opportunity in the attack after impressing in camp.

Jackson Yueill and Reggie Cannon are in the unique position of being in contention for starting roles with the full USMNT while also being eligible for the Olympic qualifying team, so they are among the safest bets to start.

Who else should Berhalter start against Costa Rica? Here is a potential lineup we could see: 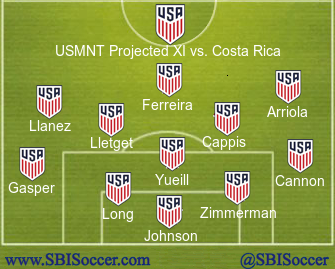 Some thoughts on the projected lineup:

Jesus Ferreira submitted his paperwork to FIFA on Monday to become eligible to play for the United States, and he has been cleared to play on Saturday. Ferreira has had a good camp and Saturday will be a good opportunity for him to show he’s capable of handling a bigger role in Olympic qualifying.

Uly Llanez is the second-youngest player in camp (only Bryang Kayo is younger) but given the fact he is a local product with a chance to play in front of his home fans (and given his status as one of the few pure wingers in camp) a start would make sense. Of course, Berhalter could go with Jonathan Lewis instead, bringing Llanez on in the second half.

Christian Cappis has been one of the best performers in camp, and should get a start. Given his club’s schedule, there is no guarantee he will be able to take part in Olympic qualifying, but he has shown enough in camp to earn a start.

Cappis has been featuring as a defensive midfielder in camp, and could wind up replacing Yueill in the second half. Berhalter has noted Cappis’ versatility, and quality in the attack, so a more advanced role wouldn’t be surprising.

Sam Vines has been confirmed as the starter on Saturday at left back, which will give him a good opportunity to make his case to be the starter in Olympic qualifying.

Here is a look at the lineup we could see in the second half, which would a group with all 10 field players being U-23 eligible: 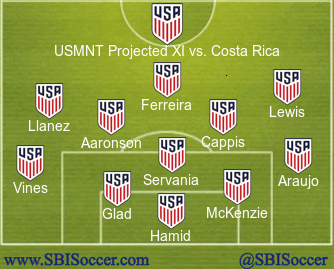 What do you think of our projected lineup? Who would you like to see start against Costa Rica?