The U.S. Men’s National Team’s win against Costa Rica on Saturday served as the official start of the year for the USMNT, but the win was just one of the many bright spots from a good weekend on the American soccer front.

Sergino Dest and Duane Holmes put together Man of the Match-worthy performances in big wins, while Timmy Chandler delivered some more late heroics for Eintracht Frankfurt. Konrad De La Fuente scored a late winner for Barcelona B in the clearest sign in a while that he will be stick around the Spanish club for a while. Gio Reyna added a few more first-team minutes to his account at Borussia Dortmund.

It wasn’t all good news though. Christian Pulisic’s injury issues are persisting at Chelsea, while Antonee Robinson was left to pick up the pieces after his proposed transfer to AC Milan fell apart just before the finish line.

There is also the matter of John Brooks. The U.S. Men’s National Team defender has been a lock starter and standout defender in the Bundesliga for years, but suddenly finds himself benched at Wolfsburg.

Those are some of the highs and lows of the weekend.

Two weeks ago it was starting to look like Konrad De La Fuente’s time at FC Barcelona would be ending before he even had the chance to play for the first team.

That was when he was reportedly considering a move away from the Spanish powerhouse in search of first-team minutes. A report soon surfaced claiming Barcelona had made De La Fuente an improved offer that came with an ultimatum that if he didn’t sign it he would be frozen out in his final months at the Camp Nou.

Fast forward to this past weekend, when De La Fuente joined a handful of Barcelona’s U-19 team in being brought up to Barcelona B for a match against El Pret. He came off the bench to deliver a 92nd-minute winner.

As if that wasn’t enough, De La Fuente was also spotted training with Barcelona’s first team on Monday, even posting a photo of himself from training on social media.

The post was De La Fuente’s first tweet in nearly two months, and would seem to suggest that there is a much better chance of the 18-year-old American staying at Barcelona rather than leaving this summer for a new team, such as Bundesliga side Hertha Berlin, which had been linked to him.

There are few European-based American players who have been considered lock starters throughout their club careers, and John Brooks held that lofty status for several years (when healthy, that is).

That has changed in recent weeks though, with Wolfsburg manager Oliver Glasner benching Brooks for the past two Bundesliga matches. This isn’t a case of Brooks being injured, but rather being passed over for other centerback options.

It isn’t time to start hitting the panic button on Brooks just yet. The 27-year-old defender is far and away the best central defender in the USMNT pool, and should be a lock starter when healthy, but time will tell whether Brooks can force his way back into the Wolfsburg lineup, or if his fourth season at the club will be his last.

Where could Brooks go next? It’s probably still a year or two early for him to move to MLS, and it is a safe bet there will be a healthy market for a 6-foot-4 centerback with a good left foot and sharp passing skills. 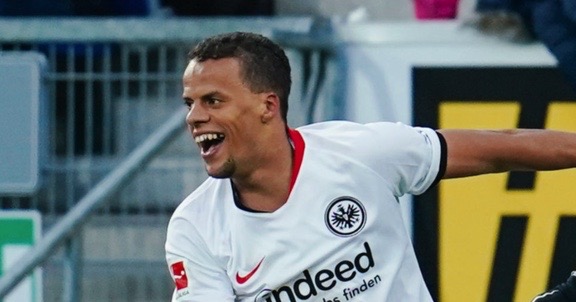 With six straight Bundesliga starts under his belt, and with two goals in his past three matches, Timmy Chandler is one of the most in-form Americans currently playing in Europe, and it’s getting tougher and tougher to justify him not being considered for a USMNT call-up.

The 29-year-old fullback/winger has been in excellent form since returning to full action following almost a year sidelined by injury. He hasn’t been called to the USMNT in more than three years, but told SBI back in October that he was hoping to return to the national team.

“I’m open (to playing for the USMNT), but I never get a call so I can’t say anything about the national team at the moment,” Chandler told SBI. “But when I get a call I will go.”

Chandler’s last call-in to the USMNT came in 2016, for the team’s World Cup qualifying losses to Mexico and Costa Rica, which also happened to be Jurgen Klinsmann’s last two matches as head coach.

Working against Chandler is the fact that the current right back depth chart features 21-year-old Reggie Cannon, who Gregg Berhalter rates highly, DeAndre Yedlin, a regular starter for Newcastle, and also Sergino Dest, who appears destined to start at left back for the USMNT, but is a more natural right back.

Berhalter could decide that bringing back a player who will be 30 in March after so much time away from the national team isn’t worth it when he has several promising youngsters in the pipeline, but if Chandler continues to play like he has been playing for Eintracht Frankfurt, Berhalter may have no choice but to bring him in for a closer look. 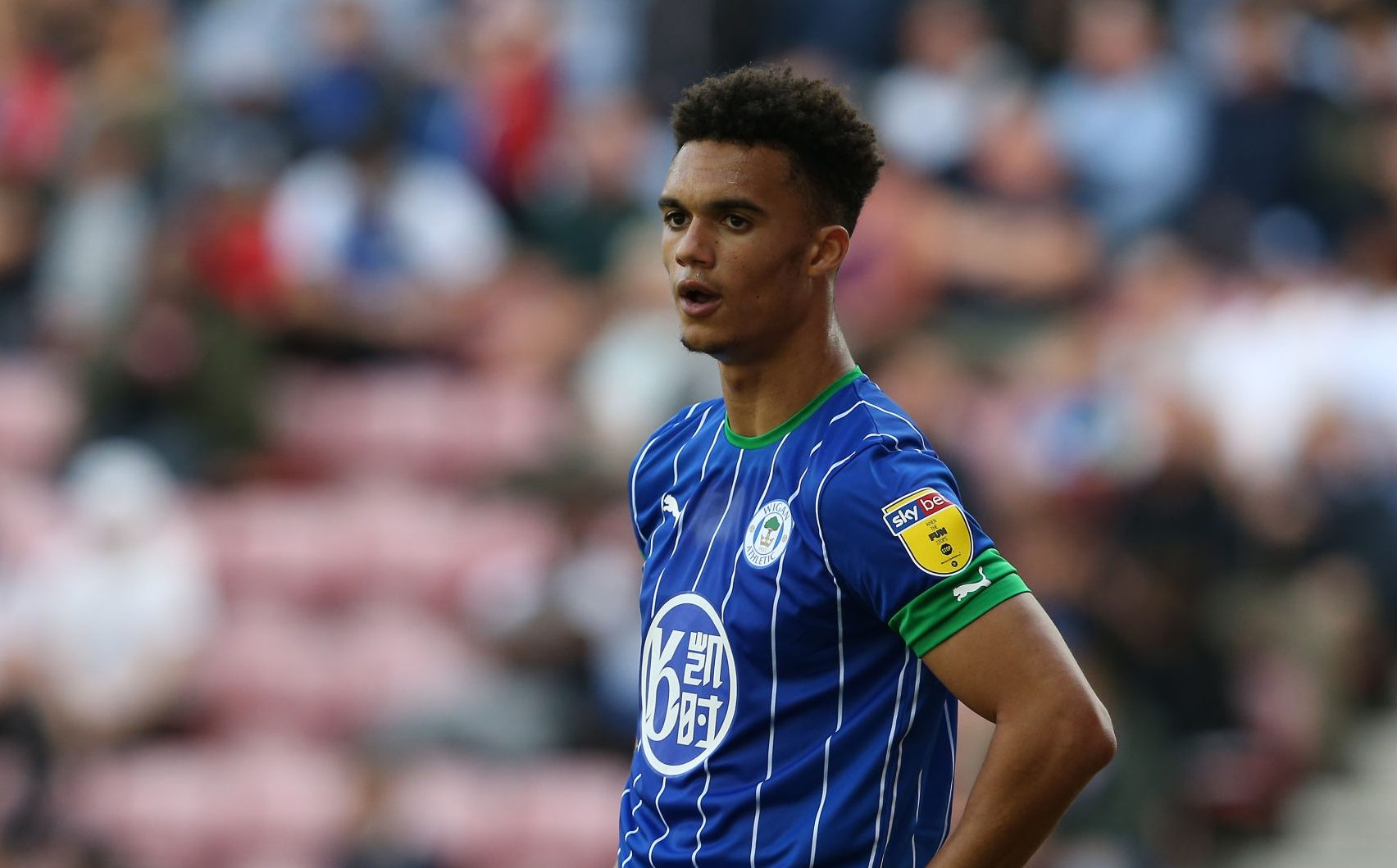 Antonee Robinson isn’t going to get over missing out on his AC Milan transfer for a good while, but if there is a silver lining in the highly-anticipated transfer saga it is that it has raised real questions about why he hasn’t had more of a look from the USMNT.

For those who lost track, Robinson hasn’t been with the national team since being part of the pre-Gold Cup squad, and his last appearance came in the team’s June loss to Jamaica, where Robinson struggled to make his mark.

Gregg Berhalter eventually settled on Daniel Lovitz and Tim Ream as his left back options for the Gold Cup, and continued to give Lovitz looks ahead of Robinson all the way through the fall. Berhalter went with some younger left back options in Chase Gasper and Sam Vines in the January camp, but will be expected to turn to Sergino Dest as his left back when the full USMNT convenes in March for friendlies against the Netherlands and Wales.

Robinson, who has been playing well for Wigan since joining the team from Everton on a permanent transfer last summer, should also be considered for the March friendlies, though he is also age-eligible for the U.S. Under-23 national team, which will be playing Concacaf Olympic qualifying at the same time.

“Antonee’s a very direct player, very straight-line player, tremendous speed with good physicality,” Berhalter said on Friday. “A lot of great attributes to be a very attacking left back, so for us, we’re watching with open eyes.”

The knock against Robinson is his passing, and whether he is a good enough passer and consistent enough crosser of the ball to thrive in Berhalter’s system. Is it a fair criticism? Sure, he is a bit raw with the ball, but the 21-year-old is a good one-one-defender with the speed to handle tough defensive assignments, and it’s tough to side with Berhalter on his past preference for Lovitz, who has never shown much in his USMNT opportunities.

Given Ream’s age (32), Lovitz’s low upside, and relative youth of promising prospects like Chris Gloster, Robinson should be considered a leading candidate to grab one of the left back roles in the USMNT setup in 2020, though Sam Vines had a solid January camp to boost his own stock in Berhalter’s pecking order.

One thing is clear, if Robinson finishes out the League Championship in good form, and completes a move to AC Milan this summer, he will become a player Berhalter has to consider by the time World Cup qualifying roles around.

Adams, McKennie back to being midfielders

Though it is obviously a status that can change from week to week, both Tyler Adams and Weston McKennie started in central midfield roles for their respective clubs this weekend, which had to be a pleasant site for USMNT fans cringing at seeing them deployed elsewhere in recent weeks and months.

Gregg Berhalter will want to keep an eye on how both are used in the coming weeks, and it should be noted that there is a good chance we see them paired together in advanced midfield roles for the USMNT. McKennie has long been used as an attacking midfielder in Berhalter’s dual 10 central midfield setup, but don’t be surprised if Berhalter slots Adams next to McKennie, as the second attacking midfielder in the dual 10 setup.

Why wouldn’t Berhalter just play Adams in the defensive midfield role most USMNT fans believe he is destined to own for the next decade? The defensive midfielder in Berhalter’s system is responsible for providing a consistent link between the back four and attack, and Adams’ incredible ability to cover ground could lead Berhalter to push him further up the field where he can disrupt opposing defenses as well as racing back to snuff out attacks.

That might explain why Berhalter felt the need to clarify a question asked of him about the future of the defensive midfield role in his system, and how it pertains to Tyler Adams.

“I didn’t say six,” Berhalter clarified last Friday when someone paraphrased a past response of his regarding Adams positional future with the national team. It seemed an odd correction to make, but the distinction definitely suggests that while Berhalter does see Adams national team future being in central midfield, it won’t necessarily be as a deep-lying defensive midfielder.

Berhalter has sung Adams’ praises in the past as an attacking threat, and pointed to his ability to get into the attack as part of the reason he experimented with him in a defensive midfielder/attacking right back hybrid role. A setup with Adams next to McKennie in advanced roles, with Adams having the freedom to use his incredible engine to also provide defensive support, is a setup we could definitely see plenty of in 2020.

Berhalter also recently pointed out that the USMNT has deployed dual defensive midfielders on several occasions since he has been in charge, and hasn’t been married strictly to the dual 10 central midfield triangle.

“We’ve used a double pivot a lot in the past,” Berhalter said. “We’re comfortable working with a double pivot. To us, it’s about positioning. It’s about unbalancing the opponent. If it needs a double pivot to do that we’d certainly look at that.”

A midfield configuration that deploys Adams as one of two defensive midfielders, with the other being more of a distributor in the Michael Bradley mold — which Jackson Yueill has emerged as a leading candidate to be — is a setup we could very well see against tougher opponents like the ones the USMNT will face in March.

Wherever Berhalter deploys Adams and McKennie, you can rest assured the USMNT coach will be hoping they can both play as many games as possible in central midfield, since that is where they will be called on to lead the USMNT.