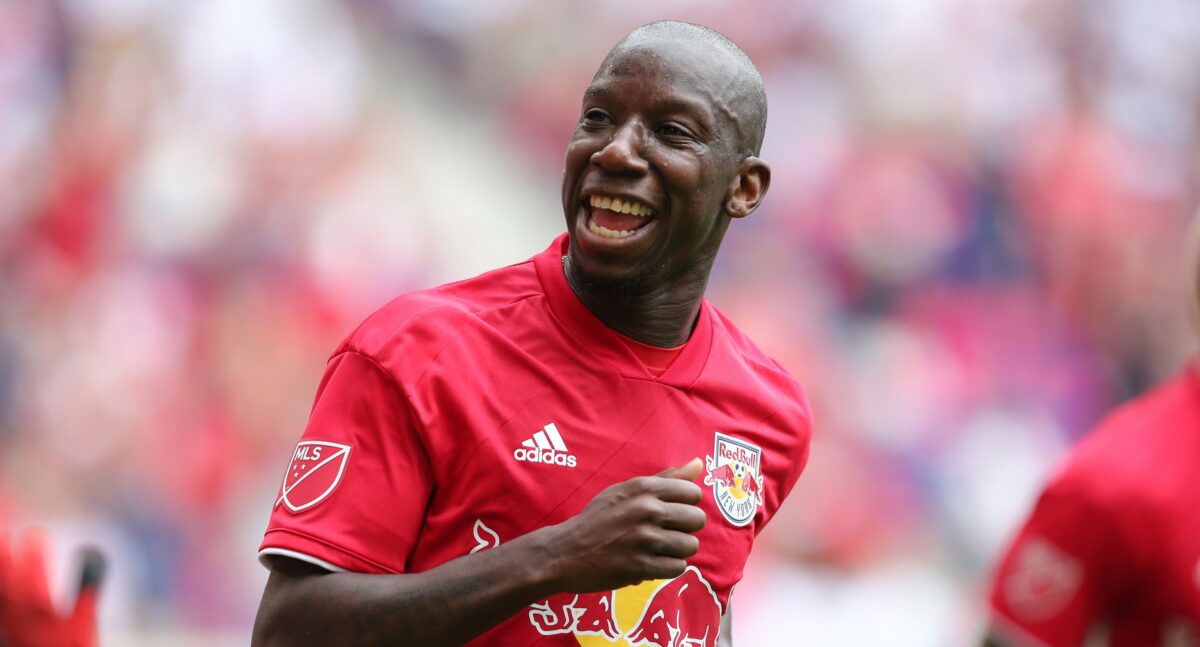 It looks like one of Major League Soccer’s most prolific goal-scorers is joining one of its championship contenders.

Bradley Wright-Phillips took to Twitter on Saturday night to reveal that he is staying in MLS, and signing with LAFC to do so. Wright-Phillips, 34, had been without a club after the New York Red Bulls decided not to renew his contract in November, but revealed the next stop of his career via a brief video on his social media account that included him donning LAFC’s new home jersey and trademark hat.

Let’s do this @LAFC @LAFC3252 pic.twitter.com/EjNIj0DKgt

Wright-Phillips had spent part of this preseason training with LAFC, but the forward was not immediately signed by the Western Conference team. The recent foot injury that will keep starting striker Adama Diomande out of action for the foreseeable future may have, however, been enough to convince LAFC to sign the Englishman to a deal.

With Wright-Phillips’ services apparently secured, LAFC adds another weapon to an enviable crop of attackers that put up a whopping 85 goals last season en route to setting the MLS record for points in a season with 72.

Hindered by injuries in 2019, Wright-Phillips is coming off a disappointing season with the Red Bulls that has raised concerns over his ability to stay healthy. The veteran finished last year’s campaign with nine starts in 24 appearances and scored just two goals, his lowest output since his first season with the team back in 2013.

Wright-Phillips made it clear prior to his Red Bulls’ departure, however, that he had no intentions to retire. His alleged signing with LAFC means he now joins reigning MLS MVP Carlos Vela, Diego Rossi, Diomande, and others in a potent attack that will aim to help lift the club’s first MLS Cup in its third season.

Overall during his time in MLS, Wright-Phillips has been one of the league’s top finishers. He has compiled 108 regular-season goals and 28 assists in 195 games, bagging at least 17 goals in five of his seven campaigns with the Red Bulls and at least 20 in three of them.