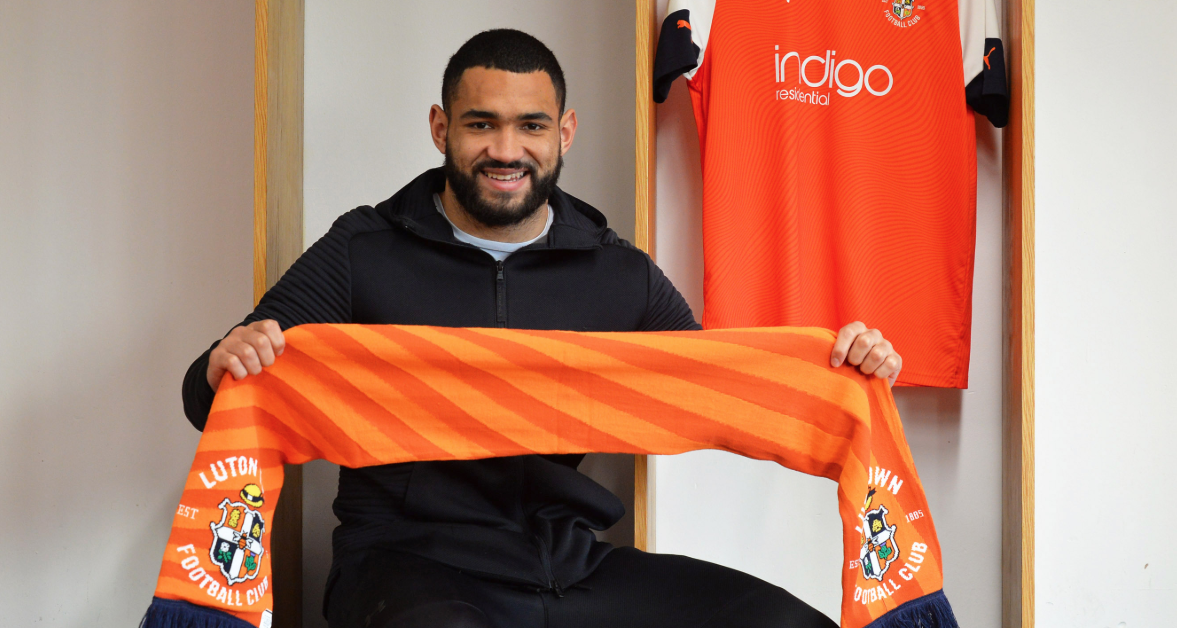 Cameron Carter-Vickers may have only played 20 minutes with his new club, but is already setting goals for the rest of the season.

The Tottenham loanee arrived at EFL Championship side Luton Town prior to last Saturday’s 2-0 loss to West Bromwich Albion and got his first taste of life at the club. Carter-Vickers came off the bench and played the final minutes at The Hawthorns, his first game action since Nov. 30th with Stoke City.

Carter-Vickers thanked the staff at Luton Town for their interest in him in what has been a disappointing season so far.

“That definitely helped convince me, when a club shows that they really want you, that makes you want to go there,” Carter-Vickers said. “I’m happy to be here, I spoke to the manager before coming in and he said that he thought he could stay up with this team and he wanted me to come and help with that.”

“There was a bit of interest, but when I spoke to the manager, that convinced me to come here. As soon as I came back from Stoke I wanted to get back out.”

Carter-Vickers made 12 appearances for the Potters during the first-half of the season, but only two since Michael O’Neill was named manager on Nov. 8th. He played at right back under O’Neill, but eventually was recalled from his loan early by Tottenham.

Despite being linked to several other EFL Championship clubs, Carter-Vickers joined Luton Town, who are currently bottom of the league table. Sitting seven points from safety with 16 matches remaining, Luton Town will be up against the odds with three months of action to play. Carter-Vickers admits he can help make a difference for the remainder of the season.

“For me I just want to keep playing football and keep being involved,” Carter-Vickers said. “I want to play as many games as I can and help the team as much as I can. I believe with the squad that we have here, we can have a strong finish to the season and that’s something I want to be a part of and help out.”

The 22-year-old has gained valuable experience in the Championship over the last few years and now will look to take the next step in his development. In past loan spells at Swansea City, Sheffield United, and Ipswich Town, Carter-Vickers has avoided relegation and Luton Town manager Graeme Jones has faith that the centerback will play a major role within the club.

“I thought it was important [Carter-Vickers played on Saturday] because Cam’s going to be important to us going forward,” Jones said. “I liked the look of his performance, it was very assured, he had a touch, he’s a defender and I think he’ll help us along.”

Carter-Vickers could make his full debut for the The Hatters on Feb. 8th at Kenilworth Road against Cardiff City.