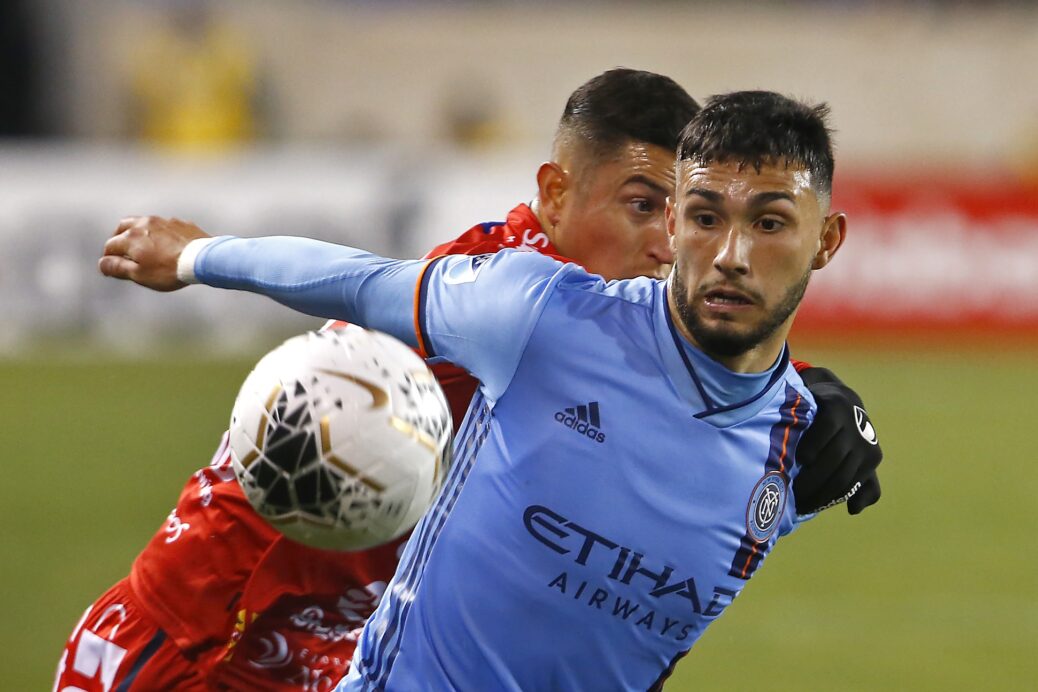 The Concacaf Champions League was nearly turned on its head on Wednesday night, with powerhouse Mexican sides Club America and Tigres pushed to the brink of elimination while two more MLS teams secured passage to the quarterfinals.

Rather than upsets, Tigres and Club America pulled off impressive comebacks to thwart the upset bids of their Central American opponents, and setting up a pair of juicy Liga MX-MLS quarterfinal clashes in the process.

Club America needed penalty kicks to eliminate Guatemalan side Comunicaciones, needing a second-half penalty kick to tie the score before converting all five penalties in the shootout to avoid an embarrassing elimination.

New York City FC had no trouble with Costa Rica side San Carlos, cruising to a 1-0 victory at Red Bull Arena on the strength of an Alexander Callens goal that gave NYCFC a 6-3 aggregate victory.

NYCFC will now face Tigres, which needed a dramatic second-half stoppage-time goal from goalkeeper Nahuel Guzman to avoid falling to a surprising Alianza FC, a team from El Salvador that was given little chance to win, but pushed the series aggregate to 4-4 with a road-goals advantage before Guzman’s last-gasp header.

The Montreal Impact made it three for three for MLS teams reaching the quarterfinals so far with its 0-0 draw against Costa Rican side Deportivo Saprissa. The Impact went through on away goals after their 2-2 draw in San Jose last week.

The Impact will now face the winner of the Seattle Sounders-Olimpia Round of 16 tilt. The Sounders are tied, 2-2, heading into Thursday’s second leg in Seattle.

Los Angeles FC rounds out the MLS contingent trying to reach the CCL quarterfinals, but Thursday’s second leg at Banc of California Stadium will see LAFC try to erase a daunting 2-0 first-leg deficit against an in-form Club Leon side. The winner of the LAFC-Leon series takes on Cruz Azul, which advanced comfortably after 4-0 second-leg drubbing of Jamaican side Portmore United.