Liga MX was a popular shopping destination, with Alan Pulido, Rodolfo Pizarro and Lucas Zelarayan headlining the contingent of players making the move north to help MLS close the gap on its southern rival.

European leagues were also heavily tapped, with Chicharito Hernandez arriving from Spain, and

Here’s a closer look at some of the top newcomers to watch this season: 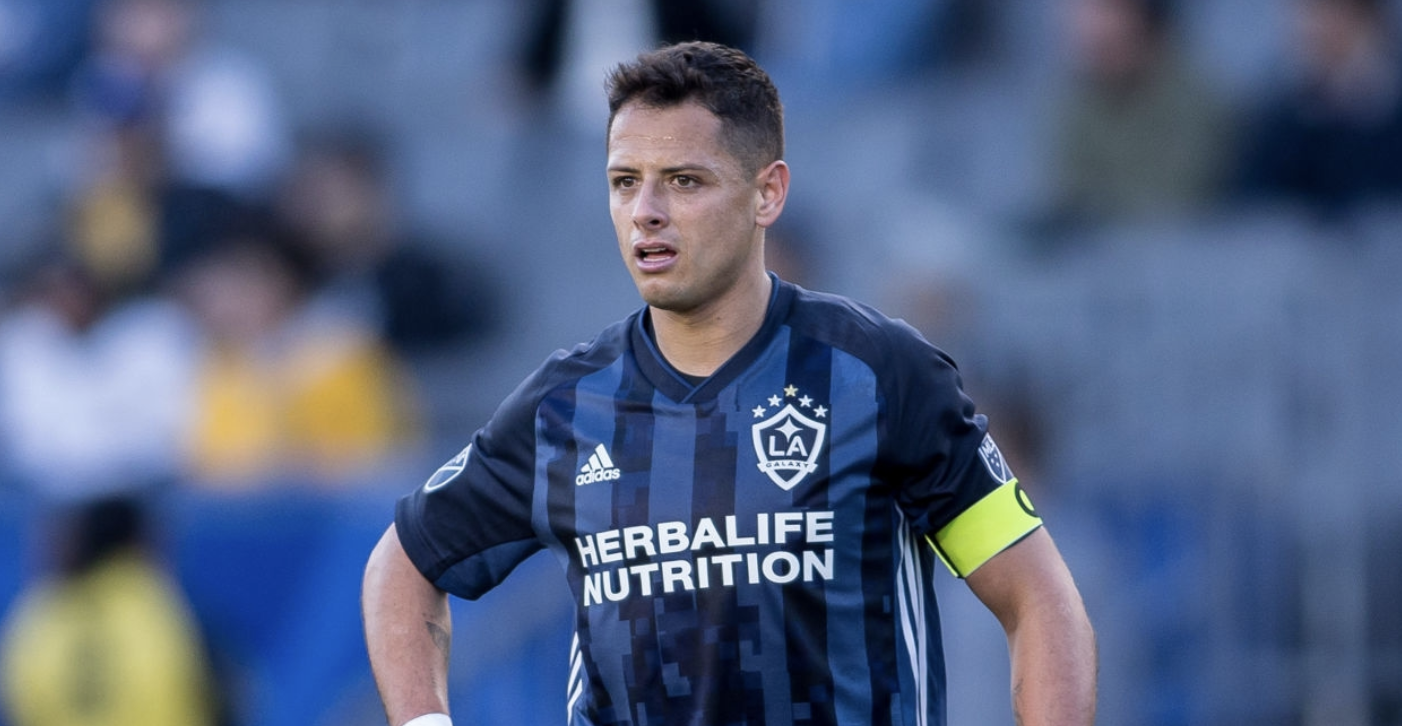 Chicharito needs no introduction to MLS fans after his numerous years with the Mexican National Team.

The 31-year-old makes the move to MLS after a disappointing stint with La Liga side Sevilla. He now replaces Zlatan Ibrahimovic in Los Angeles, who left at the end of the 2019 season.

Hernandez remains a top forward when healthy and should give the Galaxy a more versatile look in attack, alongside playmakers Cristian Pavon and Uriel Antuna.

Inter Miami made numerous moves ahead of their first MLS season, but none more glamorous than acquiring Rodolfo Pizarro.

The longtime Liga MX player makes the trek North to Miami where he looks to make a major splash for David Beckham’s team. Pizarro will lead an intriguing group of players into Sunday’s trip to LAFC against the likes of Carlos Vela, Diego Rossi and the rest of Bob Bradley’s team.

Pizarro has won six major trophies in Mexico during his career and also has earned 25 caps with the Mexican National Team. The 26-year-old has the experience and talent to have a breakout debut campaign in MLS.

Another talented Mexican forward made the switch to MLS with Alan Pulido  joining Sporting KC this winter.

Pulido is coming to Peter Vermes’ side off a strong four seasons with Guadalajara, where he totaled 41 goals and won two Liga MX titles and one Concacaf Champions League title. 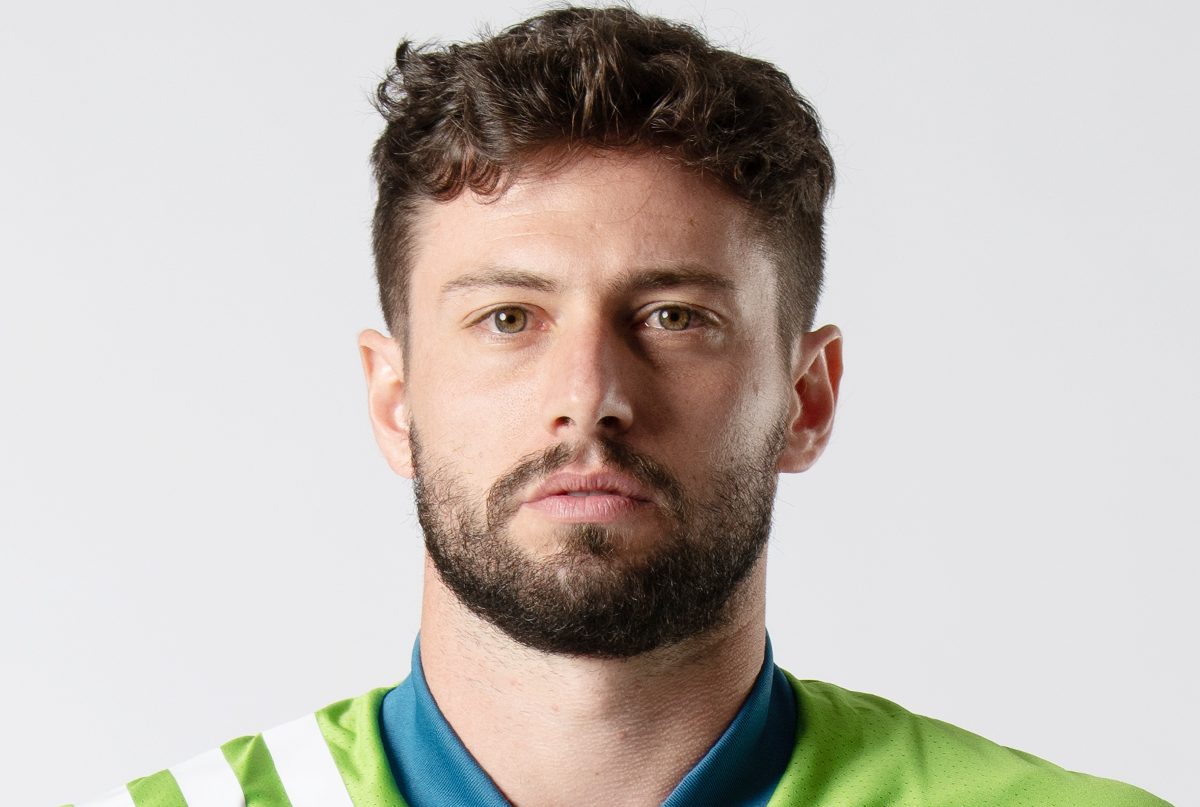 Joao Paulo’s arrival in Seattle got off to a fast start with the midfielder scoring in his first two matches in Concacaf Champions League play.

The 28-year-old veteran midfielder comes to the defending MLS Cup Champs adding another strong option to Brian Schmetzer’s team. Paulo has filled in nicely in midfield so far and should connect with fellow South Americans, Raul Ruidiaz and Nicolas Lodeiro. 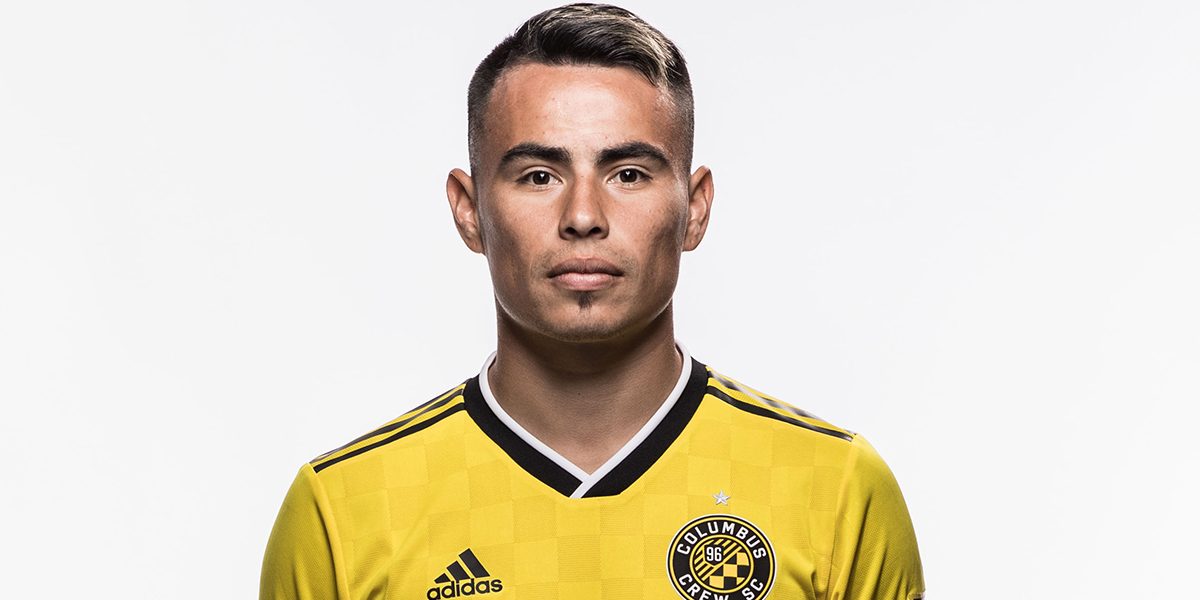 With the loss of longtime servant Federico Higuain, Lucas Zelarayan comes into Caleb Porter’s team looking to pick up where the Argentina left off.

The 26-year-old comes from Liga MX powerhouse Tigres and will add both goals and assists for a team that struggled last season. Should Zelarayan hit the ground running, the Crew could very well make a splash in the Eastern Conference.

The Peruvian midfielder joined D.C. United from Liga MX side Morelia, and Ben Olsen’s side will be hoping he can help fill the playmaking void left by the departure of Luciano Acosta.

Flores is more of a box-to-box player, with the attacking qualities to help D.C. United’s lackluster attack, and the work rate to help D.C.’s already-strong defense.

The Canadian striker also arrived from Mexico, joining the Whitecaps for a transfer worth upwards of $6 million. He gives Vancouver the kind of physical presence up top that should help open things up for the Whitecaps other attackers.

Another attacking acquisition makes the move to Cincinnati hoping to help the club make huge strides in 2020.

Jurgen Locadia had a strong seven years with Eredivisie side PSV and is now looking to jumpstart his career after a standstill two seasons with Brighton & Hove Albion. A versatile forward, Locadia is aiming to jump right into the starting lineup as Cincinnati seeks a bounce back season.

Bolstering another position on their roster, FC Cincinnati added another experienced player to the mix in 2020.

Siem de Jong impressed in his lengthy time with Ajax from 2007-14′, scoring 78 goals in 243 appearances. Not only did de Jong impress in the Netherlands, he also earned a move to the Premier League with Newcastle United and continue to rack up appearances in a return to Holland. 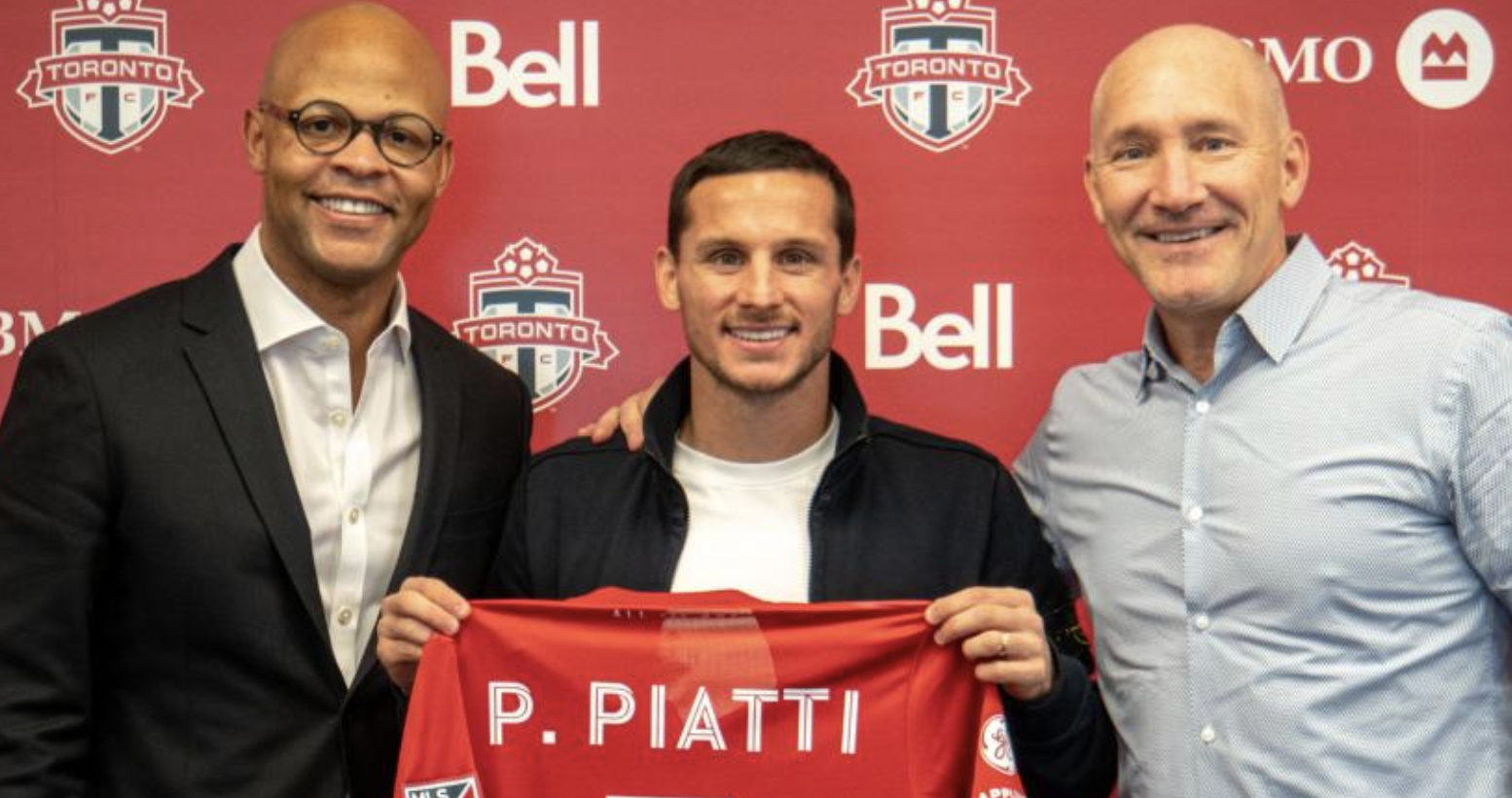 The 30-year-old Argentinian striker could be the attacking addition that helps push TFC closer to the MLS Cup title it fell short of last year. Piatti is coming off a knee injury, but TFC believe he will recover and provide a major impact. 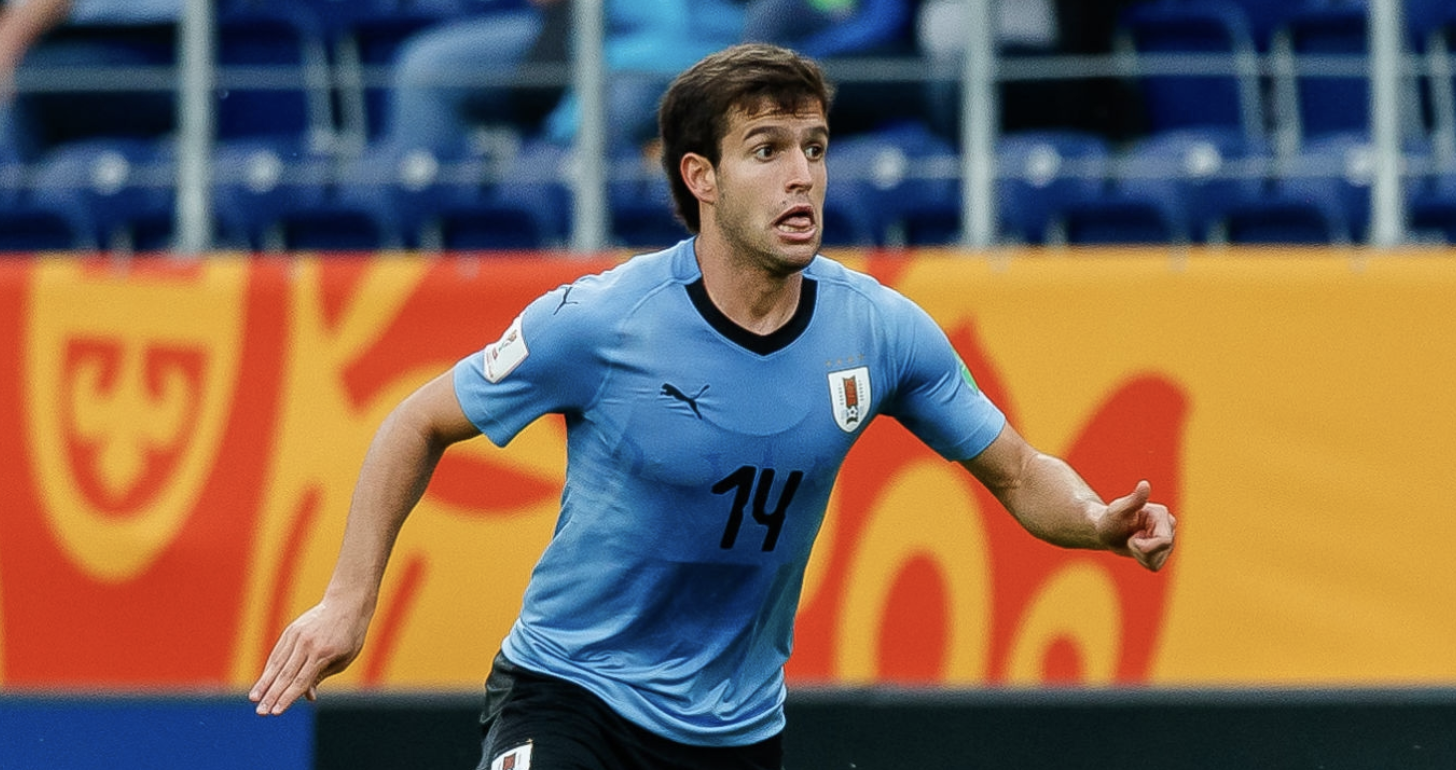 LAFC added to its embarrassment of riches this offseason with Francisco Ginella moving to MLS.

The Uruguayan doesn’t have tons of club experience so far, but can learn plenty from the likes of Carlos Vela and Diego Rossi. Ginella is a versatile playmaker who could play multiple roles in Bob Bradley’s squad.

Gallese has been on the rise as a professional after strong seasons in both Peru and Mexico. The 29-year-old is a durable keeper who should take the No. 1 job in Orlando and hold onto it for a team seeking its first-ever playoff appearance.

Joining his brother Diego in Portland, Yimmi Chara will bring the same work ethic to MLS as his brother did back in 2011.

Yimmi is an experienced box-to-box midfielder who could team up with his brother in the heart of the Timbers midfield. Joining from Atletico Mineiro, Chara is a physical player who should slot in nicely at Providence Park for a team with several years of success.

The Argentinian midfielder was acquired for a reported $4 million and will be called on to anchor the heart of Chicago’s new-look lineup. The 28-year-old most recently played for Velez Sarsfeld, and his move to MLS will mark his first experience playing outside of Argentina.

The 23-year-old Polish striker is a promising goal-scorer who has already established himself as a good fit with New England and should help fellow designated players Carles Gil and Gustavo Bou be even more dangerous.

The Paraguayan striker arrives in Minnesota having been the leading scorer in the Ecuadorian league, and will look to become the latest striker to flourish under the tutelage of Adrian Heath. The 24-year-old striker has the size, mobility and finishing touch to thrive in the Loons attack, though Minnesota United is still an attacking midfielder away from being a serious threat.