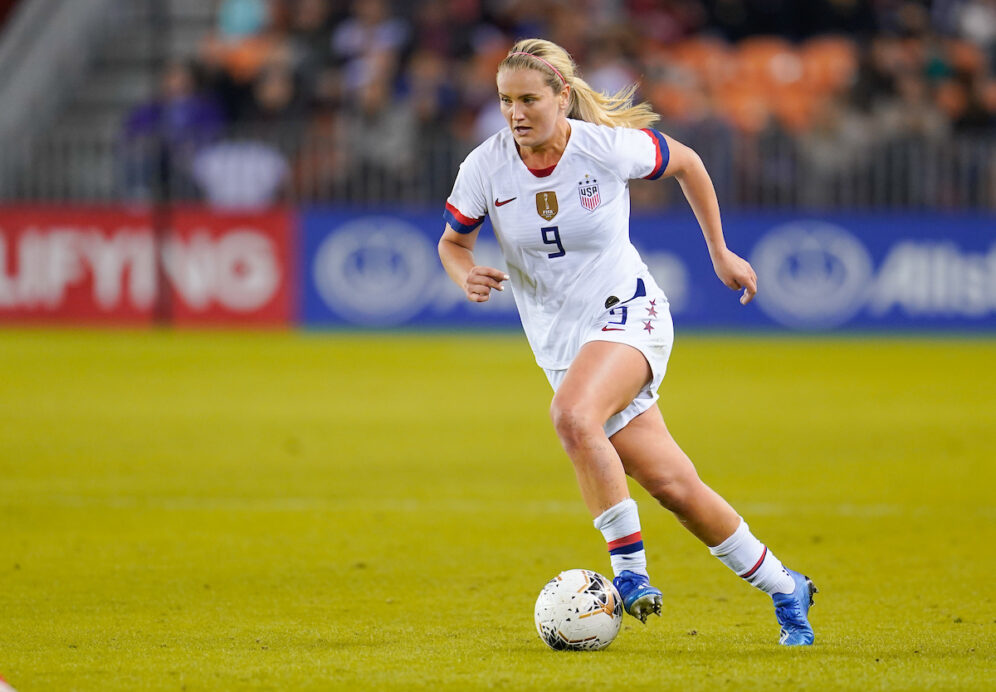 In the U.S. Women’s National Team’s Friday night rout of Panama, Lindsey Horan shined the brightest as she played a part in five goals to help power the team to an 8-0 pummeling over Costa Rica in CONCACAF Olympic Qualifying play.

Her three-goal, two-assist performance gave the team more than it needed to secure a semifinal berth in the tournament.

“I’m happy for the result and the goals, and how everyone else contributed as well.” Horan said post match.

Apart from hitting the net herself twice within the first 18 minutes of the match, her creativity was showcased when she set up a goal for Lynn Williams in the 15th, setting the tone for what would turn out to be a bullying performance from the Americans.

“To be perfectly honest, all of our forwards are very fast,” Horan said. “It makes it very easy on me and the other midfielders to know the ability that they have, the balls that they can get to, and just how incredible they are, you saw how many goals they set up tonight as well.

Horan’s contributions in the second half came in the form of a setup for a no-look goal from Tobin Heath, and she polished off her hat trick in the 81st minute, waiting over an hour to bury the opportunity.

“Everyone always wants a hat trick,” Horan said. “To be fair, I think it was more about how our team was playing and to not get lackadaisical throughout the game, which I think we had bits and pieces of it.

One of the 38 amassed shots by the team was a point-blank miss that belonged to Horan. She snuck past Panamanian keeper Yenith Bailey and Megan Rapinoe found her with a wide-open net, but she sailed the shot over the post in the second minute.

“I think to be fair, we could’ve scored more goals, including myself, and I think we’ll be seeing those on video.” Horan said laughing.

The miss proved to be inconsequential as newly-installed head coach Vlatko Andonovski is cruising through his first competitive match cycle with the team.

“I thought Lindsey was exceptional. I think she did an incredible job,” Andonovski said. “I’m just happy that slowly she’s coming back to her best form and I think the best of Lindsey Horan is going to come.”

Though she didn’t start, she featured and earned a goal the USWNT’s 4-0 win over Hati in the first game of the tournament’s group stage. The Americans will play their last game of Group A play on Monday against Costa Rica.