The 2020 MLS season kicks off on Saturday, and the SBI Editorial Staff has come together to make its predictions for the upcoming campaign.

Los Angeles FC and Atlanta United are the favorites to lift silverware this season, and the editorial staff’s predictions for this year’s MLS awards are dominated by players from LAFC and the Five Stripes.

That doesn’t mean there isn’t a wide range of opinions on which players will be among the best this season. Five different players received nods in our MLS MVP, Defender of the Year, Goalkeeper of the Year and Rookie of the Year voting, while Coach of the Year selections saw no coach receive multiple votes.

The only unanimous pick among all the awards was Newcomer of the Year, with the entire SBI staff selecting Chicharito Hernandez as the pick to be the league’s best newcomer.

PITY MARTINEZ. After a rough start to his time in MLS, Martinez found his rhythm in the second half of 2019. He’s arrived in 2020 in top form, and ready to be the superstar Atlanta United expected when it signed him to replace Miguel Almiron (Ives Galarcep)

JORDAN MORRIS. Morris has continued to be one of the top forwards in MLS and will lead his team to another MLS Cup title in 2020. (Larry Henry)

JOSEF MARTINEZ. Simply put, the East will have easier targets than the West, which will provide the Venezuelan hitman with a better season by the numbers. (Tyler Snipes)

CARLOS VELA. He’s already showing a lot of fire in the Concacaf Champions League and he can only get better as he rounds into midseason form once the regular season starts. (Joe Hojnacki)

ALEJANDRO POZUELO. TFC will possess one of the league’s deadliest attacks and Pozuelo is simply an output machine. (Gregory Caltabanis)

CARLOS VELA. Vela stays at the top of the hill until someone knocks him off it. (Jason York)

MILES ROBINSON. (Ives Galarcep). If he can shake off his early-season injury issues, Robinson should take the next step in his progression. Dominant in a breakout 2019, Robinson should become more of a leader for an Atlanta side that should lead the East. (Ives Galarcep)
EDDIE SEGURA. LAFC will make things interesting in the West once again and Segura will take the next step as one of the league’s top defenders. (Larry Henry)
MILES ROBINSON. After a breakout season in 2019, Robinson showed how valuable is his in Atlanta’s backline. (Tyler Snipes)
AARON LONG. The only way he doesn’t win the award is if he leaves for Europe over the summer, but the Red Bulls won’t let him go that easily. (Joe Hojnacki)
ALEXANDER CALLENS. NYCFC will have a stingy defence, especially at home, and I expect Callens to be a big part of that. (Gregory Caltabanis)
IKE OPARA. Much like Vela, someone will need to supplant Opara as best defender, so until then, these are eight easy letters to type. (Jason York)

LUIS ROBLES. A key reason for the New York Red Bulls’ defensive success for years, Robles will be able to showcase his quality as he helps expansion side Inter Miami exceed expectations. (Ives Galarcep)
ANDRE BLAKE. The Philadelphia Union possess one of the league’s top goalkeepers and Blake will help the team to another step in the right direction. (Larry Henry)
BILL HAMID. After hitting a new level in 2019, he’s going to go a long way in keep D.C. United in games once again this year.  (Tyler Snipes)
BILL HAMID. Hamid has long been one of the most consistent keepers in the league and he’s bound to have another excellent season in D.C. (Joe Hojnacki)
STEFAN FREI. The Seattle Sounders goalkeeper arguably deserved it last year and should continue his impressive exploits in 2020. (Gregory Caltabanis)
MATT TURNER. The Revs should score plenty of goals and Turner will prevent just as many as well. (Jason York) 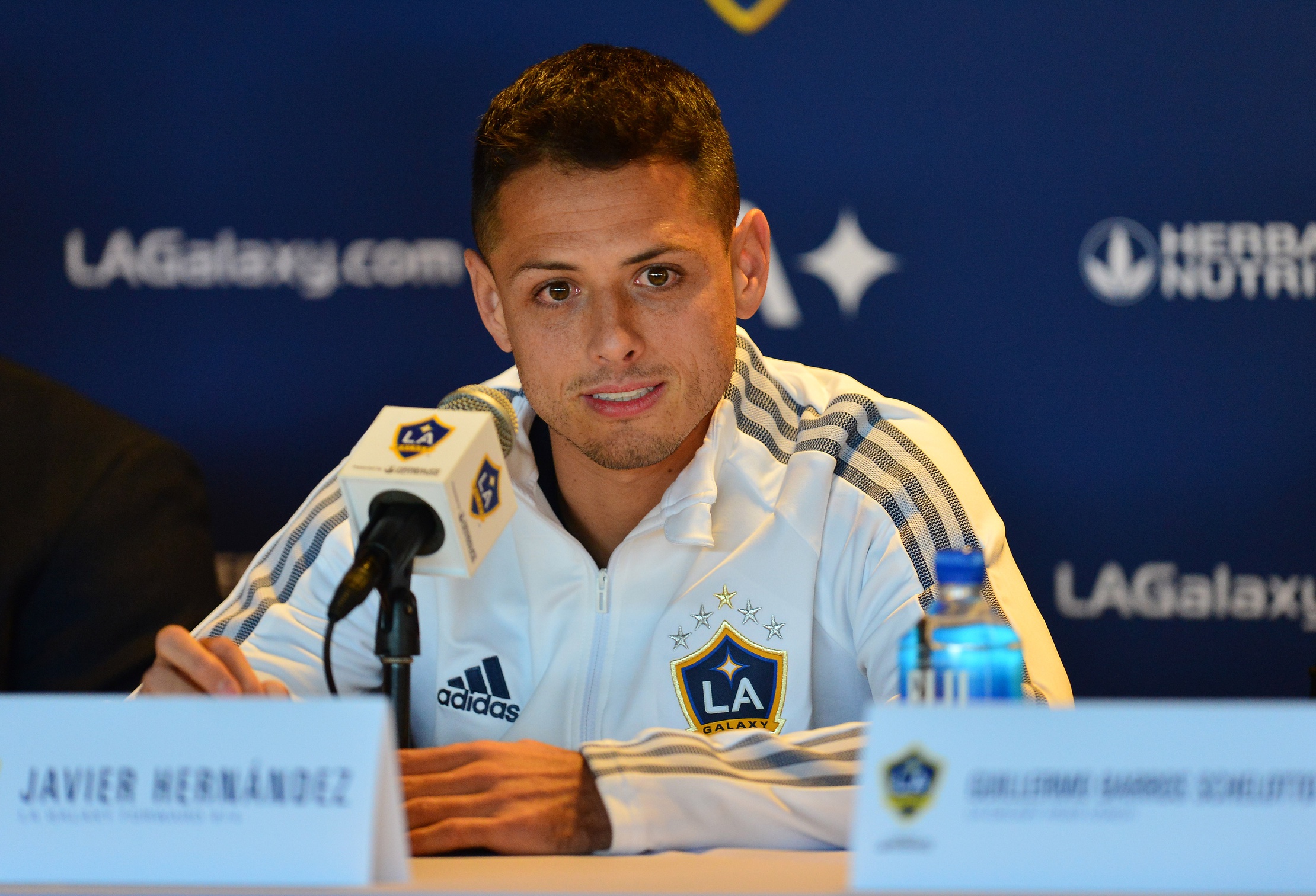 PATRICK SEAGRIST. Replacing Kemar Lawrence will be no easy task, but Seagrist will have a chance to play right away, and has already impressed in his first preseason. (Ives Galarcep)
ROBBIE ROBINSON. The former Clemson striker will play a major role for Inter Miami, helping the club fight for a first-ever playoff berth. (Larry Henry)
ROBBIE ROBINSON.  Robinson looks primed to get some minutes in Miami. If preseason is any indication of what he’s capable of when the real action begins, he’s going to have a decent first year of MLS life. (Tyler Snipes)
RYAN RAPOSO. The Vancouver first round pick will get a chance to prove himself for a wide open Vancouver team and his excellent play in college and at the amateur ranks will serve him well. (Joe Hojnacki)
IFUNANYACHI ACHARA. This award remains the most difficult to predict, but I could see Achara getting a few games and finding the back of the net. (Gregory Caltabanis)
HENRY KESSLER. Could be tasked with playing a prominent role in central defense for a probable playoff team. (Jason York)

CALEB PORTER. The Columbus Crew are one of the leading candidates for a major turnaround in 2020 and if Porter integrates the new pieces smoothly, the Crew could make a serious push in the East. (Ives Galarcep)
RONNY DEILA. NYCFC will repeat as the No. 1 seed in the Eastern Conference with Deila continuing a positive trend at the club. (Larry Henry)
ADRIAN HEATH. Someone in the West not named Bob Bradley or Brian Schmetzer deserves some spotlight. Heath will guide Minnesota United to the playoffs for a second straight season with a handmade squad. (Tyler Snipes)
PETER VERMES. SKC brought in plenty of talent and Vermes is the right man to lead then back from a down year in 2019. (Joe Hojnacki)
RAPHAEL WICKY. Leading the most changed side going into the new season, I expect Wicky to get them in the playoffs. (Gregory Caltabanis)
BOB BRADLEY. Bradley will literally put LAFC in the best position. (Jason York)

JAMES SANDS. Injuries kept Sands from enjoying a full breakout season in 2019, but the NYCFC defender/midfielder should shine in a regular role in 2020. (Ives Galarcep)

CHASE GASPER. The Minnesota United left back impressed in 2019 and will continue his development for a Loons side eager for a strong season. (Larry Henry)

GREG GARZA. Coming in with healthy for the first time in recent seasons, Garza looks more likely to fill a holistic role in Cincinnati as opposed to getting back up to speed from rehabbing injuries. (Tyler Snipes)

TRISTAN BLACKMON. He’s been handed quite the opportunity to lead the LAFC back line and the 23-year-old is primed to become one of the league’s best defenders. (Joe Hojnacki)

EZEQUIEL BARCO. The young Argentine is not coming off a great season and he’ll be eager to put it behind him. The talent’s there. (Gregory Caltabanis)
DEJUAN JONES. Jones can play left back, right back, wing back and his versatility could be key for the Revs. (Jason York)

CARLOS VELA. It will be tough for Vela to get close to his record 34-goal mark of 2019, but he should push past 25 goals, and add some more assists to his tally. (Ives Galarcep)
JOSEF MARTINEZ. The Venezuelan forward is one of the top forwards in North America and will recapture the Golden Boot with 28 goals in 2020. (Larry Henry)
JOSEF MARTINEZ. Once more, the West got tougher, the East stayed put, and Martinez will make the most of that gift. (Tyler Snipes)
CARLOS VELA. He won’t set a record again, but he’s still one of the best finishers in the league age he will crash 30 goals. (Joe Hojnacki)
JOSEF MARTINEZ. Who else? Martinez is a constant menace in the final third and an out-and-out goal machine. (Gregory Caltabanis)
JOSEF MARTINEZ. Martinez refuses to take no for an answer when it comes to scoring goals. (Jason York)

LAFC. A deep CCL run could make things tough in the long run, but Bob Bradley’s team boasts impressive depth and the quality to break its own record for MLS points in a season. (Ives Galarcep)
LAFC. Bob Bradley’s team may not end up as MLS Cup Champions, but that won’t stop them from claiming a second-consecutive Supporters’ Shield. (Larry Henry)
LAFC. The question of who is going to catch the best team in the league wasn’t answered by anyone in the offseason. (Tyler Snipes)
LAFC. They were the best team last year and they got even better this year, so so nobody will stop them on the regular season. (Joe Hojnacki)
ATLANTA UNITED.  Atlanta have the best team in a relatively weak Eastern Conference and I expect them to hit the ground running. (Gregory Caltabanis)
LAFC. When it comes to the regular season, find it hard to believe anyone will match or exceed the potential points’ haul of LAFC. (Jason York)

LAFC over Atlanta United. One of the most entertaining MLS Cup finals in history will feature Pity Martinez and Carlos Vela in a clash of supreme playmakers, but it will be LAFC’s supporting cast that delivers the elusive MLS Cup title. (Ives Galarcep)
Sounders over Atlanta United. Brian Schmetzer’s team goes back-to-back downing the Five Stripes at CenturyLink Field. Jordan Morris and Cristian Roldan will each score, propelling the Cascadia side back to supremacy in MLS. (Larry Henry)
NYCFC over LA Galaxy. Somehow, some way the wheels will fall off LAFC in the playoffs once again only for the Galaxy to fall to NYCFC in the final. (Tyler Snipes)
LAFC over Atlanta United. LAFC are the best team heading into 2020 and the playoff failures of the last two seasons give them the experience to succeed this time around. (Joe Hojnacki)
Atlanta United over LAFC. Fresh off last season’s disappointment, Atlanta will be eager to go one further. Given their experience and off-season activity, De Boer’s men have what it takes to win it all.(Gregory Caltabanis)
LAFC over Atlanta United. LAFC marches through the Western Conference, and then conquers the beast of the Eastern Conference to win its first MLS Cup. (Jason York).