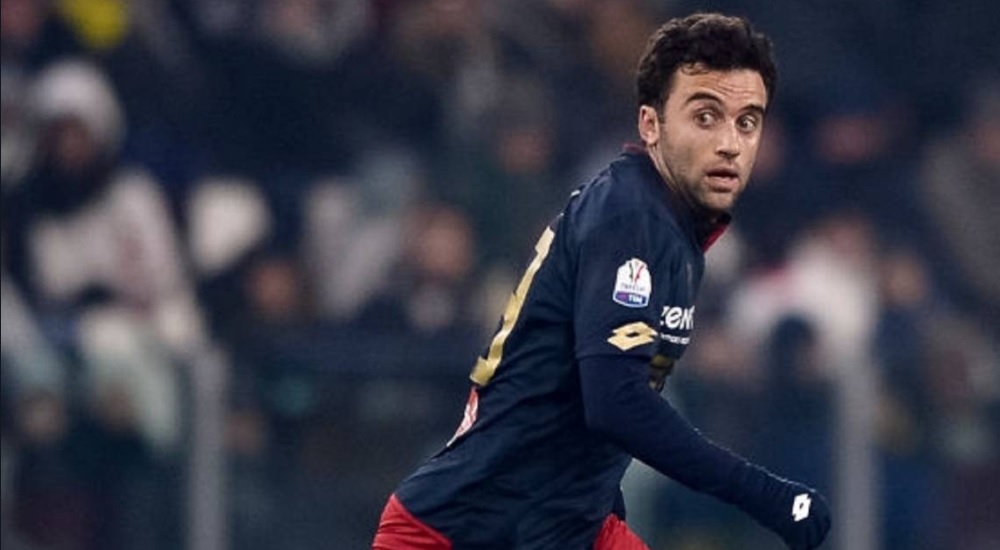 Giuseppe Rossi is on his way to MLS.

Real Salt Lake confirmed the signing of the former Italian Men’s National Team forward on Thursday. The American-born forward has seen stints in England, Italy, and Spain during his lengthy professional career.

“It feels great to now be a part of Real Salt Lake,” Rossi said. “I can’t wait to step onto the pitch and help RSL achieve all the goals we’ve set this year. For me, MLS has been growing every year and has produced an exciting product. I’m lucky enough to have RSL be my first contact in the league during this process. The club’s respect and kindness towards me is something I appreciate immensely. I can’t wait to see and meet the fans and immerse myself in the RSL culture. Along with the rest of the team, I can’t wait to begin this season and enjoy the journey together.”

In 337 professional appearances, Rossi has scored 128 goals, with his best season coming at Villarreal in 2010-11′. During that season, Rossi scored 32 combined goals in 56 appearances, participating in La Liga, the UEFA Europa League, and Spanish Copa Del Rey.

“Giuseppe’s resume speaks for itself,” RSL General Manager Elliot Fall said. “He brings an impressive level of international experience to an already talented and cohesive roster. Watching him in preseason it’s clear he has a lot to offer to our club. He has handled himself immaculately off the field and has fit in seamlessly with the group and has already served as a mentor for the young guys on our team.”

RSL opens the 2020 season on Saturday at Orlando City.

Alejandro Bedoya is committing his future to the Philadelphia Union for the next few MLS seasons.

The club announced Thursday they’ve signed the club captain to a multi-year contract extension. His new deal will see him under contract through 2021 with an option for 2022.

“Ale has exceeded expectations we set for him as a leader on the pitch, in the locker room, and throughout the community,” Union Sporting Director Ernst Tanner said. “At the Union, passion and drive are qualities that we look for, and nobody represents that better than Alejandro. It was very important for us to ensure the captain that led us to our first playoff win remains at our club to push us forward and set an example for our young core.”

Bedoya becomes the second recent re-signing this offseason, joining the likes of homegrown defender Mark McKenzie. The 32-year-old joined the club in Aug. 2016 as a Designated Player after playing three seasons for French Ligue 1 side Nantes.

His arrival in Chester saw him named team captain and later called up to the U.S. Men’s National Team for a successful Concacaf Gold Cup run. 2019 saw Bedoya helped the club to its first-ever playoff win over the New York Red Bulls while also recording four goals and four assists.

The Union travel to FC Dallas on Saturday to kick off the 2020 season.

The New York Red Bulls have signed a top prospect to a first-team contract.

Patrick Seagrist, the No. 10 overall selection in the 2020 MLS SuperDraft signed with the club on Thursday. Seagrist is fighting to earn the starting left back job in Chris Armas’ squad, after a strong preseason.

“We knew we liked Patrick when we traded up in the draft to get him,” Red Bulls Sporting Director Denis Hamlett said. “Patrick has done very well in preseason camp and earned this opportunity. We’re excited about the competition at outside back and know Patrick will continue to work to improve his game day in and day out.”

Seagrist played four seasons at Marquette University, capping off his Golden Eagle career with a team-best seven assists his senior campaign. He earned All-Big East First team honors in 2018 and 2019 while making 65 appearances. He recorded six goals and 16 assists as a defender.

“It has been a dream of mine ever since I was a little kid,” Seagrist said. “To have the belief and support from friends and family all these years has been huge. I can’t express how happy I am to be joining a club that believes in me and to be a part of a team that is all about family and togetherness.”

Seagrist is battling with Mandela Egbo for the starting left back job.

Berry becomes the 27th player on the current Crew roster heading into the opening week of the regular season. He’s spent the preseason with Caleb Porter’s side and now will aim for first-team minutes with the club.

Berry made 72 appearances for the University of San Diego while registering 38 goals and 16 assists from 2016-19′. The 2019 season saw Berry named the WCC Co-Player of the Year and a semifinalist for the MAC Hermann National Player of the Year award. Additionally, the forward also earned a spot in the following teams: the USC All-America Second Team, the All-WCC First Team, the USC Scholar All-American First Team, the USC All-West Region First Team, and the College Sports Information Directors of America All-American Third Team.

“We want to congratulate Miguel on officially joining Crew SC,” Crew SC President and General Manager Tim Bezbatchenko said. “Miguel’s hard work in preseason camp did not go unnoticed and we are excited to have him join our Club. We look forward to working with Miguel as he continues his development as a player.”

He is the fourth forward on the Crew’s first team roster, joining Gyasi Zardes, Fanendo Adi, and Jordan Hamilton.

Jack Skahan has signed a multi-year contract with the San Jose Earthquakes.

After being drafted in the second round by San Jose in the 2020 MLS SuperDraft, Skahan will now be placed on the team’s roster. He scored one goal and added two assists in a pair of preseason friendlies in Mexico earlier this year.

“Considering how well Jack performed during his first MLS preseason while adjusting seamlessly to his new home, we are hopeful about his future development,” Earthquakes general manager Jesse Fioranelli said. “We are excited to be able to sign two of three players we selected in the 2020 SuperDraft and I would like to recognize the entire team of people responsible for identifying and helping integrate the players into our squad.”

Skahan, 22, was a four-year starter at the University of North Carolina, totaling 12 goals and 12 assists across 71 appearances. He earned All-ACC Second Team honors in 2019 and All-ACC Third Team honors in 2018. He helped the Tarheels finish with the best regular-season record in the ACC Coastal Division in 2016, 2017 and 2018, qualifying for the NCAA Tournament all three seasons.

A former product of the Philadelphia Union Academy, Skahan has also represented the U.S. Under-16 Boys National Team in the past.