NYCFC to remain at Red Bull Arena for CCL quarterfinals 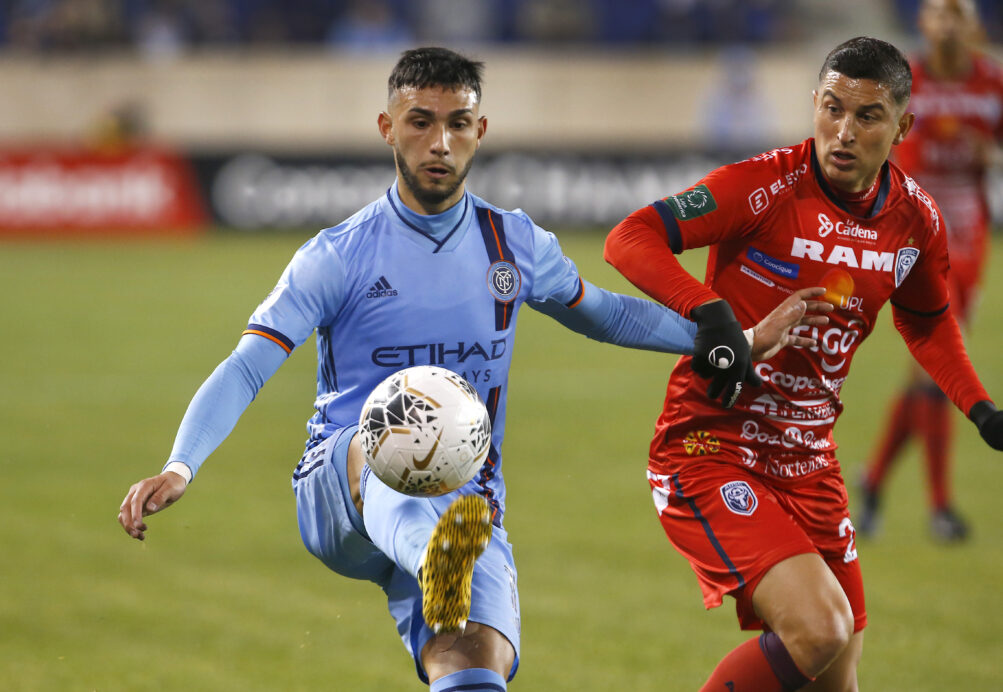 NYCFC will be remaining at rivals venue Red Bull Arena for the quarterfinals of the Concacaf Champions League.

The club announced the news on Friday, two days after advancing into the quarterfinals. NYCFC advanced on a 6-3 aggregate scoreline, eliminating San Carlos.

The Eastern Conference club will next face Liga MX heavyweight Tigres in Harrison on March 11th and in Mexico on March 17th. Although it isn’t the same as Yankee Stadium, it was the only alternative for NYCFC who also looked into hosting at Citi Field.

“We are extremely proud to have progressed to the next round and to be amongst a group of the eight best teams in our region marking another milestone in our Club history,” NYCFC CEO Brad Sims said.

“We understand and appreciate that many of our fans have been, and continue to be, disappointed that we have been forced to now play our first two matches in the SCCL outside of New York City. I want to again make it clear to our fan base that, until we have our own permanent home in the five boroughs, our intention is to play all of our home matches, in all competitions, at suitable venues within New York City. Unfortunately, due to circumstances outside of our control, we find ourselves again in a situation with no available, Concacaf approved venue inside NYC for the Quarterfinal round.”

Tigres advanced after eliminating El Salvador side Alianza FC on a 5-4 scoreline. A dramatic winning goal from Tigres goalkeeper Nahuel Guzman in the second leg booked the Mexican side a place in the next round.

NYCFC are one of four MLS teams in the quarterfinals after Seattle Sounders were eliminated on penalty kicks by Olimpia on Thursday.

The club kicks off MLS play on Sunday at the Columbus Crew.