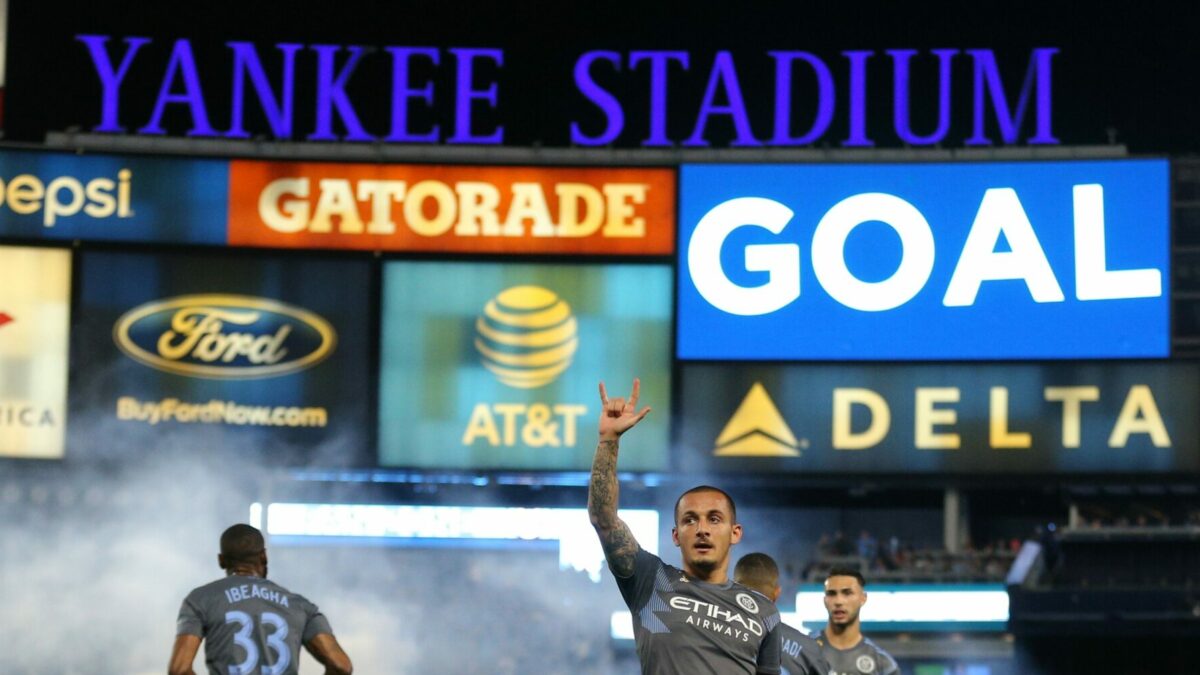 On the same day New York City FC was forced to announce that it would be playing its first Concacaf Champions League match at Red Bull Arena, a report has surfaced suggesting NYCFC’s days of not having a placed to call home could soon be ending.

The team’s owners are closing in on an agreement with New York City to build a privately-funded stadium in the South Bronx, according to The New York Times.

NYCFC’s owners would reportedly partner with a group of local developers to build a 25,000-seat facility as part of a $1 billion development project near Yankee Stadium.

The new facility would be the centerpiece of a proposed plan that would also include affordable housing units, a school, hotel and retail space.

The report surfaced on the same day NYCFC and the New York Red Bulls announced that NYCFC’s Concacaf Champions League match against Costa Rican side San Carlos would be played at Red Bull Arena. A decision forced on NYCFC due to the unavailability of Yankee Stadium or Citi Field, and Concacaf’s facilities requirements, which ruled out other facilities that NYCFC proposed for the match.

NYCFC is giving free tickets to its season ticket holders as a form of compensation for the inconvenience of traveling to New Jersey to watch NYCFC play at the home of its main rival.

NYCFC has called Yankee Stadium home since it began playing in MLS in 2015, and while it has drawn some good crowds in recent years after shaking off disappointing early years, the team has been desperate for a home of its own. That has proven difficult to find in the New York market.

The team has seen other attempts at securing a stadium fall apart before ever really taking flight, and even this new potential opportunity is far from becoming reality.

A similar proposal near the same location fell apart in 2018, and NYCFC will need a lot of things to fall in line in order for this new proposal to become a reality.

Even if it does, NYCFC fans are still facing several years of waiting for a new home, and more inconvenient trips to temporary homes, like the trip they will take to Red Bull Arena later this month.