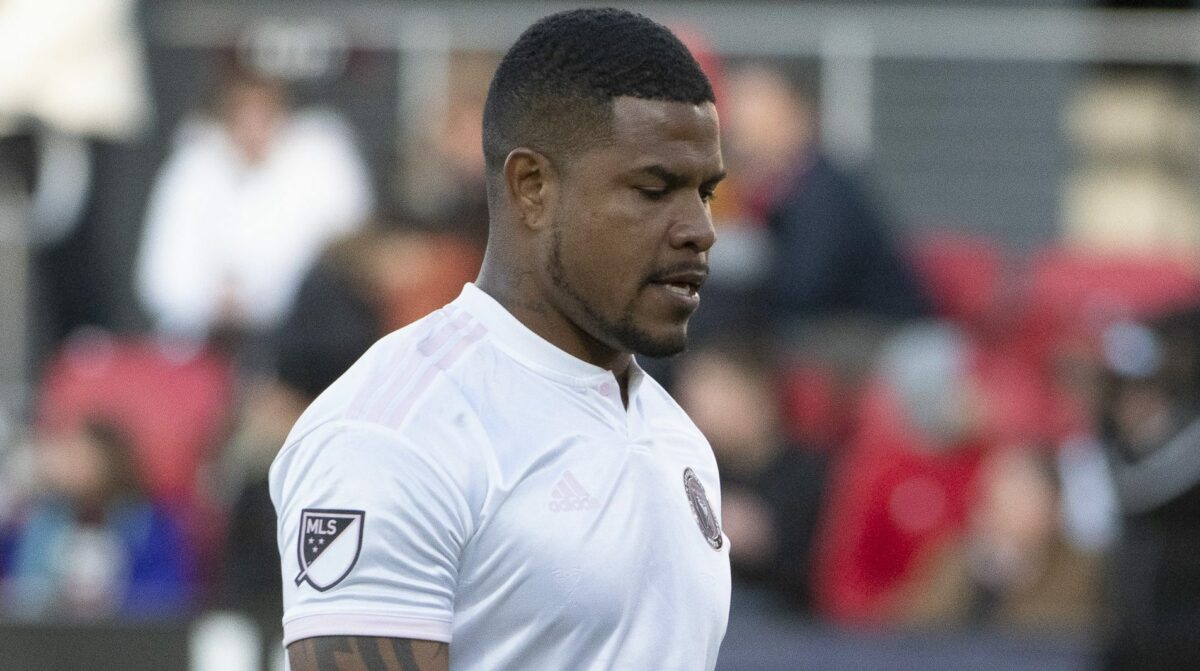 If Inter Miami is truly keen on playing through possession, the team did not demonstrate that on Saturday.

Inter Miami’s eventful 2-1 defeat to D.C. United at Audi Field saw the MLS expansion side forego keeping the ball for a large portion of the match. Inter Miami from the onset routinely went direct or long when trying to build attacks from the back, which is a big reason why the first half ended with the club losing the possession battle by a staggering 66-34 mark.

That might be hard to believe given that Inter Miami held a 1-0 lead and was the more (re: only) lethal side going into halftime, but much of the damage the team inflicted was through quick transitions. In fact, the goal Rodolfo Pizarro scored inside of two minutes came off such direct play.

In case you missed it — and boy did it come early — the first goal in Inter Miami history courtesy of Rodolfo Pizarro.#InterMiamiCF #MLSpic.twitter.com/DNFTzxrmfF

Unlike in Week 1’s showdown with LAFC, Inter Miami did not try to make it a point to build up from back to front with short passing. Instead, the new franchise had centerbacks Nico Figal, Roman Torres, and Andres Reyes receive short from goalkeeper Luis Robles before bypassing the midfield entirely with long hits up the field in a clear effort to beat D.C. United’s initial pressure.

From there, Inter Miami’s front three of Pizarro, Robbie Robinson, and Lewis Morgan tried to win second balls before darting forward. The tactic worked well against a D.C. United team that was largely toothless in the attack, but it brought into question just how committed Inter Miami is to keeping the ball on the ground under head coach Diego Alonso.

A lot of the talk since preseason has circled around playing short and creating chances through combinations, but it was not until after Inter Miami went down, 2-1, and lost a man in the second half that it tried playing that way a bit more. Possession numbers improved a bit — ending at a 61-39 split in favor of D.C. United — but Inter Miami finished with 69 percent passing accuracy compared to the hosts’ 82 percent.

Inter Miami will almost surely not try to play so direct every week given the makeup of its roster, but the team may also not be all that concerned with playing as attractively as it led to believe.

Can Torres cut it as a starter?

The game-changing handball may have been a bit unfortunate, but it was the byproduct of poor passing from Torres.

Inter Miami’s swift unraveling in the second half was a direct result of a horrendous gaffe from Torres, who as the central and last defender in a high five-man back line played a low forward pass directly to Julian Gressel in the 50th minute before handling it while trying to win it back.

The play as an isolated incident could be deemed unlucky because of how the ball bounced perfectly (or imperfectly) to meet Torres’ outstretched arm as he jockeyed for position, but it was not a one-off. The Panamanian finished the match connecting on only 13 of his 23 passes, with most of his missed attempts coming under duress. 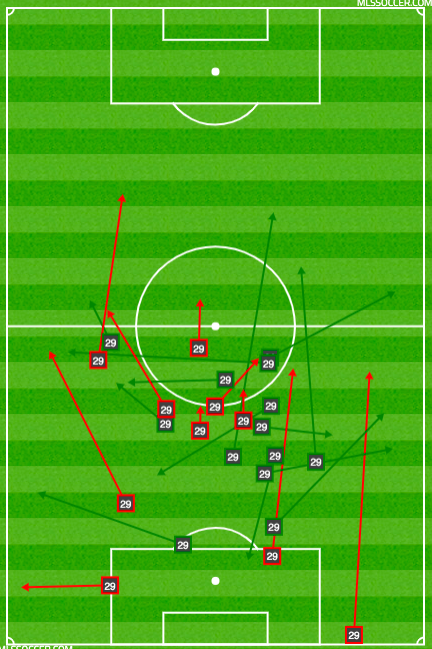 Now, it must be noted again that Inter Miami as a whole did not overly impress with its passing accuracy, especially not until D.C. United sat back a bit to protect the 2-1 lead. That said, Torres has to be lights out with his defending in order to offset his passing deficiencies and he clearly was not that on Saturday.

At 33-years old, it is unlikely that Torres makes marked improvement with his passing. Nonetheless, his place in Inter Miami’s starting lineup should be far from guaranteed if he cannot makeup for that with dominant defensive displays.

Robinson injury could have huge implications on rest of season

The headaches at forward seem to have no end right now.

Inter Miami has once again been left in a precarious position up top, as Robinson left the game late in the first half with what looked to be a serious knee injury. There was no immediate diagnosis on the rookie striker, but any significant spell on the sidelines will leave Juan Agudelo as the only natural center forward available and he himself only just recovered from a hamstring issue.

Club officials have talked in recent weeks about waiting until summer to fill their third Designated Player slot with a No. 9, but the continued injury issues up top might force them to reconsider that approach. What that may mean for Inter Miami is having to go back into the open market right now and paying whatever it takes to get the best option available — possibly even reconsidering a move for Roger Martinez? — as opposed to waiting a few months to sign someone of note.

Of course, Inter Miami could stick to its current plan, but the team might not want to continue trying its luck at this point.

Luis Robles (4.5) — Telegraphed where he was going on the equalizing penalty and gave up the near post a bit too easily on the winner. A far cry from his Week 1 display.

Dylan Nealis (5.5) — The rookie held his own defensively and got forward on occasion. A decent pro debut and a clear upgrade over Alvas Powell.

Andres Reyes (5) — Outstanding with his 1-on-1 defending in the open space and showed good speed, but failed to follow Frederic Brillant on the decider.

Roman Torres (3.5) — Not only did his red card change the game, but he did it to himself on the play with a poor upfield pass that came back his way to start the disastrous chain of events for Inter Miami.

Nicolas Figal (6) — Steady at the back again and took two decent shots, though he might have had more time on the second to do more than just head the ball right at Bill Hamid.

Ben Sweat (6) — Quietly effective on his flank. Never really had any trouble with his mark, put out some fires, and routinely got into the attacking half.

Victor Ulloa (4.5) — A reckless clearance attempt (and embellishment) gave D.C. United the game-tying penalty. That said, he was the tidier and more dangerous center midfielder and did okay when playing at centerback.

Wil Trapp (4) — His poor turnover and ensuing foul gave D.C. United the free kick that led to the winner. Needed to get on the ball more to influence proceedings.

Lewis Morgan (5.5) — Another chief ball-watching culprit on the game-winner, but an active participant in the attack. Delivered a good low ball to set up the early opener, though his overall service from the wing was erratic.

Rodolfo Pizarro (6) — Scored the franchise’s historic first goal two minutes in and showed a lot of heart in trying to find an equalizer. Needs more help.

Robbie Robinson (5.5) — A respectable first half in which he demonstrated more willingness to shoot ended with a worrying injury that left him in tears.

Juan Agudelo (4.5) — Held the ball up well after coming on for the injured Robinson, but had too many poor touches and negative passes.

Matias Pellegrini (5) — Buzzed all over the field after being subbed in, though his attacking contributions once again left something to be desired.

Diego Alonso (5) — His team may have been more dangerous prior to the red card, but the decision to not insert Lee Nguyen or use anyone as a third sub was curious given what unfolded.