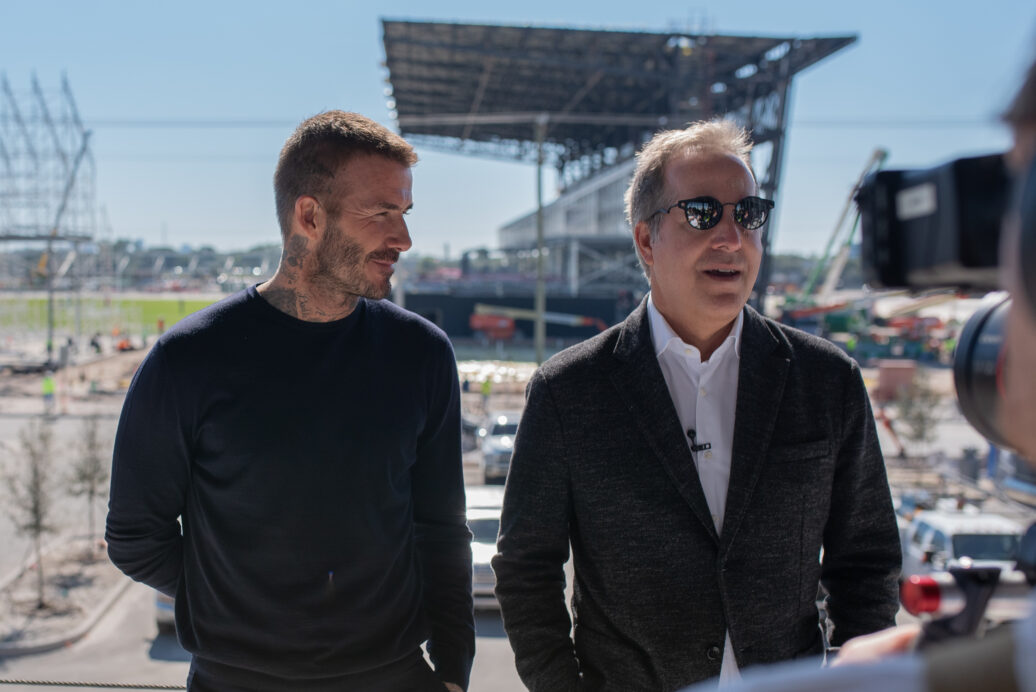 FORT LAUDERDALE, Fla. — The highly-anticipated home opener will have to wait.

Major League Soccer’s announcement on Thursday morning that it would cease play for at least 30 days due to the COVID-19 (the coronavirus) epidemic means Inter Miami will not play its first home game in franchise history this Saturday. The expansion team was scheduled to host the LA Galaxy in a star-studded affair that was sold out and set to air on Fox, but the Week 3 match, like all of the MLS schedule, has been postponed.

“I and David Beckham and Paul (McDonough) have been in very close communication with commissioner (Don) Garber,” said Inter Miami managing owner Jorge Mas. “The task force that was established by the MLS in dealing with all the issues dealing with the coronavirus. We’ve made a decision as a league this morning, as owners, that play will be suspended temporarily.

“The target on that is 30 days, so Inter Miami will not be playing its home opener this Saturday on March 14. We’re working and the league is working on rescheduling the games. We fully anticipate that we will play all of our 34 games. There is sufficient windows based on the fact that we’re very early in our season for us to play a full season.”

Mas added that he thought it was a “prudent” and the “right” decision by MLS to halt play because the league and team want to protect the health of their players, staff, and fans. He also stated that positive testing of NBA player Rudy Gobert and subsequent postponement of its season influenced Major League Soccer’s decision.

“I thought for the past week that as soon as a player tested positive, it could be a tipping point,” said Mas. “There have been a lot of conversations over the last week over the difference between open and closed arenas and there is a difference, but … once the NBA suspended last night, it had a triggering affect.”

With regards to tickets, Inter Miami is not currently planning on issuing refunds for the three home games that fall in the 30-day window. Mas added that MLS will soon come out with mandates and protocols on ticket policy for all clubs, which Inter Miam plans to follow.

As for the team itself, the league’s decision to pause the campaign is both understandable while also disappointing. Inter Miami officials and supporters have been envisioning and anticipating taking in a home opener in South Florida ever since Beckham made his Miami expansion announcement back in 2014, but they will now all have to wait at least another month before getting that opportunity.

“The players were disappointed, as am I, when I told them,” said Mas in Spanish. “I would have loved to open on Saturday given all that we’ve prepared for. We’ve had eight months of 16-18 hour work days, etc., but we just have to postpone the party. It’s not a cancellation.

“They are disappointed. Everyone wants to play. They were all very excited to play on Saturday in front of their fans, but we all understand these are circumstances far beyond our control.”

There is one positive Inter Miami is taking from all of this, which is the opportunity to continue to fine-tune things on the field. The expansion side has started life in MLS with an 0-2-0 record, but will now have more time to practice and work on its deficiencies.

“We don’t like it, but for us being an expansion team, a little more training isn’t the worst thing in the world,” said McDonough. “This is where we are and we’ll just put our heads down and get back to work.”

For now, Inter Miami will just have to stand by like much of the rest of the world to see how things develop with regards to the coronavirus. There may have been lots of palpable excitement and anticipation over the home opener, but the party will have to wait.

“I think everything will remain with the same fervor,” said Mas in Spanish. “Whenever we do open here at home, it will be with the same joy and anticipation of finally being able to see this dream of soccer in South Florida become a reality.”