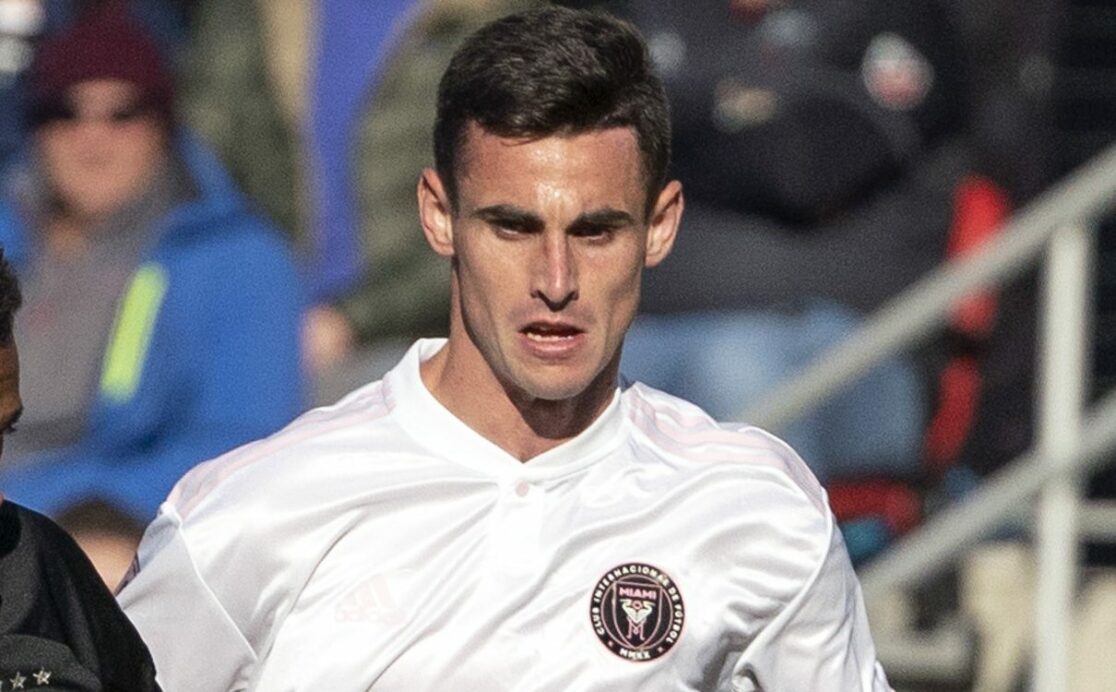 FORT LAUDERDALE, Fla. — When Inter Miami steps on the field this weekend to play the first home game in club history, there is a good chance that a rookie lines up at right back.

His likely assignment? Marking a World Cup participant from Argentina.

Inter Miami is set to formally open the doors of its sparkling new stadium on Saturday afternoon when the LA Galaxy pay a visit, and the high-profile showdown may see rookie fullback Dylan Nealis go up against talented winger Cristian Pavon.

The challenge for Nealis, should it come, would be immense. Pavon not only made a name for himself with his play at South American powerhouse Boca Juniors in his native Argentina before joining the Galaxy, but also represented his country at the 2018 World Cup with four appearances.

Nealis, conversely, is fresh off making his pro debut. Still, he is not nervous nor intimidated about the potential duel. Sure, Pavon has much more experience than him, but Nealis is nonetheless eager and determined to show what he can do against such a quality opponent.

“Huge respect to him, but these are the types of guys that I want to go against to be able to show myself,” said Nealis before Inter Miami practice on Wednesday morning. “(I want) to be able to go against these top-world players. I’m looking forward to the challenge if it does come.”

While there is no guarantee that Inter Miami head coach Diego Alonso starts Nealis on Saturday, it does seem likely. Nealis replaced MLS veteran Alvas Powell in the expansion side’s starting lineup in Week 2 after the Jamaican’s rough outing in the season-opening loss to LAFC, and there are already whispers in South Florida about Powell falling out of favor with the Uruguayan manager.

If Nealis does get the nod again, the Georgetown product is hoping to build on what he showed this past weekend. Nealis started and went the distance in the 2-1 defeat to D.C. United, and was never beaten or exposed in his first professional outing.

“I felt great overall. I thought I played pretty well,” said Nealis. “Obviously, an unfortunate result. Not the way we would’ve liked it to end, but I think you just get a glimpse of how quickly games can turn in the MLS.”

Of course, the challenge will be much different should Nealis have to go up against Pavon. The Argentine attacker has already shown this season how lethal he can be, as evidenced by the remarkable solo goal he scored in the LA Galaxy’s 1-1 draw with the Houston Dynamo in Week 1.

according to our calculations…

Nealis, however, said Wednesday that he takes a lot of pride in his 1-on-1 battles and just overall being “defensively sound”. It is what his game is centered on — though he also said he likes to get into the attack when he can — and his Inter Miami teammates and fans saw that over the weekend against D.C. United.

“Defending wise, I thought he was very sharp holding down their left back,” said Inter Miami forward Juan Agudelo on Wednesday. “He didn’t allow him to play forward much and that’s kind of what you want to see from a defender, to defend first. I thought he did that very well.”

In order for Inter Miami to end its two-game losing streak and open its new home with three points, Pavon’s impact will have to be mitigated. The daunting task could very well fall on the shoulders of Nealis, but the rookie is more than ready and up for it.

“I’m in the process (of watching game film on him) this week. I’m sure I’ll keep watching more and more as this week goes on,” said Nealis. “He’s a technically gifted player, he’s super special on the ball, so definitely looking forward to the challenge.”