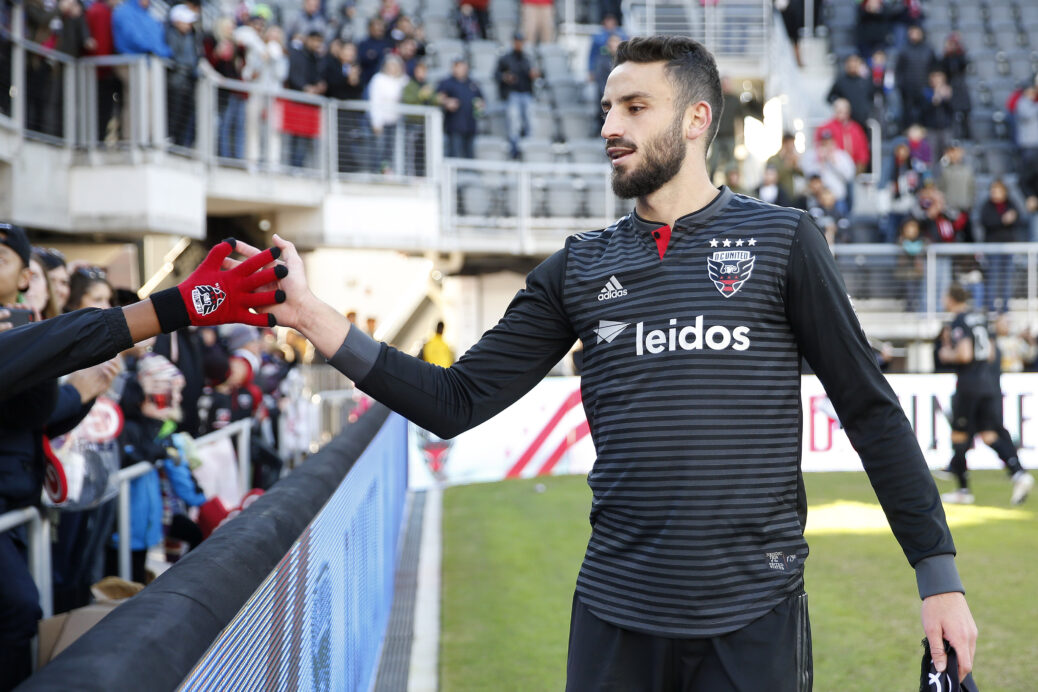 D.C. United rewarded a pair of key players with new contracts on Friday.

The club signed centerback Steve Birnbaum and midfielder Russell Canouse to respective three-year deals ahead of a Week 2 matchup with Inter Miami at Audi Field. Both players are now under contract through the 2023 MLS season.

“Steven has established himself as one of the best and most complete center backs in the league since we selected him in the 2014 MLS SuperDraft,” D.C. United General Manager and VP of Soccer Operations Dave Kasper said. “His aerial ability, reading of the game and defensive instincts paired with his composure on the ball in the backline are what set him apart from other center backs in MLS. He has become a leader in the locker room and the DC community so we are excited to extend his contract for the foreseeable future at the club.”

After being drafted second overall in the 2014 MLS SuperDraft, Birnbaum has established himself as one of the top defenders in the league. Over the last two regular seasons, the 29-year-old has started every game for the Black and Red and logged more minutes than any other player in MLS.

In his career with the Black and Red, Birnbaum has made 164 appearances while scoring eight goals and recording three assists.

“Russell has been an integral part of the club’s success over the last two and a half seasons,” Kasper said. “His competitive influence and versatility combined with his high soccer IQ have been invaluable to our group. We are delighted to extend his contract and look forward to more game-winning contributions in the future.”

Canouse joined from German Bundesliga side Hoffenheim in 2017 and since has totaled 57 appearances for the club. The 24-year-old has spent most of his time in the heart of D.C. United’s midfield, but has also featured at right back. He scored the first goal for Olsen’s team in 2020, despite a 2-1 home loss to the Colorado Rapids.

He’s yet to make his senior debut for the U.S. Men’s National Team, but was included in the January camp.

William Yarbrough is on his way to the Colorado Rapids on loan.

The club announced the acquisition of the veteran goalkeeper from Liga MX side Club Leon on Friday. Yarbrough had been linked to the Western Conference club and officially has his move to MLS.

Yarbrough, 30, made 193 combined appearances and recorded 48 shutouts for Club Leon, helping the club win two Liga MX titles during his eight years in Guanajuato. 2019-20 has seen the Mexican-born goalkeeper fail to crack the first team squad due to the club having a slew of options with the first team.

“One of our objectives over the offseason was to build a roster deep with talent and to foster competition all over the field and this signing further helps us achieve that,” Colorado Rapids Executive VP and General Manager Padraig Smith said. “The opportunity to bring in a player of Will’s quality doesn’t come around every day, so we’re excited to have him join our already strong goalkeeping group.”

The Montreal Impact made a pair of roster moves on Friday, both involving goalkeepers.

The club signed Academy goalkeeper Jonathan Sirois to a Homegrown Player deal with the club for 2020 with an option to extend for future years. In addition, James Pantemis has been loaned to Valour FC of the Canadian Premier League.

“We are really happy to see a player from the Academy sign his first professional contract,” Impact Sporting Director Olivier Renard said. “Jonathan proved during training camp that the club can count on him. It’s well deserved with the progress he made, and it’s also the club’s will to trust Academy players.”

The 18-year-old goalkeeper joined the Academy in 2015 and played for the Under-15, Under-17, and Under-19 teams. He was with the Impact U-17 team that reached the Development Academy final four in 2018 and was invited to the Generation adidas International Elite Soccer Program in the same year.

The 23-year-old Pantemis has been part of the Impact’s first team in MLS for the last two seasons, after signing his first professional contract with the club in Nov. 2017. He helped the team win the 2019 Canadian Championship, starting and winning two games during the tournament.

He’s been called up to the Canadian Men’s National Team four times, but has yet to make his senior debut for John Herdman’s squad.