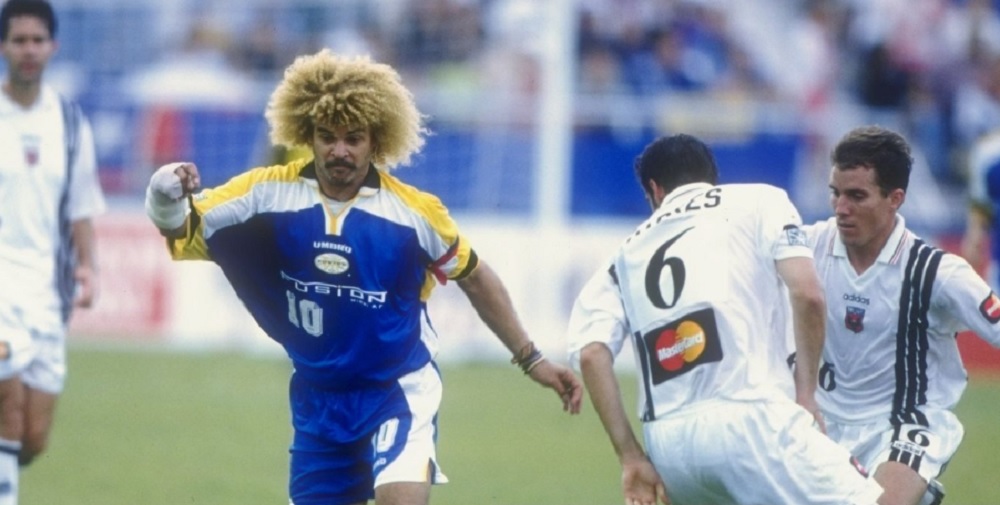 One way to beat the soccer withdrawals that come with the season on hold is to look back to memorable moments in the games’ illustrious past. With that in mind, we step in the time machine to March 15, 1998, when a short lived franchise made its debut in Major League Soccer.

MLS was supposed to return to Miami this weekend when Inter Miami was slated to take on the LA Galaxy on Saturday. It would be the first MLS game in South Florida since the Miami Fusion folded after losing the 2001 semifinals to the San Jose Earthquakes. The match would have come nearly 22 years to the day since the Fusion made their MLS debut against D.C. United.

Back on March 15, 1998, the Fusion began their short lived MLS tenure at Lockhart Stadium in Fort Lauderdale in front of a crowd of 20,450, the largest home crowd the team would ever see.

D.C. United, winners of the first two MLS Cups, would win the game 2-0 thanks to first have goals from Richie Williams and Tony Sanneh. It was a rather physical contest that saw 37 fouls between the two sides and six total cards, including a 29th minute red shown to D.C. United’s Jamie Moreno.

The Fusion would go on to finish their inaugural season with a record of 15 wins, 17 losses, and five shootout wins, which was good for 45 points and fourth place in the Eastern Conference. D.C. United would sweep them out of the first round of the payoffs, winning 2-1 in the first game of the three game series and in a shootout after a scoreless draw in the second.

They fared far worse than their expansion brethren that season. The Chicago Fire became the only expansion team, save for D.C. United in the league’s first season, to lift the MLS Cup after finishing in second place in the Western Conference and beating D.C. 2-0 in MLS Cup ’98 at the Rose Bowl in Pasadena, California.

The Fusion didn’t experience much success at the box office in their four years of MLS play, but they did have one excellent regular season in 2001. They went 16-5-5 in their final year of play, winning the Supporters’ Shield thanks to 19 goals from Alex Pineda Chacon and five clean sheets from a 21-year-old Nick Rimando.

The playoffs would be their undoing, however. After taking three games to defeat the Kansas City Wizards in the quarterfinals, they failed to close out the San Jose Earthquakes after winning the first game of the series 1-0. They lost the second 4-0 in California before coming back home and losing 1-0 on a sudden death goal by San Jose’s Troy Dayak.

After the 2001 season, the Fusion were contracted from MLS thanks to poor financial resources and low attendance. They were trying to run the club on as small a budget as possible and reportedly asked the league multiple times for financial help.

MLS is now back in Miami thanks to the efforts of David Beckham and the Mas brothers, who worked hard for years to make this franchise a reality. While their first home game was supposed to be this past weekend at the same stadium where the Fusion played their final game 19 years ago, Inter Miami will get started at some point, when the world can return to normal once more.