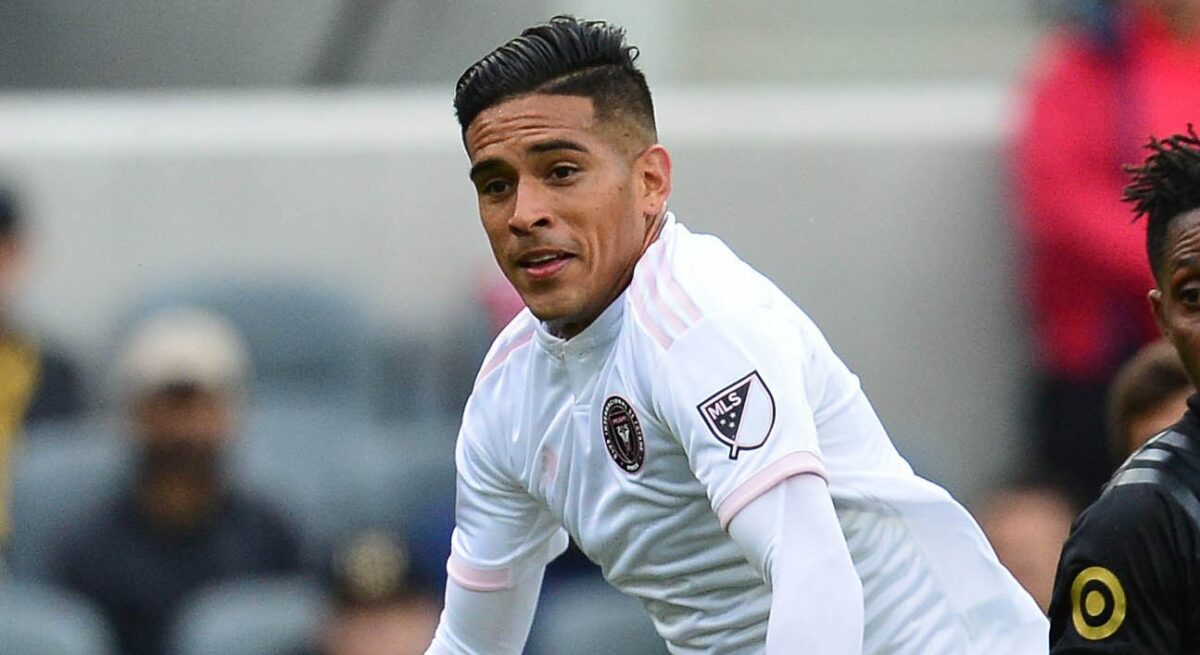 FORT LAUDERDALE, Fla. — Victor Ulloa has just eased concerns over his availability for this weekend’s match.

Ulloa quelled fears on Wednesday over the apparent injury he suffered in Inter Miami’s season opener against LAFC this past Sunday. The central midfielder stated he was fine and at 100 percent after being checked out by Inter Miami’s medical staff, meaning he should be in the plans for this Saturday’s road game vs. D.C. United.

“I had a little knock with (Eduard) Atuesta in the midfield on a tackle and I was just feeling a little bit of discomfort in my knee,” said Ulloa, who was celebrating his 27th birthday on Wednesday. “But I’m good to go now and ready to hopefully get that first win of the season.”

Ulloa may have walked slowly and gingerly towards the sideline before being subbed off in the 68th minute of the 1-0 loss to LAFC, but was seen on Wednesday taking part in agility and conditioning drills with the rest of his teammates during the 15 minutes of practice that were open to the media.

Having started in Week 1, Ulloa should be a candidate to get the nod again this Saturday in the nation’s capital. Inter Miami will travel to Audi Field looking for its first win of the season against an Eastern Conference foe that also got off to a losing start in 2020.

“We watched some of the D.C. game while we were in LA, and we saw that they gave up a result at home so we know they are going to be anxious to get that result at home,” said Ulloa. “We just have to match their intensity and hopefully fight for 90 minutes and get that win.”