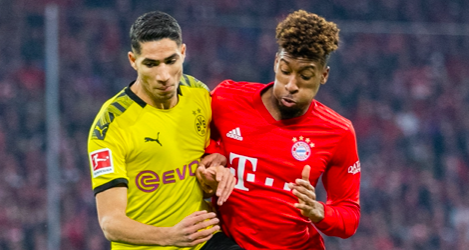 Two of Europe’s top domestic leagues are reportedly aiming to resume their respective schedules in May and June.

The German Bundesliga could see their schedule resume on May 9th, according to ESPN. However, the matches would take place behind closed doors with no fans and the league itself still needs approval from the German Health Department.

The green light has been given for the @Bundesliga_EN to restart May 9- behind closed Doors. The health department needs to agree and the league has to present them their plan but as of now things are looking up and up for May 9th return of German ⚽️.

In addition, the German Cup semifinals were also set to take place in March, but have yet to be rescheduled.

Spain’s La Liga is also reportedly set to resume playing in June after an agreement between the league and the Spanish FA. Due to a lengthy positive meeting with the Sports Council in Spain, training is expected to resume once government guidelines have been set.

June 6th is the reported start date for the final 11 games of the La Liga schedule, with the beginning of May serving as the start of training for all 20 top-flight clubs. It is expected that the final matches would be played behind closed doors despite the State of Emergency being lifted in Spain.

El Clásico rivals Barcelona and Real Madrid are neck and neck in the La Liga title race with the Catalan side holding a two point lead in first place. The race for the top four is also congested with five points separating third place Sevilla and seventh place Valencia.

Some European clubs have resumed training in some capacity, but only Belarus has seen its professional leagues remaining in action during the hectic period.