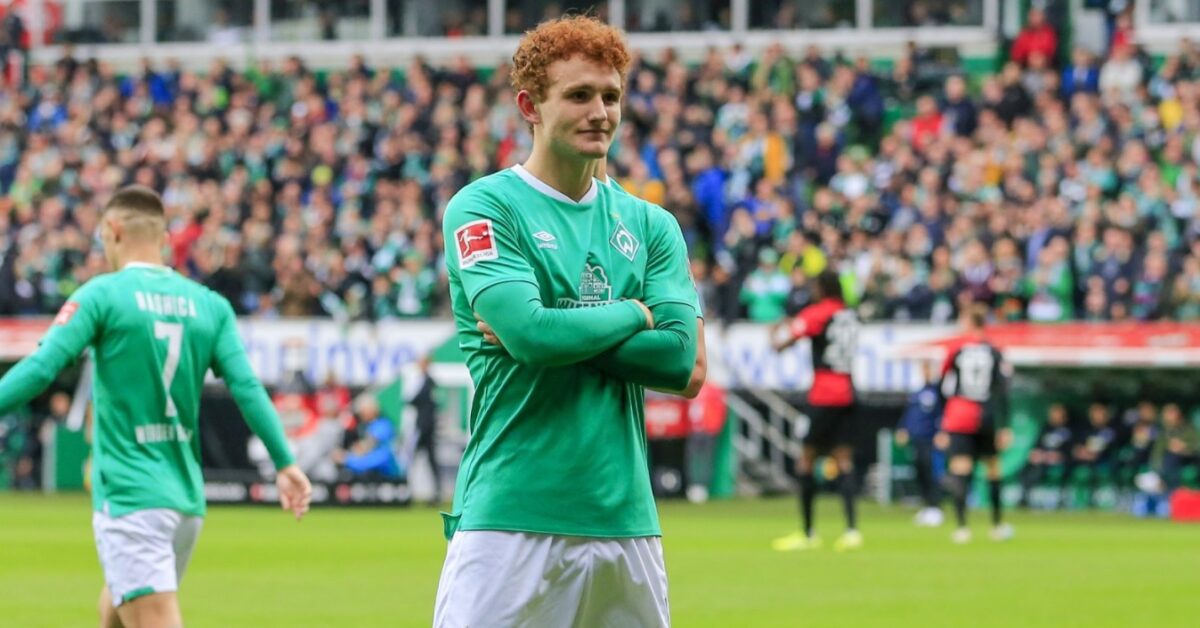 Josh Sargent made his third-straight start for Werder Bremen this weekend, playing a vital role in the club’s latest win.

Bremen defeated Schalke 1-0 in Gelsenkirchen on Saturday with Sargent playing 70 minutes. The 20-year-old didn’t record a shot on goal, but he won 10 duels from his striker position, while also winning two aerial battles and making two recoveries. Sargent has continued to start for Florian Kohfeldt’s side during this crucial stretch of matches, which now sees Bremen three points from safety. Up next for Bremen is a midweek match with Eintracht Frankfurt on Wednesday, which a lopsided win for the hosts would propel them out of the bottom three.

Chris Richards made the most of his return to 3. Liga action this weekend, scoring an 89th minute winning goal in a 2-1 win over Ingolstadt. Richards played 90 minutes for Bayern Munich II, helping his team win their fourth-consecutive win in league play. The young centerback has four goals this season and will continue to earn minutes for Bayern II with 10 matches remaining.

Julian Green started for Greuther Furth, playing 84 minutes in a 1-1 draw with Darmstadt. Green completed 87% of his passes for Furth in his attacking position, while also winning four duels and making five recoveries. However, it was another missed opportunity for Furth in the race for promotion from the 2. Bundesliga, with the club now sitting 11 points from third place Hamburg.

Here’s a closer look at this week’s Americans Abroad action:

Tyler Adams came off the bench and played 31 minutes in RB Leipzig’s 4-2 win over Cologne on Monday.

Giovanni Reyna came off the bench and played 10 minutes in Borussia Dortmund’s 6-1 win over Paderborn on Sunday.

Ulysses Llanez dressed but did not play for Wolfsburg.

Fabian Johnson is OUT (Injury) for Borussia Monchengladbach.

Zack Steffen is OUT (Injury) for Fortuna Dusseldorf.

Bobby Wood did not dress in Hamburg’s 3-2 win over Wehen on Sunday.

Sebastian Soto did not dress in Hannover’s 3-1 loss to Sandhausen on Saturday.

Terrence Boyd came off the bench and played 45 minutes in FC Hallescher’s 4-2 loss to Preussen Munster on Sunday.

McKinze Gaines did not dress in Sonnenhof Grobaspach’s 2-0 loss to Unterhaching on Saturday.

Emmanuel Sabbi, Christian Cappis started and played 90 minutes each in Hobro’s 1-0 win over Randers on Monday.

Loucious Don Deedson dressed but did not play for Hobro.

Yosuf Samuel did not dress for Hobro.

Mike Lansing dressed but did not play in Horsens’ 1-0 win over Midtjylland on Monday.

Kenny Saief came off the bench and played 14 minutes in Lechia Gdansk’s 4-3 win over Arka Gdynia on Sunday.

Ben Lederman dressed but did not play in Rakow Czestochowa’s 1-1 draw with Slask Wroclaw on Friday.