Weston McKennie disagrees with notion the USMNT lacks an identity 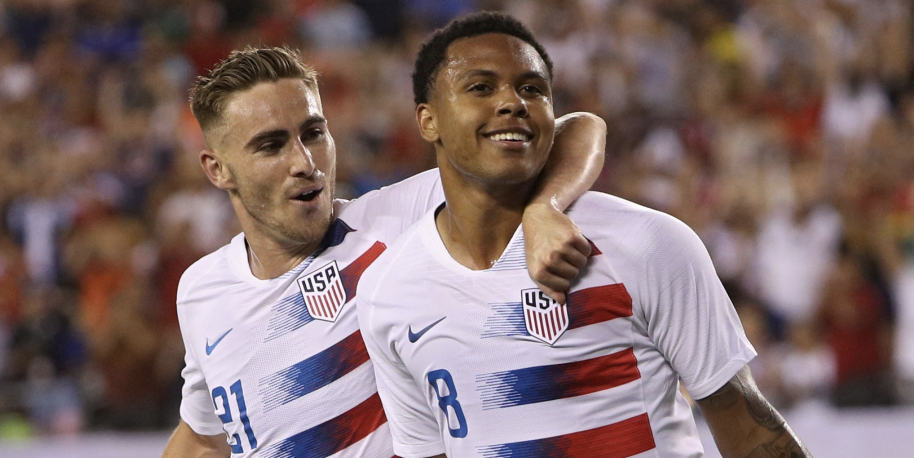 If the U.S. Men’s National Team has a clear identity right now, Weston McKennie believes it is based largely on the camaraderie that currently exists between the players.

Speaking on ESPN show Banter after taking part in the German Bundesliga’s return to action over the weekend, McKennie responded to a question about the USMNT’s identity by making it clear that he believes the team has one.

“Whenever I think of the national team, I think of the collective group,” McKennie told ESPN. “That we know what we want to do, we know the type of players we have, and everybody knows what they have to offer, what we can do and everyone knows our abilities.

“When they say it’s a lack of identity, I don’t agree with that at all either. Our group is so close together, and so molded together and understand each other so well. It’s something I haven’t experienced in a long time.”

McKennie’s comments come after USMNT teammate Zack Steffen recently questioned the team’s identity, expressing his belief that the USMNT is a young team still trying to figure itself out.

“It is so weird because it is a national team so you get guys from everywhere and there is always guys hanging around that are older, but three quarters of this team is new so it is a weird time because we are trying to build a camaraderie and brotherhood and do all these things. It is a process, though. It takes time. It is tough. It is not easy.”

At the club level, McKennie played in his first competitive match in two months last Saturday in Schalke’s lopsided loss to Borussia Dortmund. The German Bundesliga season had been suspended since March due to the COVID-19 pandemic, but games resumed behind closed doors this past weekend.

McKennie saw the field for Schalke in the club’s first game back, starting and going the distance in a 4-0 drubbing to rivals Borussia Dortmund.

“It was awkward,” said McKennie. “It felt like soccer but it didn’t feel like soccer at the same time. No fans, not really an atmosphere. You kind of have to really depend on your self motivation and drive to really give your 100 percent in the game.

“Obviously we took a big L this past weekend in the Revierderby. In that game, you could really tell we’ve been out of it for quite a long time.”

McKennie also touched on the individual and team performances put forth in that one-sided affair, stating bluntly that neither he nor Schalke enjoyed their best day at the office against Dortmund.

“I felt like we didn’t play with the passion that was actually demanded of the game. There wasn’t a lot of motivation,” said McKennie. “For me, I may not have had my best game, but motivational wise — to cover ground, to run there, to go into tackles here — I tried my best even though technically you came late to every ball because they’re gifted like that and they can play out of those small spaces and the pressure.

“It was difficult as a collective and as a team. It was something we thought would have turned out better, but it was one of those days that nothing really clicked for us and we definitely didn’t perform the way we thought we would have and could have.”