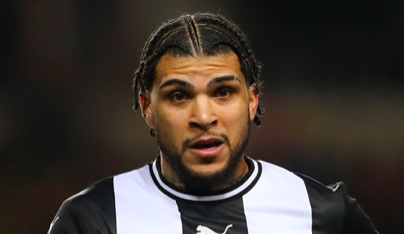 DeAndre Yedlin reached an individual milestone on Sunday and will now look to follow it up with a start in midweek Premier League action.

Yedlin made his 100th career EPL appearance in Newcastle United’s 3-0 win over Sheffield United, moving them closer to league survival with eight matches remaining. The 26-year-old defender has only made 12 league appearances this season for Steve Bruce’s side due to injuries, but could get the nod on Wednesday, three days after the Magpies last match.

Aston Villa has scored only one goal in their first two matches back in action and face a tough road ahead with matches against Wolverhampton Wanderers, Liverpool, and Manchester United following this week’s trip to Tyneside. Yedlin featured in the first meeting between these teams at Villa Park back in November, a 2-0 loss for the Magpies. The U.S. Men’s National Team right back will hope for a better result this week.

Elsewhere, Erik Palmer-Brown and Austria Wien face Admira Moedling in Bundesliga play while Christian Pulisic and Chelsea take on Manchester City at home. Owen Otasowie will be seeking his Premier League debut for Wolverhampton Wanderers as the club face a struggling Bournemouth side at Molineaux. Malik Tillman and Taylor Booth headline the American contingent in action in Germany’s 3. Liga Division.