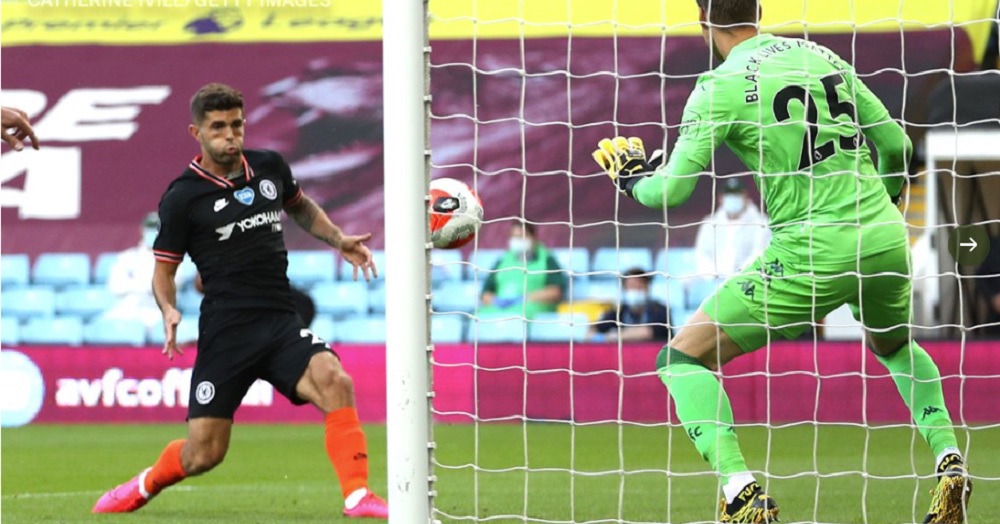 It took Christian Pulisic all of five minutes to change the game for Chelsea against Aston Villa.

Pulisic didn’t start the match, but he came on as a substitute in the 55th minute with Chelsea down 1-0 and had them level within five minutes of stepping on the pitch.

Christian Pulisic makes the instant impact for Chelsea, coming off the bench to score the equalizer for Chelsea, which has jumped ahead of Aston Villa now, 2-1. #USMNT

Pulisic made a run at the far post to get onto a Cesar Azpilicueta cross on the doorstep to bang the ball home. It was his sixth Premier League goal of the season and his seventh in all competitions since joining Chelsea last summer.

Pulisic’s 2020 calendar year has been about as bad as anyone’s as injuries have gotten in the way of playing time. Sunday’s action against Aston Villa was his first appearance since New Years’ Day, when he played 66 minutes against Brighton. He then suffered an abductor injury that was originally thought to be minor, but kept getting worse.

The coronavirus pandemic gave him the time to recover and he clearly benefited from the time off.

The goal jump started the Blues, who had been struggling to get much going against Aston Villa. Olivier Giroud give them the lead just three minutes after Pulisic levelled the score at one. Villa did have one close call in the closing moments of the game, but Chelsea managed to hold on to the 2-1 victory. They sit in fourth place in the Premier League on 51 points, five clear of Manchester United in fifth place with eight games remaining.