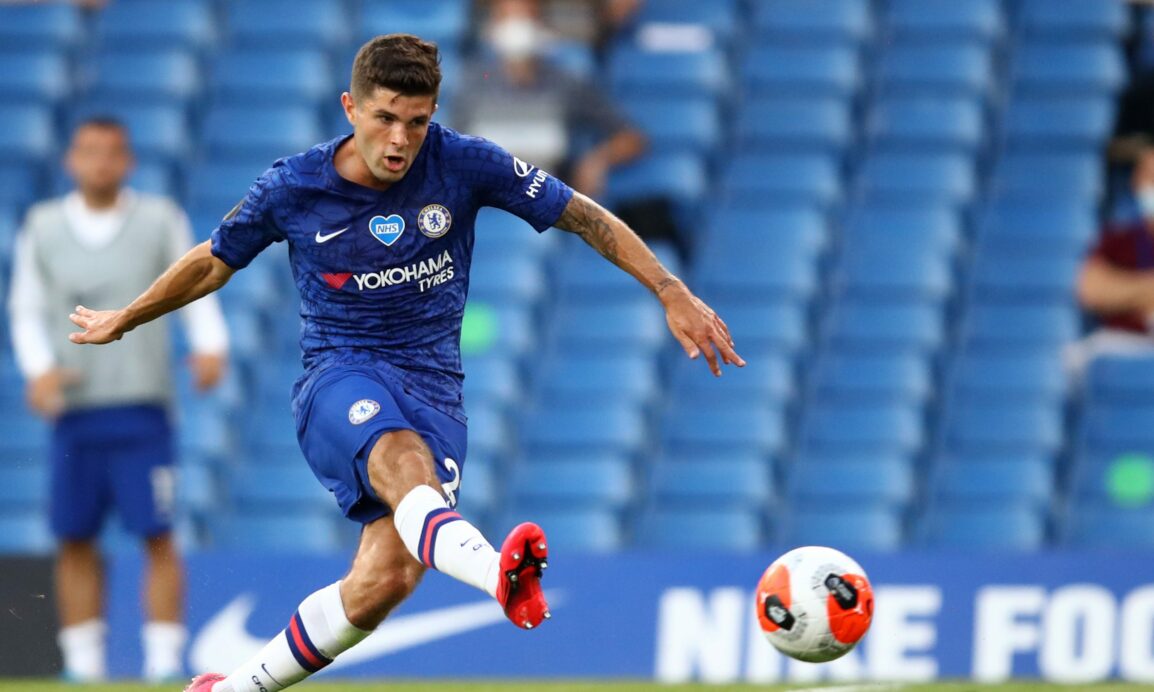 If his goal against Aston Villa wasn’t enough to show you he is fully recovered from injury, Christian Pulisic delivered a stunning goal on Thursday to show the English Premier League that he is all the way back.

Pulisic handed Chelsea a 1-0 advantage of second place Manchester City on Thursday, scoring his second goal in as many matches this month. After a mental breakdown between Benjamin Mendy and Ilkay Gundogan, Pulisic snatched a loose ball and raced downfield.

The 21-year-old breezed past Mendy before sliding a right-footed shot into the bottom-right corner of Ederson’s goal. It was a fabulous finish from Pulisic who scored his seventh league goal of the current season.

Not only did the goal put Chelsea in front at Stamford Bridge, but it sparked a home win for Frank Lampard’s side. Despite a second-half free kick from Manchester City’s Kevin De Bruyne, Willian’s penalty kick winner handed Chelsea the win and Liverpool a first EPL title since 1990.

Pulisic had another glorious chance to add to his tally after halftime, rounding Ederson and slotting a shot towards goal, but Kyle Walker cleared the winger’s effort.

It was a strong performance from Pulisic who looks confident and ready to go with seven league matches remaining.