Report: MLS on the verge of lockout as labor talks reach impasse

As more and more professional soccer leagues around the world prepare to return to action in the midst of the COVID-19 pandemic, Major League Soccer’s return, and the proposed tournament that would restart the season in Orlando, are in danger of being derailed by stalled negotiations over a new collective bargaining agreement, and changes precipitated by the pandemic.

On Sunday, the MLS Players Association released a statement acknowledging that several concessions have been made but according to multiple reports, MLS is preparing to reject the counter-proposal made by the players.

According to ESPN, MLS has set a deadline of noon on Tuesday for the MLSPA to respond before being locked out of negotiations.

The MLSPA and MLS had reached an agreement on a new CBA prior to the COVID-19 pandemic, but that new CBA had yet to be ratified. According to multiple reports, MLS has attempted to modify aspects of the most recent CBA, attempting to make changes on key details such as profit-sharing, base pay, and protocol for catastrophic events like a pandemic, prompting the difference of opinion.

The full statement shared by MLSPA on Sunday is below. 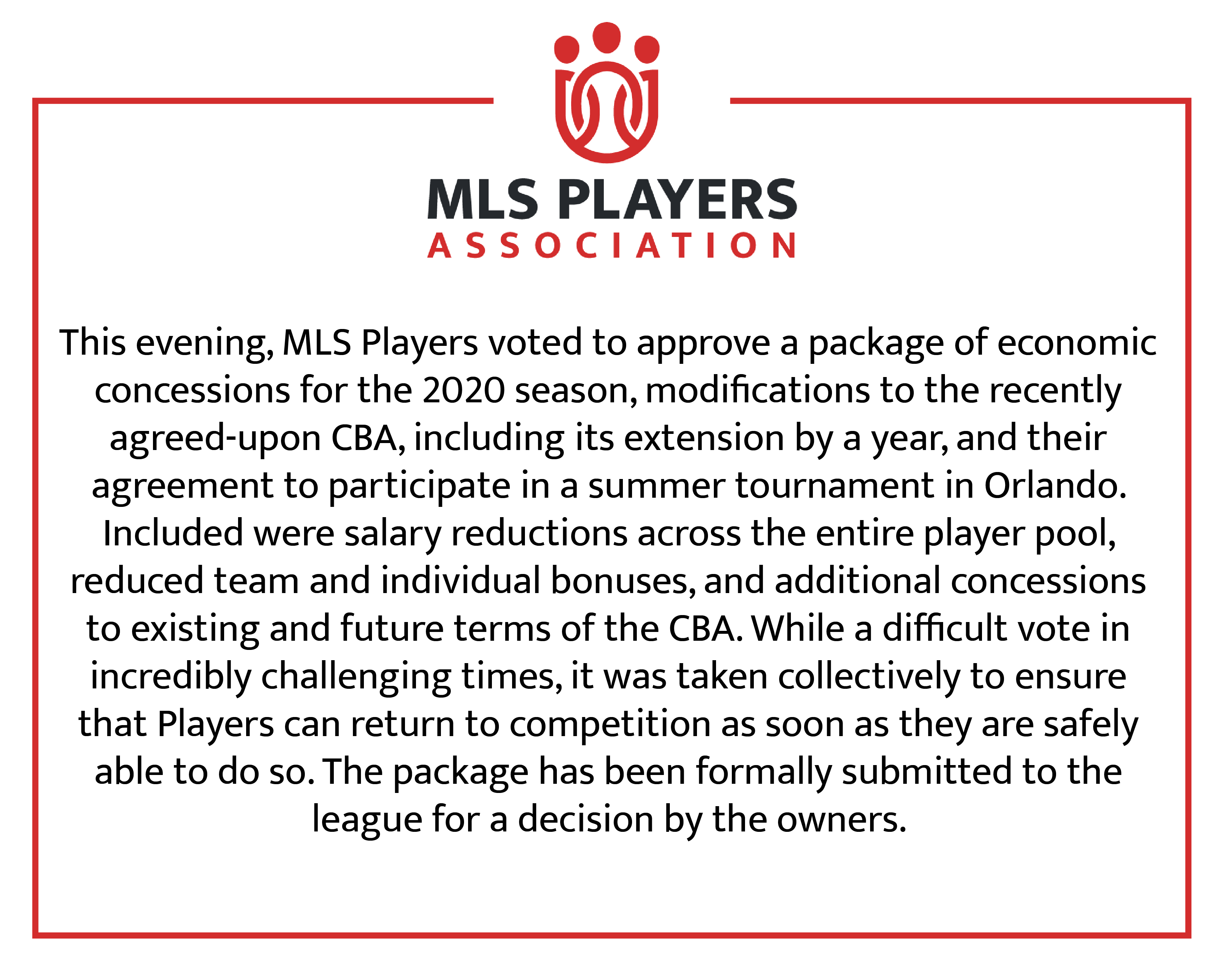 If an agreement cannot be reached, and MLS decides to lock its players out, we could wind up seeing the 2020 MLS season cancelled, though at this point the more likely casualty of the current impasse is the proposed tournament in Orlando.