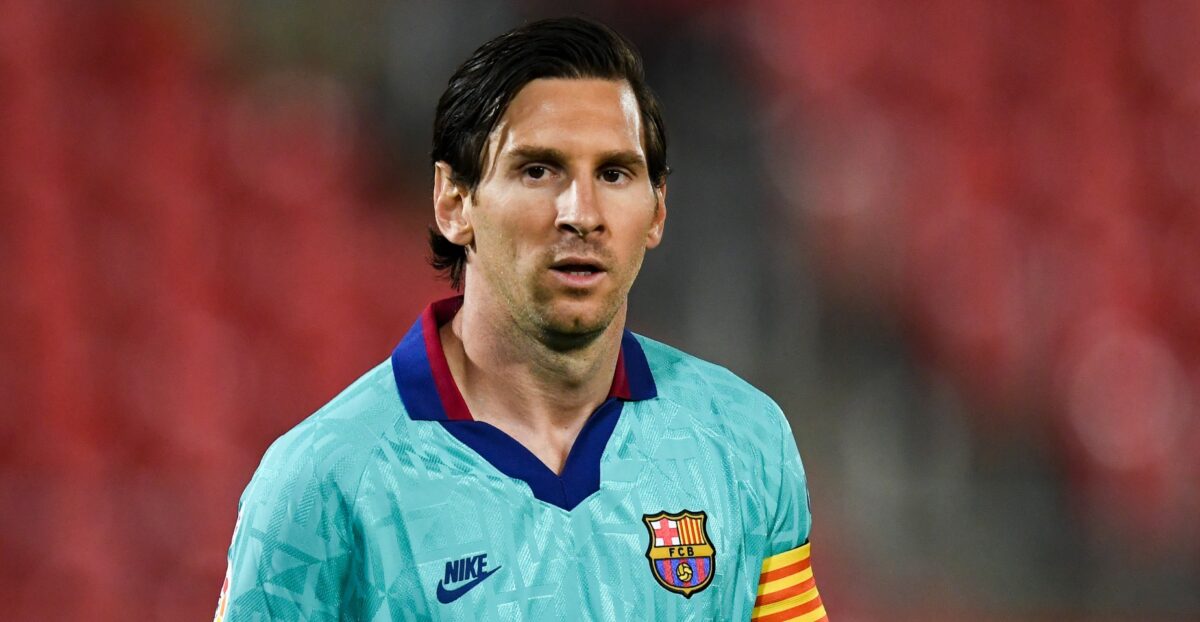 Each of Europe’s top four leagues are in action this weekend and a storied rivalry leads the way among some exciting title and top four races.

Barcelona currently leads La Liga by two points ahead of Real Madrid, but the defending champions face their toughest remaining test of the season on Friday against third-place Sevilla, which need a result to maintain its hold on a Champions League place.

In England, Liverpool will have to wait a few days before they can officially claim the title, but they resume the 2019-2020 campaign against Everton in one of the most storied Premier League rivalries.

Elsewhere, Real Sociedad looks to play spoiler in the La Liga title race while rejuvenating its own Champions League aspirations, a pair of large English clubs square off with spots in the Champions League on the line, and a couple of German clubs that once looked like title contenders are trying to keep their Champions League hopes from slipping away.

Here are This Weekend’s Top 5 Matches to Watch:

The Spanish title race is really only between Real Madrid and Barcelona, but if any team can play spoiler, it’s Sevilla. Barcelona only have a two point cushion on their arch rivals and Sevilla has having an excellent season as they sit in third place behind the excellent efforts of manager Julen Lopetegui. They will need everything they have to get past Lionel Messi, though, as the superstar didn’t lose a step at all during the three month hiatus.

Tottenham and Manchester United restart their campaigns with eyes on Champions League places. Spurs will feel rejuvenated after the break since their season had been derailed by an injury crisis back in the spring. United, meanwhile, are only three points back of Chelsea in fourth place as they look to gain all the points they can in the quest for Champions League qualification.

Bayern Munich won the Bundesliga title during the week, but RB Leipzig and Borussia Dortmund have the Champions League to play for and both are coming off rather disappointing results. Dortmund looked awful in a midweek 2-0 loss against Mainz and Leipzig blew a two goal lead in the last three minutes plus stoppage time against lowly Fortuna Dusseldorf. Both teams will need a win with Bayer Leverkusen and Borussia Monchengladbach nipping at their heels in the table.

Real Madrid looks to keep pace with Barcelona in the Spanish title race when they travel to the Basque vacation town of San Sebastian to take on Real Sociedad. They look to have the upper hand on paper, but Sociedad sit in fifth place and they find themselves only two points back of Atletico Madrid for the fourth and final Champions League spot. They haven’t played in Europe’s top competition since 2013-14 and a return to that stage would be a dream come true for them. Expect quite a fight from the home side in this one.

Liverpool can’t clinch the title this weekend thanks to Manchester City’s win over Arsenal on Wednesday, but they will continue their seemingly inevitable march to their first top flight championship in 30 years against their local rivals, Everton. A little but of rust should be nothing for either of these two thanks to the magnitude of this famous rivalry. It certainly serves as an excellent capstone to the first full weekend of the Premier League’s return.