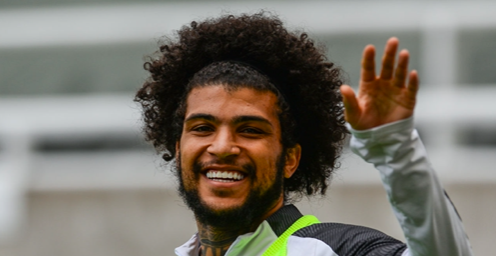 DeAndre Yedlin played only one minute of Newcastle United’s victory on Sunday, but it proved to cap an important milestone for the right back.

Yedlin made the 100th Premier League appearance of his career in the Magpies 3-0 league win over Sheffield United at St. James Park. The 26-year-old veteran defender came on as a stoppage time substitution for Steve Bruce’s side after not starting in the win.

DeAndre Yedlin is a last-minute sub for Newcastle. ??

After being left frustrated in the opening half, the Mapgies broke the deadlock and iced their win with three goals in a 23-minute span. Allan Saint-Maximin, Matt Ritchie, and Joelinton all scored for the winners who jumped up to 13th place in the process.

Yedlin has dealt with injuries for majority of the current season, only appearing in 13 league matches for Newcastle. His last overall appearance came in February’s 3-2 FA Cup victory for the Magpies, prior to the pause in the domestic season due to COVID-19.

Yedlin became the 12th American player to reach 100 career EPL appearances and the seventh that isn’t a goalkeeper. After 23 appearances on loan with Sunderland during the 2015-16′ season, Yedlin has since rolled off 76 with the Tyneside club over the last three seasons.

With a busy slate of matches coming up, Yedlin could see more consistent minutes for Newcastle, who also remain in the FA Cup. Up next in league play is a showdown with Aston Villa on Wednesday before an FA Cup quarterfinal date with defending champions, Manchester City on June 28th.