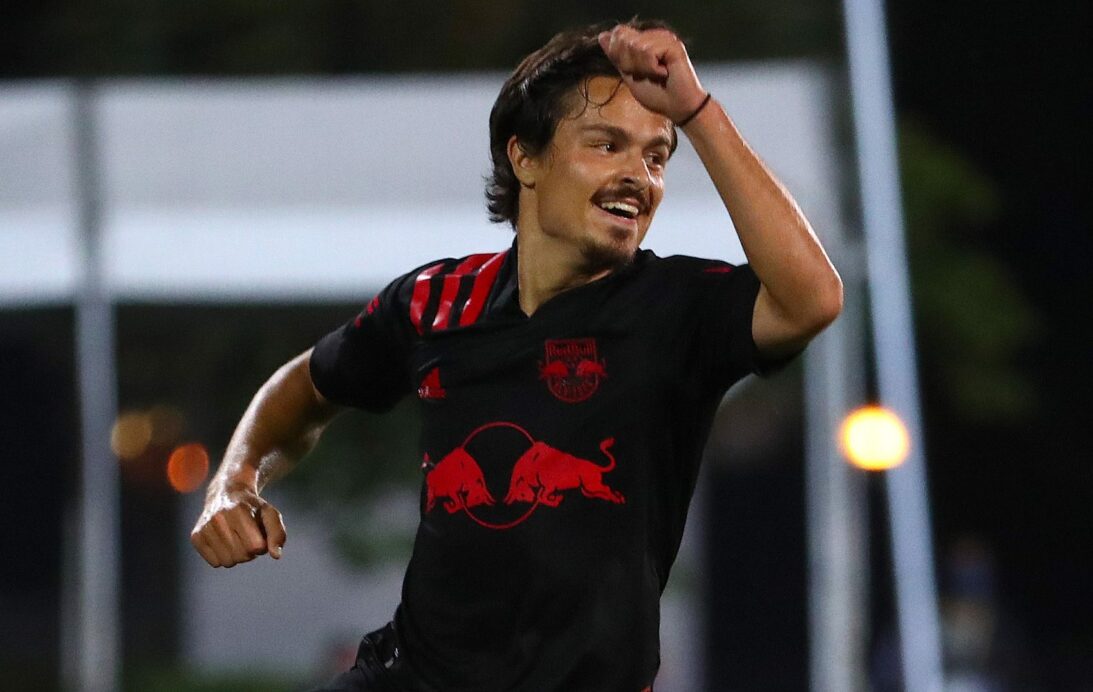 Florian Valot has spent much of the past two years on the sidelines, but you may have been hard-pressed to guess that based on his latest performance.

The New York Red Bulls opened their MLS is Back Tournament campaign with a 1-0 win over familiar foes Atlanta United on Saturday, and it was Valot that made the difference with a composed finish in the fourth minute. The game-winning goal was Valot’s most notable contribution in the tight affair, but he showed plenty of other positives playing as a joint No. 10 along with Alejandro ‘Kaku’ Romero Gamarra.

“Flo and Kaku both really understand how to operate in that red zone, we call it, the space between the other team’s six and back line,” said Red Bulls head coach Chris Armas after the win. “Their awareness and their ability to know exactly where they are at all times and then to make the final play, whether it is a goal or an assist. Their passing ability and intelligence is of a high level.

“For Kaku, he’s able to make the game, but when you have another playmaker and you play with two 10s, it takes pressure off of Kaku. We say, ‘How long does it take a couple of players to get on the same page?’ and these guys can get on the same page pretty quickly.”

That might be an understatement, as the two did just that in the opening minutes of Saturday’s showdown. While the Red Bulls were busy passing down the left flank, Valot noticed and exploited the vast space down the middle with a vertical run.

The 27-year-old Valot still had to be rewarded, but Kaku demonstrated vision and precision by finding his teammate with an exquisite through ball that left Valot in on goal. The Frenchman made the most of the ensuing opportunity, calmly dribbling forward before hitting a cross-body shot past Atlanta Untied goalkeeper Brad Guzan.

For Valot, the goal added to the two assists he recorded in the Red Bulls’ season opener in March and was his first since May 5, 2018. The midfielder had missed much of the past two years with two different ACL injuries, but is back now and making the most of his chances.

“Obviously it’s really rewarding for myself after what I’ve been through for the last two years, but all credit for the team,” said Valot. “I’m really happy we get out with the win today.”

Playing as the right attacking midfielder in the Red Bulls’ 4-2-2-2 formation that transformed into a 4-4-2 when the Red Bulls did not have the ball, Valot also put in plenty of defensive work against Atlanta United. He tracked back to cover spaces and made a number of recoveries prior to being substituted in the 70th minute.

It was a solid overall showing for Valot, though it will be his game-winner that is most remembered from this Red Bulls victory.

“I’ve seen Flo’s journey, with the injuries and he works really hard to come back,” said Armas. “Just to see him play well and produce, it’s really special moments for Flo. He understands how we play, with the ball he’s really clean, brings ideas to our team, and he understands how to play in our system.

“It’s not an easy system with two 10s in there, to understand the spaces and how to play against the ball. I think we see that he does a nice job.”