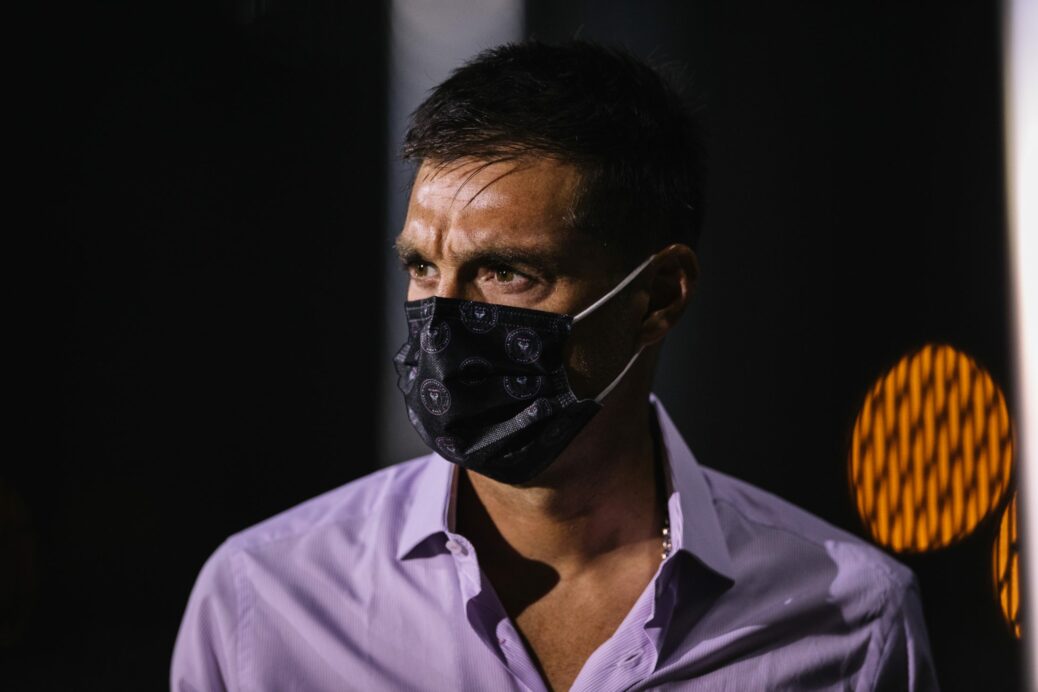 Inter Miami may have just talked about needing to be more concentrated in order to avoid making the type of mistakes that cost the team so dearly on Tuesday, but there is one specific person responsible for a number of them.

Inter Miami’s expansion season took another turn for the worse on Tuesday night, as the team suffered a 2-1 loss to the Philadelphia Union that has the fledgling club on the cusp of an early elimination from the MLS is Back Tournament.

Alonso and his players spoke after the defeat about a lack of concentration and bad decision-making, but that was not the most accurate explanation for what transpired. Sure, there were some crucial errors made by certain players in certain moments and maybe a tad bit more sharpness would have produced a different result.

The poor defensive play and shape of the group is, however, squarely on Alonso. It is one thing for a single player to make a wrong choice from the run of play, but it is completely another when it is several players making them one after the other.

Inter Miami as a group got caught in bad positions more than once vs. the Union, but the most eye-opening mistake might have been on the winner. What should have been a dangerous free kick for Inter Miami quickly came back the other way. Jamiro Monteiro was key on the sequence with his smart dummy and so too were Brenden Aaronson’s final pass and Kacper Przybylko’s curled finish.

Inter Miami was poorly positioned to handle the transition, though. Three of the team’s four defenders moved by tactical instruction into the attacking third to try and win a header on the set piece, while Ben Sweat stayed back near the midfield line.

Sweat only got some cover further up the field from Wil Trapp, whose defensive limitations are well known and were duly exposed on the play. The counterattack that followed led to a 3-on-1 in favor of the Union, and they made the most of the numerical advantage.

The opening goal was also alarming. The sequence started in large part because of Sweat’s curious decision to press the ball three quarters up the field, and his ensuing miss on a slide tackle further exacerbated things.

Inter Miami had numbers to put out the fire, but the team just failed to do so. Seven players scrambled about in the 18-yard box without showing much understanding of proper positioning. Lewis Morgan’s attempt to control the ball instead of clearing it was a big factor here, but overall this was a collective defensive breakdown.

The good news, as Alonso and his players noted on Tuesday, is that these are fixable mistakes. What’s more, they are coachable ones.

Morgan Impresses, Carranza Does Not

If there was one major bright spot for Inter Miami here, it was Morgan.

The right midfielder was confident, impressive and aggressive throughout the 90 minutes, constantly unsettling defenders with dribbling runs and whipping in dangerous balls from both the run of play and on set pieces.

Morgan’s penetrating dribble on the equalizer deserves to count for half the goal, and his recognition to follow the play even after hitting the initial pass to Rodolfo Pizarro should be lauded. That is exactly the type of combination play Inter Miami needs more of, and one of the many reasons why Morgan was the team’s best and most dangerous player on the night. 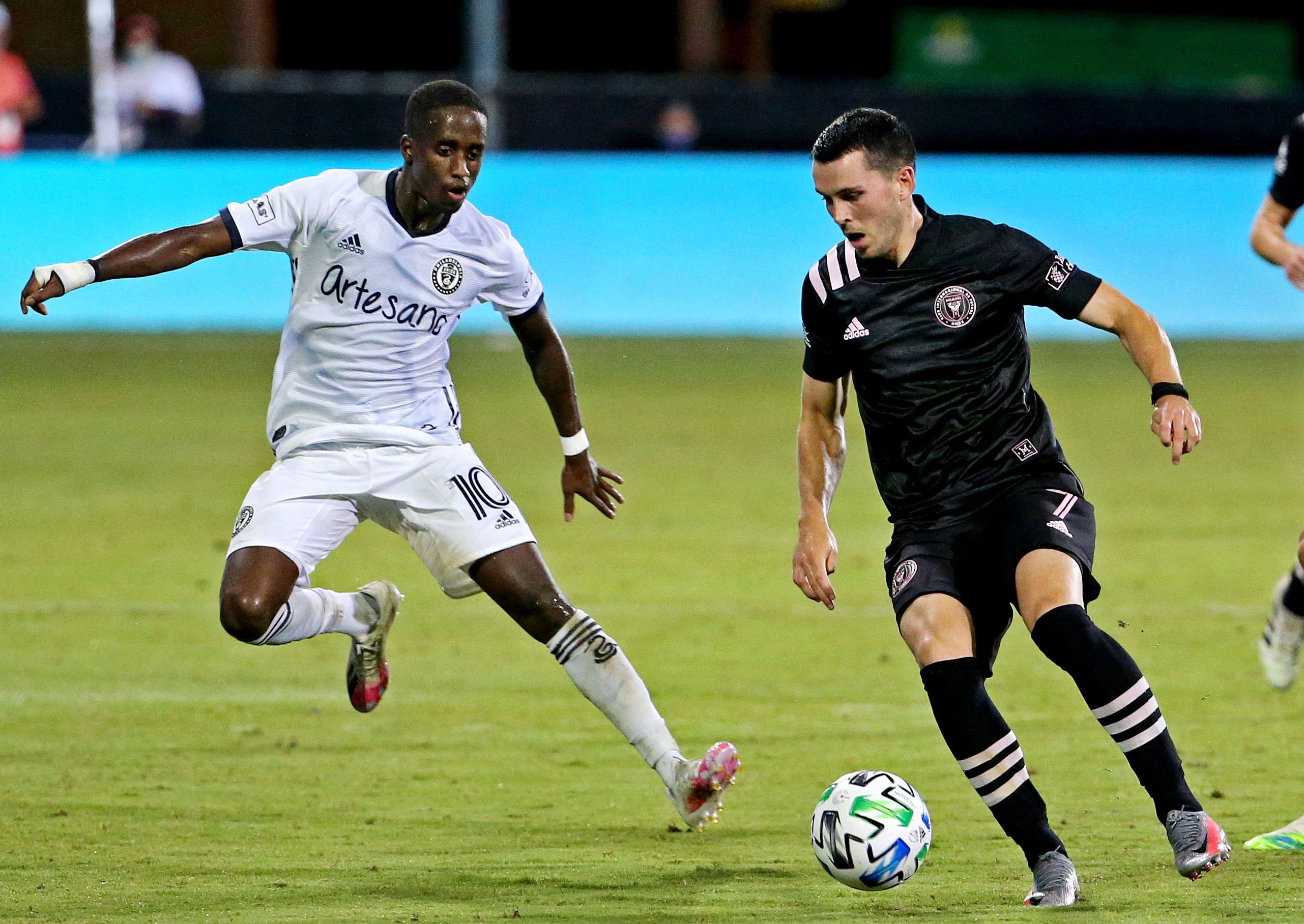 Conversely, this was a game to forget for Julian Carranza. The Argentine striker struggled mightily in his first Inter Miami start, having difficulty with the physicality of the game and his first touch. The latter spoiled what should have been two clean looks on goal in the second half.

Players often have to go through an adjustment period in order to get used to the physical nature of MLS, especially younger ones. Carranza is currently going through that process and should eventually adjust and make good given his solid starting points. Still, it does not seem like he is the solution right now to the team’s ongoing problems up top.

There is an issue at right back.

A third different player got the nod on the right side of the defense in Inter Miami’s fourth game of the year. Whereas previously it was Alvas Powell and Dylan Nealis that manned the spot, it was Nicolas Figal who was moved out of his preferred centerback position and deployed out wide.

This was not just a case of a manager trying something new. Figal played some right back during his time at Independiente in Argentina, and fared decently vs. the Union. He was mostly solid defensively and connected on a range of passes.

That said, Figal’s best spot is in the center of the defense and he will likely go back there at some point. Alonso will have to find another long-term solution, and returning to Nealis makes the most sense. After all, it seemed a bit harsh to pull the plug on the rookie after his poor finish to the tournament opener against Orlando City given that Nealis was going up against Nani.

It’s either that or a continued rotation of players.

Luis Robles (4.5) — The team captain’s No. 1 job is to keep the ball out of the net, and he failed to do so on Wagner’s savable opener. Did come up with a big stop late in the second half.

Nicolas Figal (5.5) — Was overall solid defensively and hit a range of passes, but clearly did not look as comfortable or impressive playing wide.

Andres Reyes (5) — Had defended very well for much of the match and was a mere seconds away from finishing it. A needless foul deep in stoppage time saw him get his marching orders, though.

Roman Torres (5.5) — Returned to the lineup and mostly held up well at the back. Nearly came up with a huge equalizer, but his header hit the crossbar.

Ben Sweat (4.5) — His curious decision to bomb forward and challenge for a ball in the Union’s half began the poor chain of events on the opener, and he also got faked out and turned by Przybylko on the winner.

Victor Ulloa (5.5) — Moved the ball well and turned in a quietly solid performance before exiting the match in the second half with an injury.

Wil Trapp (4.5) — Did a good job of starting sequences from deep and passed well, but his defensive frailties were alarmingly on display again on both goals.

Lewis Morgan (6.5) — He was key on the equalizer, played with a growing confidence, tested Andre Blake on a would-be winner, and delivered accurate and dangerous set pieces. His best showing for the club to date.

Rodolfo Pizarro (5.5) — Combined well with Morgan before collecting the ball in a crowded space and finishing with aplomb. Still, was not as sharp with his passing and decision-making as he usually is.

Matias Pellegrini (5) — Got the assist on Pizarro’s tying goal, but was far less effective on the left flank than he was the last time out.

Julian Carranza (4) — Had glaring issues with his first touch and struggled to match the Union’s physicality. Also failed to really test Blake on a couple of decent looks.

Lee Nguyen (6) — The attack-minded sub raced back 3/4s of the length of the field to help put out one fire, and passed the ball in the midfield with his usual precision and zip.

Jerome Kiesewetter (5) — A fairly indifferent debut with limited touches, though he thought he had helped earn a penalty that was eventually overturned by VAR.

Jay Chapman (5.5) — Once again came into the game in midfield and played a number of good passes forward.

Mikey Ambrose (5) — Almost had a golden look to tie the match late but could not control the ball. An uneventful substitute cameo on the left flank otherwise.

Diego Alonso (4.5) — The team’s poor defensive shape throughout is largely on him, but his attacking tactics showed promising glimpses of the style of play he wants to implement.