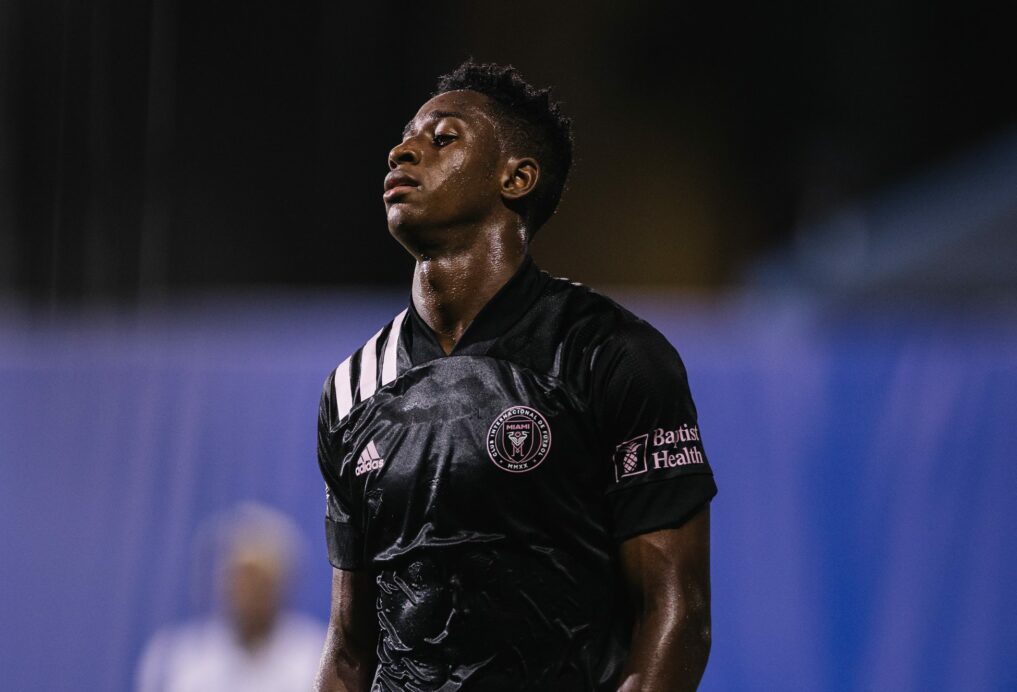 There were several good moments for Inter Miami. There were also far too many costly mistakes.

In the end, the latter won out and Inter Miami lost again.

Inter Miami suffered the latest defeat in its thus far frustrating expansion season on Tuesday night, dropping a 2-1 affair to the Philadelphia Union. The MLS is Back Tournament match saw Inter Miami play well for large stretches after bouncing back from an early deficit, bu errors at both ends of the field ultimately proved fatal.

“What you can see and what is clear is that we need to improve in both penalty areas,” said Inter Miami head coach Diego Alonso in Spanish early Wednesday morning. “We are a team that can get to the final third, but we are only averaging a goal per game. We should be scoring more with all that we’re creating, and we also need to fine-tune things defensively since we committed some mistakes in that area.”

The defensive issues against the Union may have been the more glaring ones.

Inter Miami trailed just five minutes into the Group A clash after a collective breakdown allowed Kai Wagner to fire on frame uncontestedly from about 20 yards out. Inter Miami had eight players jumbled up inside the penalty area on the play, scrambling to clear a low cross while leaving swaths of space just outside that the Union left back capitalized on.

There were multiple errors on the game-winner shortly after the hour-mark, too. Inter Miami had a dead-ball situation in its favor come back the other way, and some solid decisions by the Union players on the lightning-quick counterattack combined with some poor ones from Inter Miami allowed Kacper Przybylko to curl a shot home.

“The second goal comes off a set piece of ours in which we were initially in good defensive shape,” said Alonso. “But the choices that were made when we had to retreat were bad ones and we ended up paying dearly.”

Inter Miami’s continued scoring woes were equally responsible for the result that dropped the new club to 0-0-4 on the year. Inter Miami’s attack created more chances vs. the Union than it had in the tournament opener against Orlando City — finishing Tuesday with 10 total shots and four on target — but a failure to put them away along with a lack of overall sharpness in the final third did not allow Inter Miami to take the lead.

That also kept the door open for the Union, which found a way to pull out the victory.

“We had chances up front and we didn’t finish,” said Inter Miami playmaker Rodolfo Pizarro, who netted the 36th-minute equalizer. “Sometimes the rival has two chances and it scores both or it has three and scores two. We weren’t accurate up front, and it’s more down to a lack of concentration on our part than the the merits of the rival.

“We have to fix that and be focused for 90 minutes, because we have lost all four games due to a lack of concentration.”

While Inter Miami admittedly needs to address its numerous errors, there is the belief from within that these are correctable mistakes. What’s more, the team also stressed on Tuesday that there were plenty of positives to draw from this latest performance.

Chief among them was Inter Miami’s ability to put the game on its terms while also keeping possession for long spells.

“Besides all those things that are evident and clearly improvable, I think today we saw things that we wanted,” said a calm Alonso. “A team that can dictate the tempo, that can play down the wings and have numerical advantages in the midfield and in the final third, that is aggressive in terms of looking to play forward and seeking combinations, as well as playing down the wing and sending in dangerous crosses to our forward.”

Still, Inter Miami needs to fix its issues fast. The team’s Group A finale is set for July 20, when Inter Miami will meet another winless side in desperate need of a victory in New York City FC. Collecting anything short of three points that day will all but guarantee an early elimination from the MLS is Back Tournament.

If there was pressure to win the club’s first-ever game before Tuesday, it has only ramped up with this latest defeat. The positive news is that Inter Miami believes the mistakes are fixable and that a chance to redeem itself will come soon.

“So much of it is concentration and execution. The good thing is we can control those things,” said Inter Miami midfielder Wil Trapp. “Yes, there are always tactical aspects that play into certain things, but overall it is just making plays.”