Jesse Marsch had a historic season with Austrian Bundesliga side and Sunday saw the American manager given the highest honor in the league.

Marsch was named Manager of the Year on Sunday following Salzburg’s 3-0 win over LASK. It was the first feat for an American manager in the league and well deserving after the strong season Salzburg had with Marsch at the helm.

This is how you end a season! ?? Congrats, Dominik #Szoboszlai and Jesse #Marsch! pic.twitter.com/DoiqCu41vz

“Winning Coach of the Year for me is a reward for the entire team, which I think is deserved,” Marsch said. “The trophy is for the whole coaching staff, as we have worked so well together. Losing players in winter brought us even closer together.”

The former New York Red Bulls head coach and RB Leipzig assistant became the first American born and raised manager to win a European title and a domestic double after clinching the league title last weekend. Marsch also his Salzburg players roll to an Austrian Cup title after a 5-0 win over Austria Lustenau back in May. 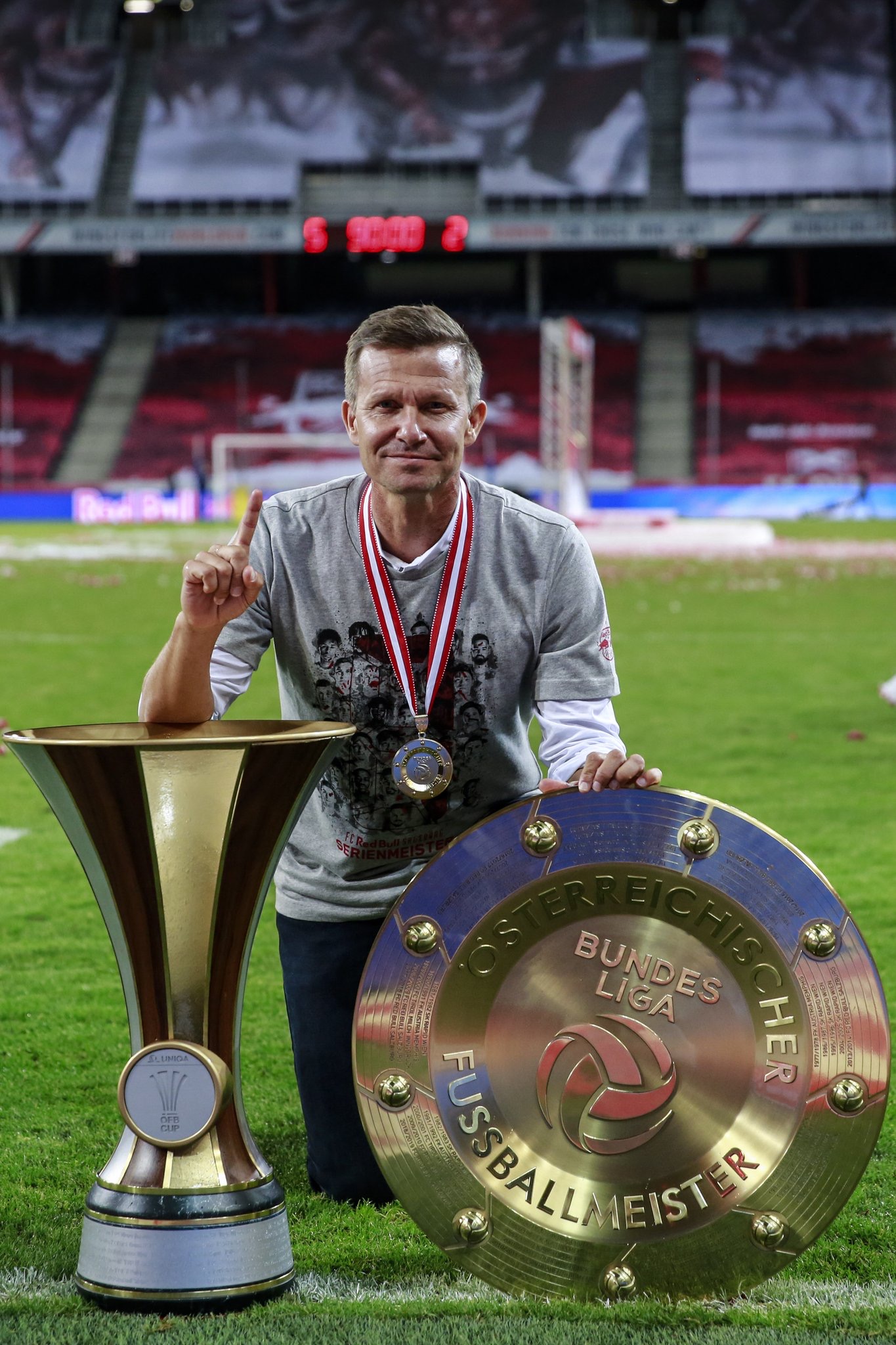 Despite losing star players Erling Haaland, Marin Pongracic, Takumi Minamino back in the January Transfer Window, Salzburg continued on the path to success this season and Marsch was a major reason for it.

Salzburg got a major boost in claiming the league title earlier this Spring after moving into first place following league actions. Then-league leaders LASK was docked 12 points for breaking social distancing rules by conducting full training sessions before they were permitted.

Salzburg rolled to an 11-match unbeaten run in all competitions since its return to domestic action back in May. Marsch’s team posted a 9-2-0 record in that span, while scoring three goals or more in eight of those 11 matches.

The club also posted a 2-1-3 record in the UEFA Champions League this season, earning a pair of wins over Belgian Pro League side Genk and a road draw at Serie A side Napoli. Salzburg also pushed current EPL winners Liverpool to the edge in 4-3 and 2-0 defeats also in group stage play.

Salzburg dropped into the Europa League Round of 32, but unfortunately were eliminated by Bundesliga side Eintracht Frankfurt after a 6-3 aggregate scoreline.

With the season over, Marsch will now look to retool the squad for a push towards more trophies in 2020-21′. The club will return to the UEFA Champions League after winning the league, seeking a first-ever knockout round berth.