MLS is Back: Mueller’s brace leads Orlando City past NYCFC 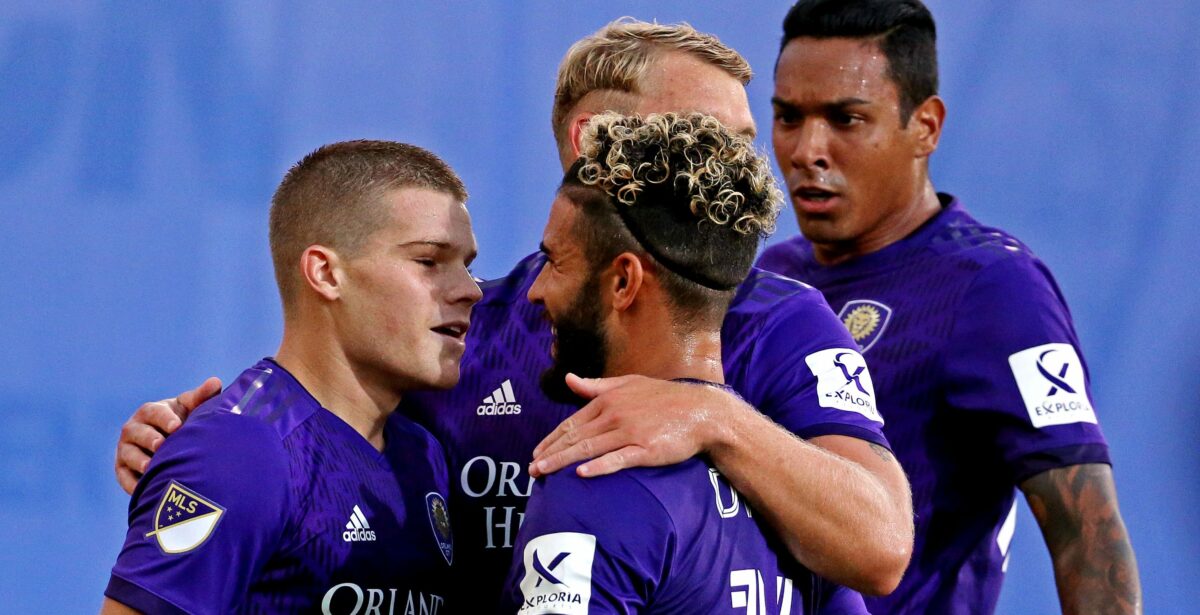 KISSIMMEE, Fla. — In order for Orlando City to move closer to securing a spot in the knockout stage of the MLS is Back Tournament, the Lions had to do something they haven’t done in two years: win back-to-back games.

A two-goal performance from Chris Mueller and a late finish from Tesho Akindele secured the Lions a 3-1 victory over New York City FC during Group A action at the ESPN Wide World of Sports Complex.

The Lions opened the scoring early when a free kick from Joao Moutinho connected with Mueller, who struck the ball past Sean Johnson in the fourth minute.

Mueller secured his brace and doubled the lead moments later in the 10th minute when a cross from Ruan made its way to Dom Dwyer, who headed down the ball, finding Mueller unmarked to hit the shot from close range.

NYCFC pulled one back in the 38th minute when Jesus Medina hit a volley from outside the box past Pedro Gallese.

NYCFC, which was playing without Maxi Moralez due to injury, kept the pressure on, testing Gallese for most of the second half.

Tesho Akindele scored Orlando’s third goal in the 81st minute after heading a rebounded save from Johnson.

The win marked the first time since the 2018 season that Orlando won two consecutive games, which occurred during a six-game winning streak that eventually turned into a disastrous season for the Lions.

The Lions provisionally sit atop the Group A standings with six points as they take on the Philadelphia Union on July 20 at 8 p.m.

NYCFC wraps up Group A as well that same day, but against Inter Miami at 9 a.m.

Chris Mueller: A two-goal performance in the opening 10 minutes of the game and four goals in four games for Orlando City this year.

Mueller’s Brace: The 23-year-old attacker’s run of form continued on Tuesday, scoring his pair of goals in the first 10 minutes of the game and now leads MLS’s return to play competition with three goals.

NYCFC backline: New York City’s defense was caught sleeping on both of Mueller’s goals and was torn apart on Orlando’s third goal.