MLS is Back: Pineda’s late goal pushes Fire past Sounders 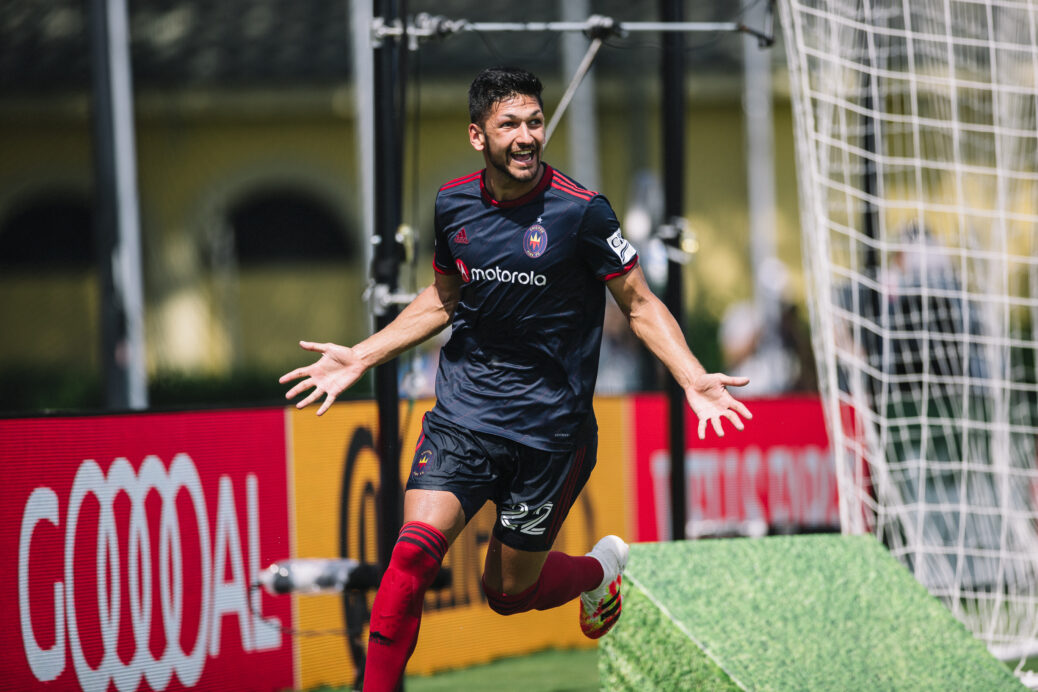 The Chicago Fire allowed a lead to slip away before ultimately losing the Seattle Sounders in their regular season opener back in March.

The Fire refused to let it happen again.

Rookie centerback Mauricio Pineda scored his first professional goal in the 84th minute and it gave the Fire a 2-1 triumph over the Sounders in the MLS is Back Tournament on Tuesday morning. Just as they had in their previous meeting four months ago, the Fire struck first in the second half via a Robert Beric finish that was later canceled out.

This time, however, the Eastern Conference side did not give up another goal and instead found a winner in the 84th minute. Pineda took advantage of a flubbed clearance from Jordan Morris on a corner kick and fired home on the half-volley at the back post.

The Fire, who were on the wrong end of a 2-1 result against the Sounders back in Week 1, opened the scoring in Tuesday’s Group B showdown seven minutes after halftime. Sounders centerback Xavier Arreaga misread a long ball, and Beric pounced on the mistake before racing towards goal and finishing with aplomb.

The Sounders pulled level in the 77th minute when Jordan Morris picked out fellow substitute Handwalla Bwana in front of the net. Bwana scored with ease, but the tally would not spark another dramatic Sounders comeback. Rather, it was the Fire that tallied late this time to take maximum points.

The Fire are set to play their second game of the tournament on Sunday against the San Jose Earthquakes. The Sounders, who currently have just one point from two matches, will close out their group stage schedule that day vs. Cascadia Cup rivals the Vancouver Whitecaps.

Mauricio Pineda: The rookie not only scored the late winner on a corner kick but also played well at the back, helping the Fire’s five-man back line limit the space the Sounders could play in and holding Ruidiaz to just one clean look.

Opening The Pro Account: Pineda smartly anticipated the ball would get through a crowd on the decisive corner kick in the 84th minute, and his focus allowed him to smack home his first professional goal from in close.

Nicolas Lodeiro: The Uruguayan playmaker just did not have it on the day. He got on the ball often, but was unable to make much of an impact in the final third. The Sounders needed more from him.