Sounders vs. LAFC, TFC vs. NYCFC headline MLS is Back Round of 16 pairings

A pair of high-profile rematches of 2019 MLS playoff clashes, including a meeting between pre-tournament favorites Seattle Sounders and Los Angeles FC, headline the round of 16 pairings at the MLS is Back Tournament

The schedule for the Round of 16 was finalized on Thursday night with the completion of group-stage play, and features Monday’s clash between the defending MLS Cup champion Sounders and reigning Supporters’ Shield winners LAFC.

Jeremy Ebobisse’s late equalizer prevented a potential Portland Timbers-Sounders clash, sending the Timbers into a Tuesday meeting with Round of 16 underdog FC Cincinnati.

Now LAFC will meet the same Sounders team that eliminated Bob Bradley’s team from the 2019 playoffs on its way to the MLS Cup title.

Meanwhile, Toronto FC and New York City FC square off on Sunday in a rematch of the 2019 MLS playoff battle won by TFC on its way to the MLS Cup final.

The Columbus Crew, the only team to post a perfect 3-0 record in group play, face Minnesota United (1-0-2) on Tuesday in a match-up of unbeaten teams.

All of the tournament’s remaining matches will continue to be held at the ESPN Wide World of Sports Complex in Orlando, Florida. The tournament final is scheduled for August 11th.

Here is a full rundown of the Round of 16 schedule, along with the graphic laying out each team’s path to the final: 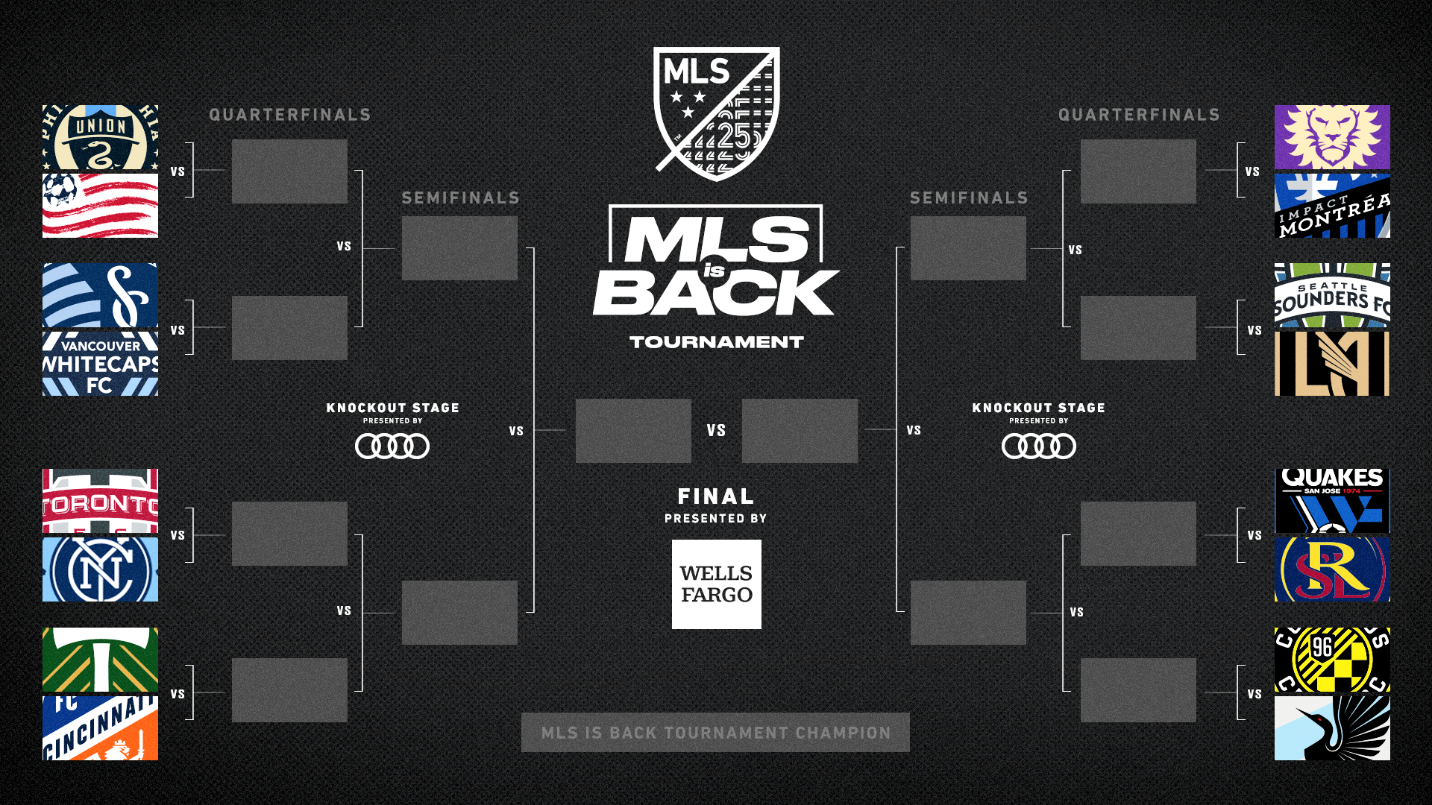